Having fun on the job is a common denominator for the Alumni of the Year: Mihai Aldén, Oscar-winning developer at DreamWorks Animation in Los Angeles, and Kajsa Andersson, award-winning vice-chancellor for Skäggetorpsskolan. They talked about their choice of career paths at a ceremony on Campus Valla. 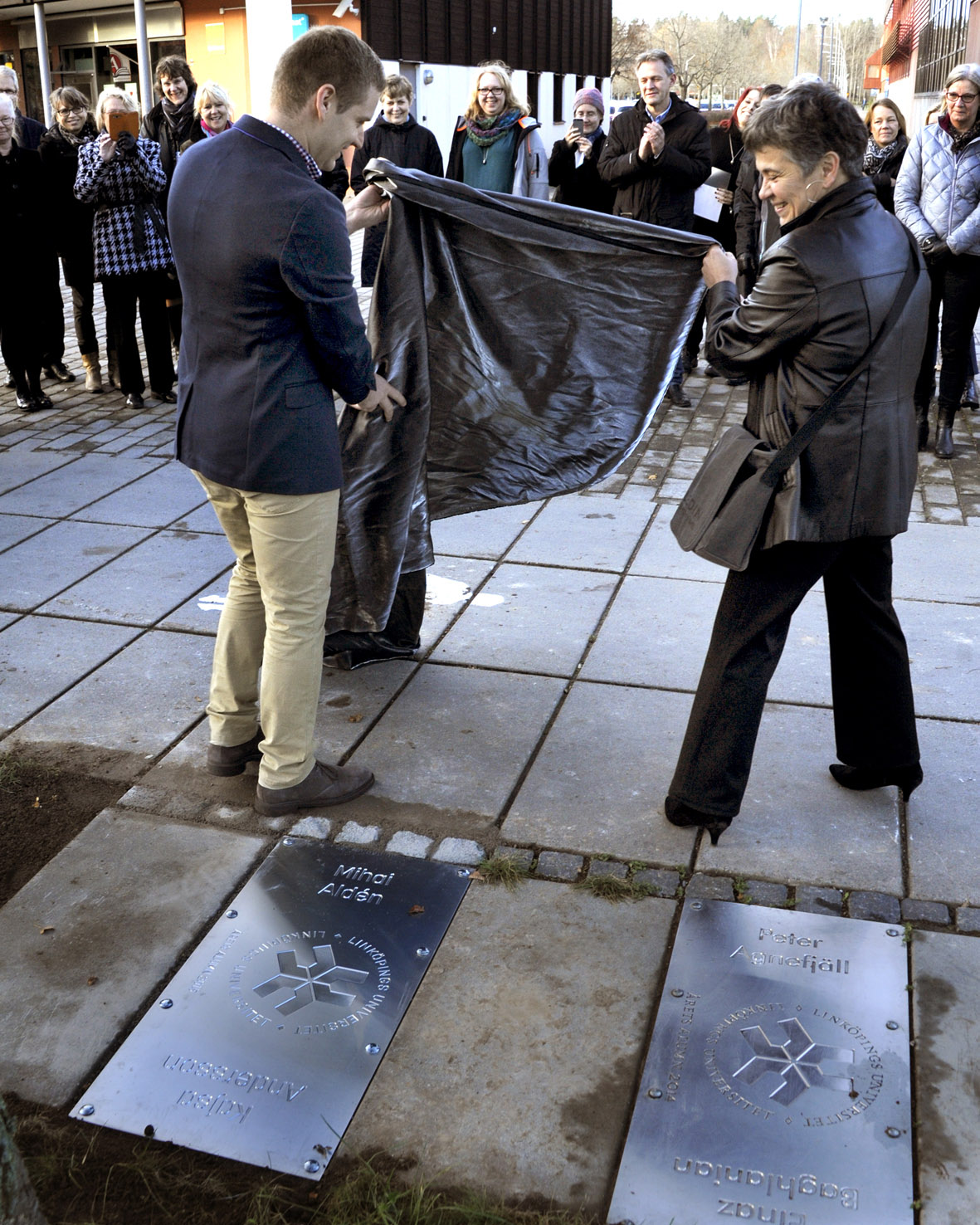 Foto: GÃ¶ran BillesonThe Alumni of the Year celebration started back on the morning of 10 November outside Origo Building, when Mihai Aldén and Kajsa Andersson unveiled a shiny new flagstone with their names. The alumni’s own Walk of Fame now includes five flagstones with the names of all the Alumni of the Year since 2011, when LiU awarded the distinction for the first time.

Deputy Vice-Chancellor Karin Fälth-Magnusson did her best to make herself heard above the brisk autumn wind and JAS planes passing overhead.

“It’s important that our students see what they can become when they grow older. Now we’ll think of you, Mihai, every time we see a film with awesome effects – it’s thanks to him, and he is our alumnus. And you, Kajsa, inspire us through your fantastic good leadership, in which you overcome chaos and get things to work.”


Alumni of the Year celebration

After the unveiling, the Alumni of the Year were taken by their respective faculties to the big event of the day: the ceremony in C Building. Students, employees, and alumni gathered outside auditorium C4 for a mixer with sandwiches and cider.

Daniel Nilsson and Denice Ortega are studying English and had taken a break from their studies to listen to the Alumni of the Year.

“I needed to do something else for a while, besides sitting shut up in my bunker,” Mr Nilsson said, jokingly.

“It’ll be interesting to hear a Swede who’s been so successful in Hollywood,” Ms Ortega added.

The ceremony opened with celebratory songs for the Alumni of the Year by the Linköping students’ burlesque. Ms Fälth-Magnusson and Head of Alumni Camilla Smedberg welcomed everyone. Then Ms Andersson, alumna of the teaching programme and pedagogical work, took the stage.

She thought it was great, as a vice-chancellor, to be recognised as Alumna of the Year, but was careful to point out that it was not a question of a ‘one-woman show’. She illustrated the point with a picture of Skäggetorpsskolan’s 101 employees. Every day, they meet 360 students from all the corners of the globe – only 3 percent of them have Swedish as their first language.

Important to see the employees 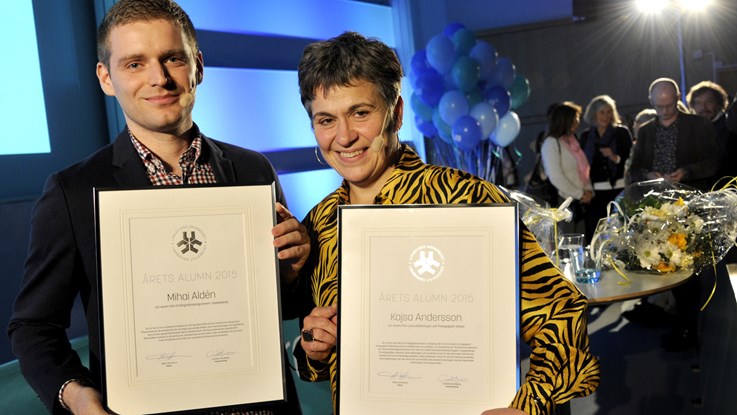 Foto: GÃ¶ran BillesonShe spoke about leadership, and how important it is to see her employees.

“People and meetings are my lifeblood; for me, involvement means having a strong presence. Taking the time, even if you have a busy schedule.”

One way of maximizing time and simultaneously bringing in experiences from the world of research is to have meetings in the form of focus group discussions. It’s effective, and an occasion for learning – both for the employees and for Ms Andersson herself. Another opportunity for linking to research is working in projects, and she talked about a collaboration with Apple to develop the use of tablets for learning in education.

An additional success factor is daring to show pleasure in the task. Then it’s so much easier to reach further – perhaps all the way to the school’s vision of educating the Nobel Prize winners of the future.

“A big laugh at work every day is a must!”

Mihai Aldén, alumnus of the Engineering programme in Media Technology, also started off by thanking LiU.

“Without my education from here, I wouldn’t be where I am today.”

He spoke about how his high-school class was on a study visit to the Media Technology programme, and how he was so inspired by the student projects that he felt compelled to come back the day after – when there was an open house – to get to see them again.

“What I remember most from LiU is all the involved, helpful teachers. You could always go to them and ask, and get help. It was an invaluable resource that I made use of a lot.”

During his studies here, he built up a large portfolio of projects that opened doors when he applied to DreamWorks Animation in Los Angeles to do his degree project. He then received a permanent job as a developer and was part of producing the OpenVDB tool, which is used to create advanced special effects in films. Among other things, all the films nominated for Oscars for best visual effects in 2015 got help from OpenVDB.

Earlier this year, Mr Aldén’s efforts were recognised with a technical Oscar.

“It was proof that we’d done something many people found useful. It was really cool, but we’re not finished.”

New challenges await. Things such as artists being burdened more and more with data management.

“We need to develop tools that free them up, and let them be more creative. I hope there are students at LiU who would like to come and help us figure out how that will get done.”

One guess is that there are many who are eager for this, and many who feel inspired by the Alumni of the Year. In any case, it was standing room only at the podium when Ms Andersson and Mr Aldén received their diplomas, as people wanted to talk with them, ask them questions, and congratulate them.