"I want to make a difference"

The experience of being a refugee herself led to Suad Ali working with refugee issues at national and international level. Her aim is to become a diplomat, so she can try to fight poverty and injustice. 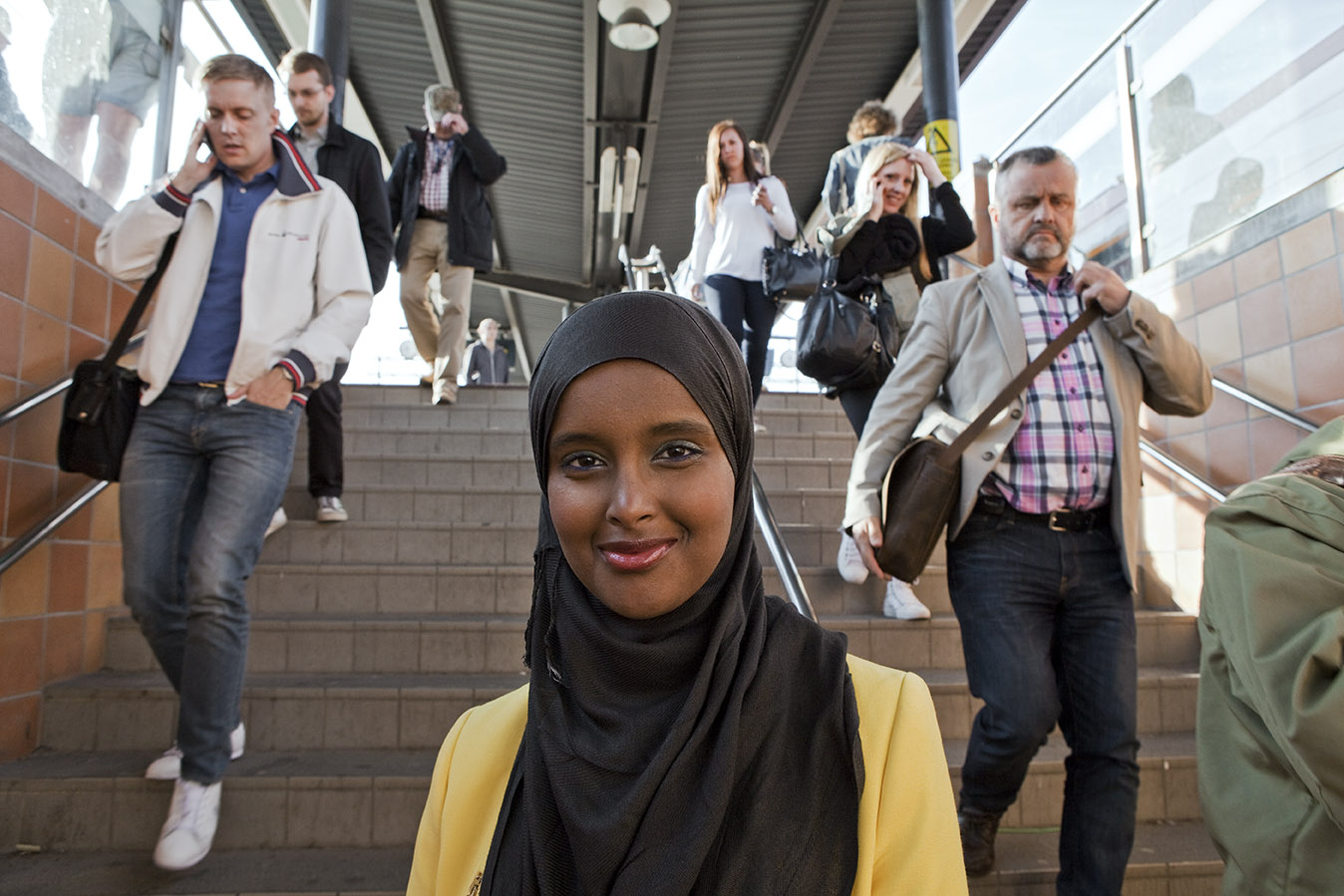 Getting hold of Suad Ali for an interview is not easy. Her assignments follow one after the other. “Next week I’ll be in Geneva on official business, and the week after that I go to Nairobi and the Dadaab Camp in Kenya for two weeks,” she emails me from her workplace at the Swedish Migration Board. Suad Ali has just started a new job, where she works both as a development manager to reinforce Sweden’s reception of quota refugees as well as taking part in a UN assignment to find 30,000 new places worldwide for Syrian quota refugees. Sweden is leading these efforts.

When at last we meet over a quick lunch, Suad Ali has just returned from the refugee camp in Kenya, where 500,000 people reside, many since the 1990s. 150 quota refugees have been selected from there by the UN’s refugee body UNHCR, to be given a new homeland in Sweden. All are from Somalia, and she met them at the UN’s office at the camp.
“They were good meetings. They asked a lot of questions, and we informed them about Sweden, as a way of facilitating their integration.”

Only a year ago, Suad Ali was still a student at Linköping University, where she studied political science. Since then she has made good progress in her career, via a long line of assignments during her years of study, commitment to foreign policy organisations and summer work at UNHCR aimed at highlighting the situation of refugees worldwide.
“My roots are in Somalia, so I can relate to the issues – they feel close to me.”

This is what drives her. She can identify with the people she meets, for example in Kenyan refugee camps. It could have been her and her family who ended up there in the 1990s, instead of in Sweden.
“I want to do something for other people, this is my main driving force. Even if I only make a difference for one person, I’ve done well.”

During her years as a student, she worked constantly with various charitable projects. She led groups of schoolgirls with backgrounds in other countries to pep them to believe in themselves and to fulfil their dreams. In 2011 she started a collection to benefit starving people in the Horn of Africa.

“It began on a small scale, with me baking bread and selling it to raise money. Then a few more people got involved, we started going around knocking on people’s doors, organised collections around town, spread the message via social media. It grew into a huge thing, loads of people got involved and really wanted to help. We were interviewed by the papers and TV. In three weeks we raised 60,000 crowns, which we donated to Doctors Without Frontiers and the aid organisation Islamic Relief.

Suad also started other information evenings aimed at getting more young Somalis to study at university, after seeing statistics that Somali groups are under-represented at Swedish universities.
“Both parents and young people came, it was full every time. We discussed the causes for the low figures, and the young people got to meet Somalis who have studied at university, so they could get real-life role models.

She believes that diplomacy has the ability to change the world, if only in a slightly better direction.
“It’s one way of influencing. I would really like to be Sweden’s representative for international issues.”

The UN headquarters in New York City is her dream workplace. Or the Swedish embassy in Kenya.
“They have a Somalia section that works with development issues for Somalia. I’m impressed by the work they do there.”

But for now these are simply Suad’s dreams for the future. At the moment, what mattersis her work at the Swedish Migration Board. 40 million people around the world are refugees. If she can make life easier for some of them through her work, she will be satisfied.
“It’s so very important that you do what you can, irrespective of whether it’s a lot or a little. I know that I can make a difference, and everybody else can as well.”