A cool challenger in the semiconductor industry

Base stations for a rapidly expanding mobile network, radar for fighter planes, communicating satellites... The founders of the clone company Classic – four semi-conductor researchers from the Department of Physics, Chemistry and Biology – appear to have an encouraging market for their products.
“We have a product we believe in, high quality gallium nitride, which compares equally with what Cree, the world leader in the market, can offer,” says Urban Forsberg, reader and lecturer who, like his co-founders Olof Kordina and Jr-Tai Chen, is very much at home in Professor Erik Janzén’s successful semiconductor materials environment.

Their material is tailor-made for a new type of transistor: the HEMT (high-electron-mobility transistor), made using four different semiconductor materials. 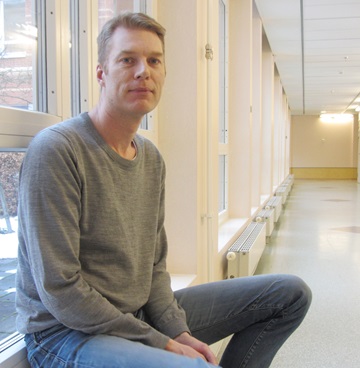 “Gallium nitride is one type of semiconductor that can deal with the extremely high capacity required for the wireless communication and radar of the future. More and more things in our world are connected wirelessly nowadays – cars, refrigerators, watches... This means that base stations also need to be built closer to one another,” Mr Forsberg says.

Today, around five billion people are connected to some form of wireless device. It is estimated that by 2020 this figure (in other words, we) will be four times greater. The need for high capacity components will be huge.

“Our components can operate at lower temperatures. This saves energy, as the need for cooling is diminished. In order to increase reliability we use isotope-pure material,” says Mr Forsberg.

An HEMT transistor rests on a substrate of silicon carbide. In its natural state, silicon contains isotopes with an atomic mass number of between 28 and 30. By only using silicon with atomic mass number 28 – 14 neutrons and 14 protons – it is possible to increase the thermal conductivity by almost 20 per cent.

The development work began from scratch, and the quartet immediately came up against embargoes and industrial secrecy. Now they have established themselves at the root of the production chain for the new transistors, working with a number of partners further up the chain. The major presence in the industry is UMS – United Monolithic Semiconductors. The materials are delivered there in the form of wafers. In a 2013 trial production run, all the components manufactured using the Classic process were free of defects. 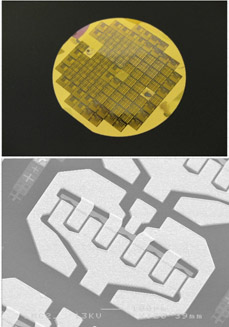 “But things got off to a bad start. The first samples split and people were talking about ‘the broken wafers from Linköping’. But we recovered from that,” Mr Forsberg says.

The company received professional startup help from LiU Holding and spent a period in an incubator with LEAD. But in order to make the startup safe, finance from major companies and venture capital is needed. The vital requirement for investment is a MOCVD (Metal Organic Chemical Vapour Deposition) coating machine.

Graduated from the LiU Technical Physics and Electrical Engineering programme in 1996. After his graduation project at ABB, he had one foot in the industry. But rather than taking a secure 9-to-5 job he was abducted by Erik Janzén: “Urban, you’re going to do your PhD with me – and I won’t take ‘no’ for an answer!”

He rapidly earned his PhD and moved quickly on to a career in research tied closely to industry. After a couple of years with the Finnish company Okmetic, which started up the Norstel silicon factory in Norrköping, he returned to Fysikhuset Building on Campus Valla.

Running a business is stimulating but tough as well:
“It’s an important and enjoyable thing to clone companies off from the university. But it is an exacting task, especially if like me you have two little ones at home who don’t sleep at night!” 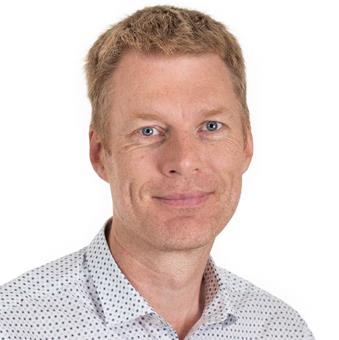