Researchers from the Linnaeus Centre HEAD presented new results for leaders in the field of cognitive hearing at a four-day conference in Linköping. 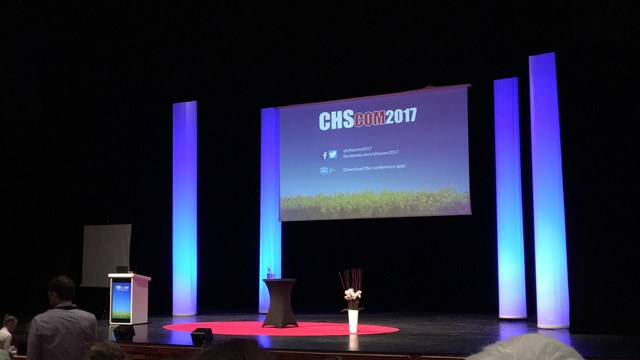 Hearing loss can lead to reduced volumes for certain parts of the brain. This places extra load on the resources available to the brain used to process speech. As a consequence, the capacity of the working memory has a profound effect on hearing, and this is particularly so in noisy surroundings. These are the conclusions of research presented at a conference in cognitive hearing held in Linköping. Mary Rudner, professor at Linköping University, presented results about structural changes that occur in the brains of people with impaired hearing. Together with researchers at HEAD in Linköping and three research centres in Australia, Mary Rudner has had access to Biobank UK. This is a large biobank with information from more than 500,000 people in the UK, who have been followed for many years. The study has used data from 8,500 people, and the researchers have looked at images of the brain. They have collated these results with data from hearing tests and cognitive tests.

The results show that the volume of grey matter in the brain decreases in those with impaired hearing. This had been shown in previous research, and it was expected that the regions where the volume is reduced would be those associated with hearing, since these regions are not receiving signals from the ear. The new results show a link between functional hearing loss and a reduction in the volume of specific parts of the brain. Certain parts of the brain that the study identified were no surprise to the scientists, while others were unexpected. They showed that hearing loss affects the brain’s resources for processing speech in challenging listening conditions, and increases the load on them. The particular regions of the brain that were affected were networks of nerve cells that participate in cognitive control, planning movement, recognising people, and long-term memory. Mary Rudner believes that studies to distinguish between the effects of cognition and hearing on the networks in the brain involved in hearing and language would be useful.

Research in the conference themes was also presented in four poster sessions. One such theme was communication in challenging conditions. The cerebral cortex is the location in the brain of cognitive functions such as thinking, memory and learning. Together with the ear, these regions constitute the physiological and cognitive basis of hearing. In people with normal hearing, a sound is processed in a few thousandths of a second. The sound is captured by the ear, the brain interprets it as language, and the words are retrieved from the long-term memory. Problems arise for those who have impaired hearing and those who are in noisy surroundings. The brain must resort to other methods to understand incomplete sounds. In this case, hearing is supported by the working memory. Thus, the capacity of the working memory may have a profound effect on hearing, when listening takes place in challenging conditions, such as against significant background noise. Ambient noise can also affect concentration, which is another factor to consider when investigating hearing in challenging surroundings.

Hanna Bönitz is a research student in the Clinic for Laryngology, Rhinology and Otology at Hannover Medical School. This was her second visit to Linköping, and she found it 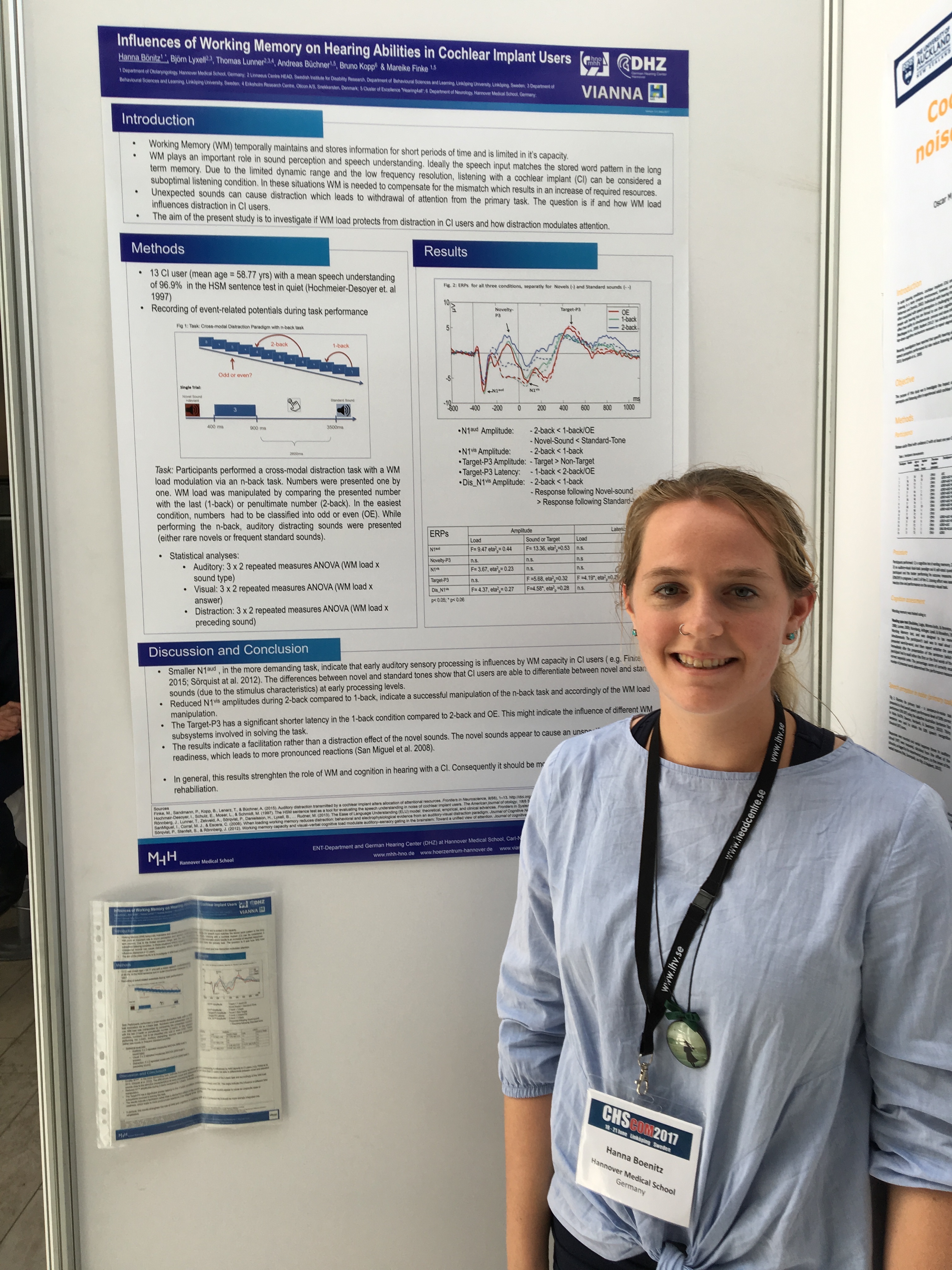 Hanna Bönitz, PhD student at Hannover Medical School. Photo: Susanna Lönnqvist. rewarding and interesting to meet other researchers in a relatively narrow field of research. She presented her study of how working memory can influence hearing in people with cochlear implants, where the hearing aid is located in the inner ear. The subjects carried out tasks that placed the working memory under different levels of load. While carrying out the task, they were exposed to sound distractions, either everyday but rather uncommon sounds, such as a doorbell, or neutral sounds, such as a beep. The scientists measured activity in the cerebral cortex by EEG.

“We saw that the early processing of sound in the brain is influenced by the amount of load placed on the working memory, and that people with cochlear implants can distinguish between the different types of sound. Furthermore, the everyday sounds seemed to create a form of preparedness, and contributed to maintaining concentration, rather than breaking it,” says Hanna Bönitz.

Hanna Bönitz points out that these results strengthen the idea that cognition and working memory are highly important for the hearing process with the aid of a cochlear implant, and that this should be taken into consideration during rehabilitation.

The Fourth International Conference on Cognitive Hearing Science for Communication, CHSCOM2017, was held in Linköping 18-21 June 2017. Cognitive hearing science looks at the role of the brain in hearing. The conference was arranged by the Linnaeus Centre HEAD (Hearing and Deafness), a research centre formed in collaboration between Linköping University and Örebro University. The conference attracted 176 participants from 18 countries – a high level of international participation. The themes of the conference were communication under challenging circumstances, brain plasticity, and translational cognitive hearing science, which discusses how research results can be applied.