Astronauts to space via Norrköping

Experienced astronauts who are impressed by looking at images of space? Yes, it is possible – at the Visualisation Center C at Campus Norrköping. 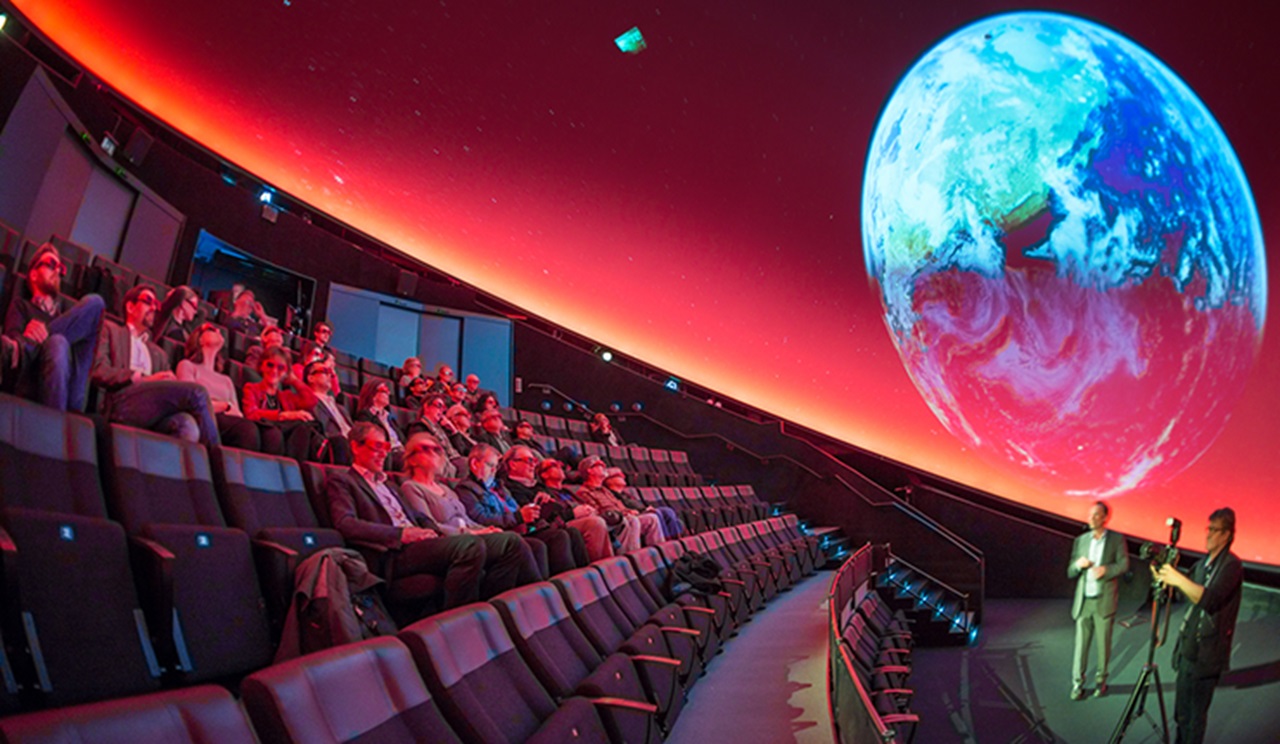 In April, twelve real-life international space travellers visited the Visualisation Center’s dome theatre, with Swedish astronaut Christer Fuglesang at the controls. Without rockets, risk or space suits, they travelled further than any human has gone before.

“Wow, that’s the most amazing thing I've seen since we came to Sweden.”
“I’m deeply impressed, it was absolutely magnificent.”

Praise is raining down on the Visualisation Center’s show, which has it origins in research and graduation projects at Campus Norrköping.

The group of astronauts and cosmonauts are in Sweden to put the final touches on an international conference that will take place in September. It will be organised by ASE (Association of Space Explorers) who are arranging everything, including space tourists who travelled in orbit round the earth. They have a total of about 400 members from 36 nations.

And it is no ordinary film the Visualisation Center is showing; it is a live show built from a large amount of data. Data from satellites, sensors and vessels in space, observations from the earth, and theories about the properties, origins and development of the universe. Measurements can be in density, temperature, luminous energy, occurrence of various substances and so on.

And the data, processed into images that move around the spectator in the dome, is often only one week old.

“In principle here you can experience the whole journey from the streets of Norrköping to the estimated birth of the universe, the Big Bang,” explains Therése Eklöf, CEO of Norrköping Visualization AB, which operates the public activities at the Visualization Center.

The six projectors in the dome form a seamless image round and above the visitors with their 3D glasses. Without being noticed the glass opens and closes 120 times per second so as to show two slightly different films in each eye. The film images are slightly out of synch with each other giving the impression that the viewer sees depth, as in real life.

So the journey moves through time and space, and the participants get to choose the route. Pop over to Mars? Easy to sort for today’s man at the helm, Professor Anders Ynnerman. He informs technology manager Miroslav Andel and PhD student Alexander Bock, who are at the controls behind the audience. Turning the universe around to look behind the stars is no problem either.

“I have people in the wings who can help if the guests have unexpected requests,” Professor Ynnerman explains before the show. 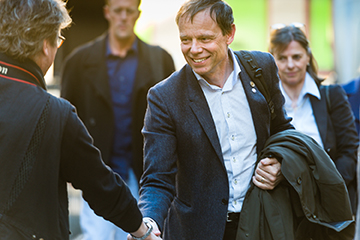 Christer Fuglesang has worked repeatedly with Professor Ynnerman and collaborated in the Visualisation Center’s film Rymdresan (The Space Journey). Both of them wanted to be astronauts; Professor Ynnerman drew the short straw, but now he “travels” more often and deeper into the universe thanks to the research. 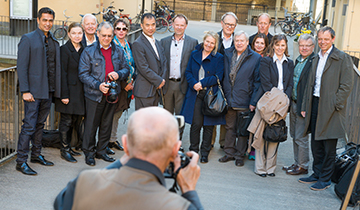 And to judge by their comments the experienced space travellers feel at home:
“I’ve got to come back here. This way I can share my experience in space with friends and family.”
“This place is fantastic, you have done an amazing job in a short time.”

The astronauts’ conference is held in a different country each year and consists to a great extent of outreach activities, for example visits to schools. This autumn they will be touching down in Stockholm, the Mälar region, the counties of Östergötland and Småland.

Live shows are based on the software UniView, which is licensed to the spin-off company Sciss AB, led by LiU alumnus Staffan Klashed.