Balancing its temperature artificially – can Sweden do it?

Anders Hansson is driven to investigate the big, unexplored questions. He studies climate manipulation, in particular BECCS – bioenergy with carbon dioxide capture and storage. This technology, though not yet proven, could end up having an impact on how Sweden and the rest of the world fulfil the environmental aims of the Paris Agreement. But can it be implemented in Sweden? Anders Hansson plans to find out 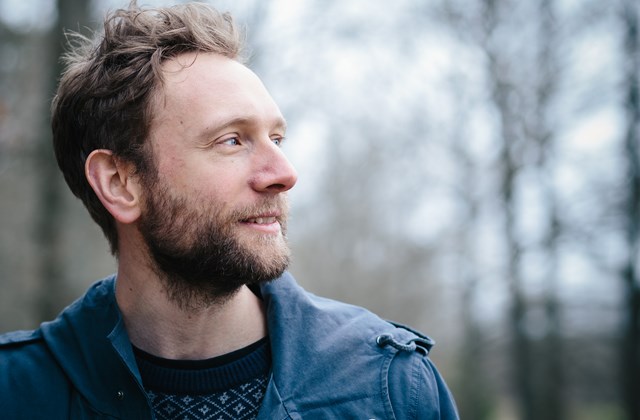 “There’s a paradox in the Paris Agreement. It’s based on technology that hardly exists, yet it forms the basis for the aim of limiting the increase in the global average temperature to less than two degrees,” says Anders Hansson, technology sociologist and docent in technology and social change at Linköping University.

He is referring to the BECCS technology, where the carbon dioxide that is created as a by-product when the biomass used in production is captured and stored. For instance, carbon dioxide from paper mills or biofuel production can be taken and kept underground. Then a corresponding amount of new biomass, such as forest that binds carbon dioxide, is planted. The entire process aims to reduce carbon dioxide levels in the atmosphere, and, eventually, to slow global warming.

“However the technology is in its infancy and has only just begun testing in a few locations. It might never work at the global level as specified in the Paris Agreement,” says Anders Hansson.

In December 2016 the Swedish Research Council Formas granted Anders Hansson SEK 3 million to study whether BECCS is suitable for large-scale implementation in Sweden, and be part of a system transition. He is in the start-up phase of the study, which will include a review of previous research as well as interviews. The project can be seen as a natural continuation of the research he has conducted with the LUCE research group at Linköping University, which investigated climate manipulation, or geo-engineering, from various points of view.

A social sciences perspective on a technical subject

It was during his time as a PhD student that Anders Hansson became interested in whether different types of climate manipulation could be a solution to global warming. Some of the technologies that were in fashion were seen as miracle cures, a view he found fascinating but naive. Previously he had not put much thought into issues relating to climate and the environment. He came to this place by chance.

“I studied sociology and economics, and when I graduated there were no jobs. But I found a doctoral position that I could apply for.”

“I was free to select the topic for my thesis, so why not take the most controversial one? I chose to investigate CCS, a technology that is climate manipulation ‘light’. It was seen as a miracle cure – we could continue to burn fossil fuels, just like always. Afterwards we would bury the carbon dioxide in the ground. It was a fantastic topic! As unreasonable as it was interesting. And from a social sciences point of view, it was completely unexplored.”

There are some 40 potential technologies for the technical manipulation of our climate – from sci-fi style solutions that resemble the effects of volcanic eruptions and space mirrors to the less controversial ones that Anders Hansson studies. There are many different definitions and opinions on what climate manipulation is – and is not. And whether it has positive or negative effects on the environment. This makes it difficult for the various parties to agree. Some, according to Anders Hansson, would argue that the subject of his research, BECCS, is not climate manipulation. But as a technology sociologist he points out that the technology stems from the same approach as other technologies for climate manipulation. That is, that the temperature can be lowered through artificial means.

An important question in Hansson’s new research project concerns biomass. Will the Swedish forests, plants and land be sufficient for such large-scale use?

“There is a lot of interest in the forests. We want to produce more buildings out of wood, we make paper and sanitary products and now there is talk of making clothes from wood fibres. Plus, we need forest left for recreation, biodiversity and to bind carbon dioxide in the traditional way.”

In the interdisciplinary sciences it is not uncommon that a researcher’s topic changes during the course of his or her career. This is what makes interdisciplinary research so stimulating, says Anders Hansson.

“On the other hand, if I had devoted myself exclusively to sociology for 20 years, I would have been an expert by now.”
But when it comes to technologies related to climate manipulation, he is well on the way. Nine years have passed since he started researching climate manipulation, and the SEK 3 million from Formas is recognition that his research is of value. And he still can’t think of anything more interesting to study.

“What we choose to do with the environment is absolutely critical, and will affect all of humanity. This fact is what drives me in my research.”
He also sees that as a researcher, he has a duty to share what he learns. Research can deliver benefits even if it is not published in scientific journals, and read by other researchers.

“Society and our politicians need to learn more about these technologies, and how unproven they are, if they are to understand the Paris Agreement. As it stands, the agreement gives the impression that it is fully possible to limit the temperature increase to two degrees, while hardly changing our behaviour. Few people have realised the extent of the social changes that are required.”

The extent of these changes, and the challenges involved in a large-scale implementation of BECCS in Sweden – we will know more about these in four years.

Name: Anders Hansson
Age: 38
Home: Soon in an old English terrace house in Norrköping
News: In 2016, the Swedish Research Council Formas awarded him a grant as “Future research leader” for his studies in negative carbon dioxide emissions. Together with Simon Haikola he received SEK 5 million from the Swedish Research Council for the project “Conflicting ambitions for the use of biomass – Sweden, Tanzania and the world”.
Interests: In addition to racket sports, he plays strategy board games, video games and reads books.
Motto: “A beard does not constitute a philosopher.” (Plutarch)
Role models: J-O Waldner, Zara Larsson and Leo Tolstoy