Being an outsider is not a simple concept

In politics, being an outsider carries a heavily loaded negative image. But the question of what belonging, and being an outsider, actually are is a complex one. If we oversimplify it we run the risk of coming up with solutions that are oversimplified and hence do not work, social work researchers warn. 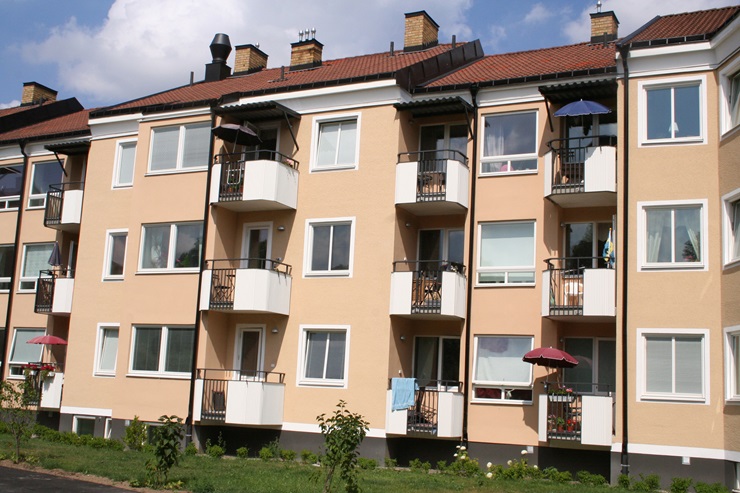 “Everyone should be included”. We all recognise this image of a homogeneous, forward-moving society where no one is left out. This is a powerful political ambition. But the question is: Left out of what? And is inclusion always the right solution?

This and other troublesome questions are posed by researchers Werner Schirmer and Dimitris Michailakis, who both work in the Division Social Work at Linköping University.

“Modern society is so differentiated and specialised,” says Mr Michailakis. "Everyone is included somewhere and excluded somewhere. And we cannot say in advance that in every case it’s good to be included.”

Obvious examples would be criminal gangs or Nazi groups. How positive is it to be included in them? A less obvious case is where children with special needs are included at all costs in normal school classes, instead of having classes for special needs. Is this always the best solution?

“Inclusion is often motivated by our desire to achieve equality, but it doesn’t always work in reality. On the contrary, including people can lead to problems and reinforce differences.”

But there is a strong tendency in society to exclude, they conclude. Organisations cannot function without excluding people. Recruitment processes and school grades are two well-known examples of this.

A number of differens systems

“The criteria for exclusion are much more important than the criteria for inclusion,” says Mr Michailakis. “Modern society is built to a great extent on exclusion, processes of selection.”

The researchers base their work on German sociologist Niklas Luhmann’s system theory. He identified a number of different systems in highly specialised modern society, systems that only concern themselves with a single specific aspect of human activity. The economic system, the political system, the education system, the law and healthcare are all examples of these systems. Each has its own logic and only reacts to certain things – “observation codes”, to use Luhmann’s terminology – while remaining totally impervious to others. This functions well if each system looks after its part. But things might go wrong if, for example, the economic system were to manage medical issues. The economic system is not able to react to the sick-healthy code, only to the profit-loss code.

All humans, to some extent, belong to one system or another. But as complete humans, individuals, we do not belong anywhere. Then we are shut out. Hence every individual may be excluded from more, or less, meaningful systems. To be outside both the housing market (homeless) and the labour market (unemployed) entails major problems in contemporary society, contrary to being outside the belief system (religion), for instance. Exclusion may also be what the researchers call cumulative; that is, if we are excluded from one system this can lead to exclusion from several. Losing a job may lead to financial problems and health problems, and so on.

The system is not synchronised either. What may be a problem in one system may be a solution in another.

“For example, unemployment is a political problem, but for the economy it is a solution. It means that wages can be held down, and employers can be very choosy in who they employ, ending up with more loyal staff,” Mr Michailakis says.

No solutions in sight

Social services are a kind of ‘exclusion administration’, the two researchers argue. Social workers are tasked with supporting people who are excluded from several important systems, temporarily or permanently, or who are at risk of exclusion.

“But social services are never able to include people in systems other than their own, where those in need of help are included as clients. Social services can only work to help clients meet the expectations the other systems place on them and thereby make them includable.”

The two researchers also want to explode the myth that everyone is needed. This is quite simply not true, they say. The widespread youth unemployment in large parts of Europe tells another tale.

“In the past Europe was able to export its surplus workforce, to the US, Australia, New Zealand... Nowadays this is no longer possible, and conversely we have a major influx of workers, which creates antagonisms and may lead to conflict. And there are no solutions in sight,” Mr Michailakis says.

The analysis is presented in the article ”The Luhmannian approach to exclusion/inclusion and its relevance to social work”, published in the Journal of Social Work.