Hard coatings have been Johanna Rosén's specialty since she flung herself out into the world of research with a master’s in theoretical physics. Now she’s taking a new, big step with SEK 37
million from the Knut and Alice Wallenberg Foundation as starting capital.

It concerns borides – new alloys of the element boron and one or more metals – a previously unresearched class of materials with exceptional properties. 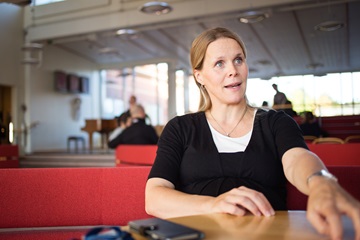 Foto: Anna Nilsen“Over the last twenty years, there has been a lot of research into ceramic materials – oxides, carbides and nitrides. Now we went to test our knowledge of the borides, a large family of both very hard and superconductive materials,” says Johanna Rosén, associate professor in thin film physics at Linköping University.

Now she’s taking her research colleagues and doctoral students on an exciting journey of discovery. What previously unknown borides could exist, and is it possible to manufacture them? As thin films, but also as two-dimensional materials similar to the much-discussed carbon material graphene?

Ms Rosén sees borides as the next generation of hard coatings, a complement to the ceramics that made Sweden a major international player with one fifth of the world trade in cutting tools. One much sought-after property is the ability to treat aluminium without getting stuck in the adhesive metal. The 2-D material could, for example, be of great use in batteries.The project has already begun crawling along with a few promising preliminary calculations.

“All the signs point to our succeeding in our exploratory research. But the great thing about the Wallenberg Foundation is that a failure is seen as proof that we dared to research,” Ms Rosén says.

She feels very lucky as regards long-term funding. Beyond a number of project grants, her research path is edged with important distinctions:

What qualities make you an outstanding researcher?

“I’m curious and positive, focused on what I do, and I think the job is really fun.”

But enthusiasm wouldn’t be enough without a strong infrastructure. Materials physicists work broadly with a number of different materials and technologies, with a lot of theory and calculations at bottom.

“We have fantastic instruments, with Arwen the electron microscope in the lead. When we’ve simulated a new alloy in the computer, manufactured the coating system and then look at it in the microscope, the atomic structure looks exactly like the one on the computer screen. All theory is an approximation of ‘reality’, so it’s exciting that it works so well.”

The coating system, built on physical vapor deposition (PVD) models, is the heart of the thin film laboratory. Ms Rosén is working with three different PVD techniques: cathodic arc deposition, sputtering and high-power impulse magnetron sputtering (HiPIMS). All entail the atoms of the incoming element being deposited and mixed on a surface, layer by layer. Ms Rosén has also designed her own system, nicknamed Hydra, which provides greater flexibility. Her latest effort is a bulk lab, where large quantities of a material can be manufactured more quickly and easily. The different ingredients are placed in a dish to be fused together in a kiln.

She still maintains that she is not particularly practical.

“I know what I want the equipment to manage, and can design a system according to that. But screwing things together and honing the details? There are many others who are better at it.” 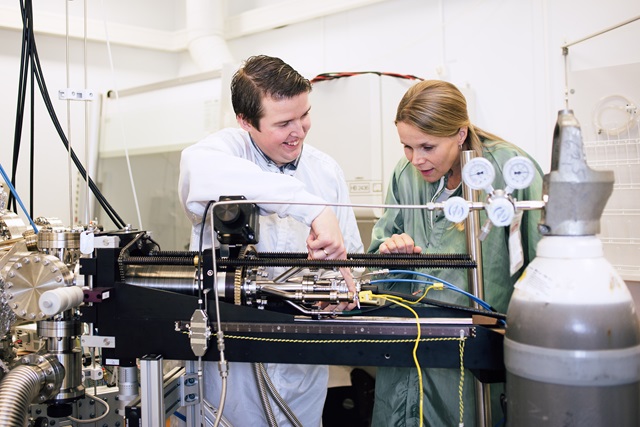 Johanna Rosén and doctoral student Andrejs Petruhins discuss a problem with Hydra the coating system, which Ms Rosén designed herself. 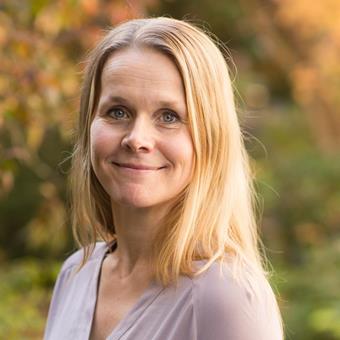