Anna Kaijser, researcher at the Department of Thematic Studies –
Environmental Change, brings out the connections between climate and social relations of power. 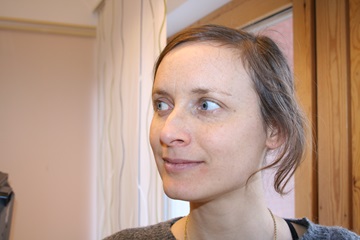 Foto: Eva BergstedtA few minutes with Anna Kaijser, who is researching environmental movements in Sweden, and readily brings out the connection between power and climate in public debate. Why?


“I was just at a large conference in Germany about gender and climate change. There has been a strong network in Germany around these issues for a couple of decades, and they work with political lobbying. In Sweden, this connection doesn’t attract particular attention, even though we are seeing a small amount of growing interest. But gender is only one of several social relations of power. The concept of intersectionality, which I use in my research, also includes factors such as class, ethnicity, age, sexual orientation, and religion. There is ignorance about these social relations of power, linked to climate issues, that we think is important to bring out.”

What do you mean?
“As regards gender aspects, we can state that men are responsible for higher emissions of greenhouse gases, since for example they fly the most, eat the most meat, and drive more cars. But I don’t want to focus just on men, and make them scapegoats. It’s not enough to have only a gender aspect when we talk about power. Instead, we have to acknowledge the social relations of power as a field of knowledge in itself. We need analyses and a deeper understanding of how power works.” 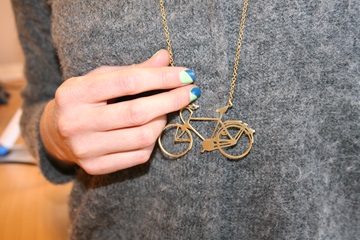 Foto: Eva BergstedtCan you give us concrete examples of how power is bound up with climate?
“Natural catastrophes interact with social structures. The most marginalised groups are hit the hardest. In 2005, Hurricane Katrina killed 1,800 people in the southern United States, but different groups were affected to different extents. The hardest hit were poor Blacks. They had no cars, had worse access to information, worse housing, and couldn’t afford insurance. We can see the same patterns in the natural catastrophes that hit Haiti, for example.

“And in Sweden, we have an idea of what it means to live climate-smart. It’s built more on prejudices than facts, where we see a middle class sorting their garbage and shopping ecologically. But resource consumption and ecological footprints are bound up with income and lifestyle – for example, how well we can afford to fly, or have cars, big houses, and summer cottages. People who live climate-smart may actually be those we don’t think about in these contexts, for example people who live in ‘Million Programme’ public housing and can’t afford a car or to fly, or afford mass consumption. Factors like this are important to pay attention to. If we are going to write out climate strategies for Sweden, they can’t be built on prejudices; they won’t be effective.”

You and your LiU colleague Martin Hultman – who was also at the conference – took the train to Germany. How did that go?
“Great. It was really fun to take the train; we had occasion to work, talk, and exchange ideas. And it wasn’t that expensive, either – around SEK 1,300 from Copenhagen to Berlin, round trip.”