The complexity of the climate change negotiations are a challenge for the research world. Mathias Fridahl, climate change researcher specialising in international environmental policy, has studied why efforts to tackle climate change rarely proceed as the world hopes – even though most people have long agreed on the ultimate goal. 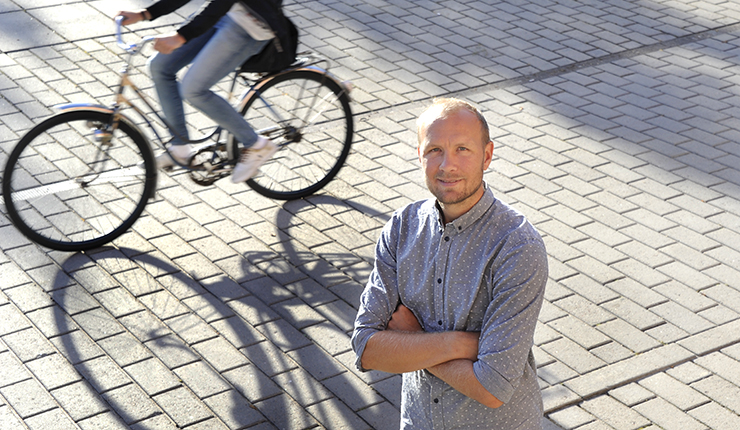 Foto: The United Nations Climate Change Conference in Paris, 2015: 45,000 delegates from around the world. Thousands of government representatives from almost 200 countries, media en masse, frustrated environmental activists, and coalitions of businesses and organisations. Researchers and experts who have fine-tuned their models for years and can present increasingly accurate scenarios, consequences and what actions have to be taken.
Right now. 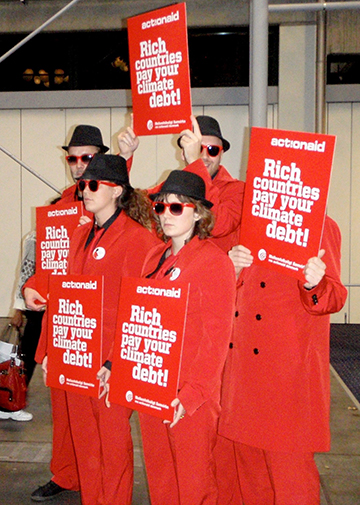 “Essentially, everyone agrees on the aim: the increase in temperature must not exceed 2°C. The decisive question is, how to achieve this aim, i.e. in concrete terms, how will we decrease greenhouse gases,” says Mathias Fridahl, climate change researcher specialising in international environmental policy at LiU’s Centre for Climate Science and Policy Research, and one of the LiU researchers who has been granted access at the conference, COP21 in Paris. In all they are four per week during the two-week conference.
The projects Mathias Fridahl is currently working on all shed light on that question. Which routes are advocated by the various countries and coalitions? On what grounds? Who is delaying – and why?


Exactly. Why are the negotiations so slow?

“The entire process is infinitely more complex than a layperson can imagine,” says Fridahl.
His experience from the international climate change negotiations goes back to a meeting in Bonn in 2006, when he took part as a student observer.
“It was totally confusing. Just understanding all the document codes, different agendas, organisational structures and decision-making processes was difficult. Not to mention the diplomatic jargon, with all the acronyms! On the other hand, it’s important to understand that all decisions are drawn up diplomatically, in consensus, to the very last comma.”
There and then, Fridahl realised that climate change negotiations are attended by completely normal people, often in fairly tired venues, with tech glitches and bad coffee. This intensified his interest in the workings of climate change policy.
“I had an idealised image of diplomats as some sort of superior beings. In reality they might be two exhausted officials from a small island nation somewhere who have to monitor up to 50 parallel tracks – and who know that climate change will have disastrous effects on their country. Against this backdrop, coalitions of countries that support each others’ proposals become extremely important.”
You could describe Mathias Fridahl as a sort of chaos researcher, whose job is to make visible the conflicts and pitfalls in the jungle of processes and action packages that have developed over the years.
Or the structural gaps, as he calls them.


“I want to shed light on the problems, identify underlying mechanisms and find solutions. This gives me a more hopeful approach to the problem of climate change,” he says. 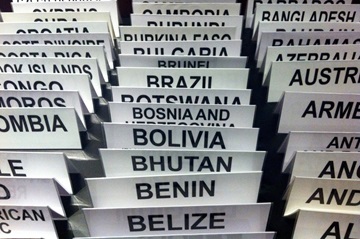 There have been about 60 meetings, from the first at the United Nations Framework Convention on Climate Change, in Berlin in 1995, to this autumn’s conference in Paris. These have often been about proposals and counter-proposals, conflicting points of departure and power struggles between countries, coalitions and groups. Over the years our knowledge levels have soared, the boundaries of research have advanced and the geopolitical landscape has changed.

There is still a clear division between north and south, a conflict that Mathias Fridahl devoted his doctoral studies to, and which is still part of his research.
“Standpoints vary greatly on the fundamental question of how responsibility is allocated. For the north, climate change is mainly an environmental-technical problem, with a focus on joint responsibility for cost-efficient future emission reductions. The south would prefer that responsibility is allocated based on, for instance, emissions per capita or in proportion to the country’s historical emission levels.”
The question of responsibility has been bounced back and forth in innumerous negotiations, and the 1997 Kyoto Protocol came about as an attempt to solve this problem.
“Which means the states’ responsibilities were allocated based on traditional horse-trading,” says Fridahl.
In various constellations with other researchers at Tema Environmental Change, Mathias Fridahl works in several different projects. One is a survey and analysis of NAMAs – Nationally Appropriate Mitigation Actions – which aim to reduce greenhouse gas emissions in developing countries, and were ratified at the 2007 climate change conference in Bali.
“In UN contexts there is always an underlying decision that is made in consensus. But which leads to wordings that are quite watered-down, as everyone has to be able to support them. In practice this opens up for different interpretations of what fits in under different actions such as NAMAs.”


“It’s obvious that many EU countries prioritise technical alternatives, where emission reductions are expected to be large and it’s easy to get financing bodies on board. Countries in the south, for instance in Africa, see NAMAs as a sort of developmental aid for a number of small-scale projects, whose main aim isn’t to reduce emissions.” 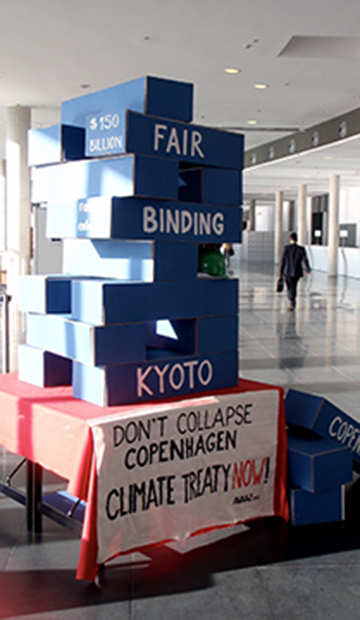 As a researcher it’s not easy to get the people who work on climate change policy to speak openly about their underlying strategies, Fridahl says.
“As always in politics. My point of departure is what the countries actually do, or what they say they want to do. I don’t ask why.”
Another of Mathias Fridahl’s research areas focusses on geoengineering:
“We’re looking at modelling of the new scenarios that were developed by the Intergovernmental Panel on Climate Change. It shows that different types of technology can all achieve the two-degree goal. We compare these to the prioritisation of different types of energy technology for the switch to low-carbon energy systems that the climate change policy actors want to make.”
The models predict that new technology could even help achieve a minus in the emissions account in the future, for instance through incineration of biomass where carbon dioxide is separated and stored underground – also called carbon capture and storage (CCS). Still, it’s far from certain that such options will be appreciated by politicians, bureaucrats or “ordinary people”.


“Even though it could lead to substantial emission reductions, our pilot study shows that most people’s reaction is ‘Not in my backyard’. However people are prepared to prioritise solar and wind power, although the scenarios show that these technologies either end up too expensive or are insufficient. We’ll have to see if we get the same results when we study the data from a larger survey from the meeting in Paris.” 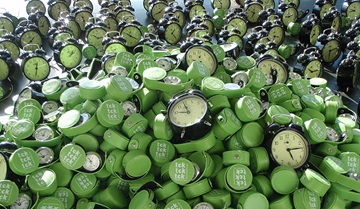 At a number of climate change meetings, the LiU researchers have got participants to answer a survey about the negotiations. One question concerned which countries, groups or organisations they felt took a leading role in the climate change negotiations.
“On this topic we’ve already published quite a bit of material, but right now we’re thinking about whether the leadership role changes over time and between large and small meetings. Today new groups are increasingly gaining influence, while traditional leaders are considered more powerful ahead of larger meetings.”
“It’s very important who takes on the leadership role. When the countries don’t trust each other, progress on climate change stalls. Even in the future, the negotiations will surely result in agreements with broad support but low ambitions. The chance of a global agreement with clear, common, ambitious action plans that can limit global warming to 2°C is probably nonexistent.”
Still, there don’t seem to be many options to continuing the slow-moving negotiations under the auspices of the UN, as researchers from Tema Environmental Change and the Centre for Climate Science and Policy Research wrote in an article in Nature Climate Change (June 2015).
“In reality we should consider the climate change negotiations successful if the states are at all able to find a common, stable foundation ahead of the efforts that are to come. In any case these must take place both inside and outside the framework of the UN,” says Mathias Fridahl.