A new agreement between Linköping University and Nanyang
Technological University in Singapore paves the way for a new type of postgraduate education and strengthens existing collaboration. 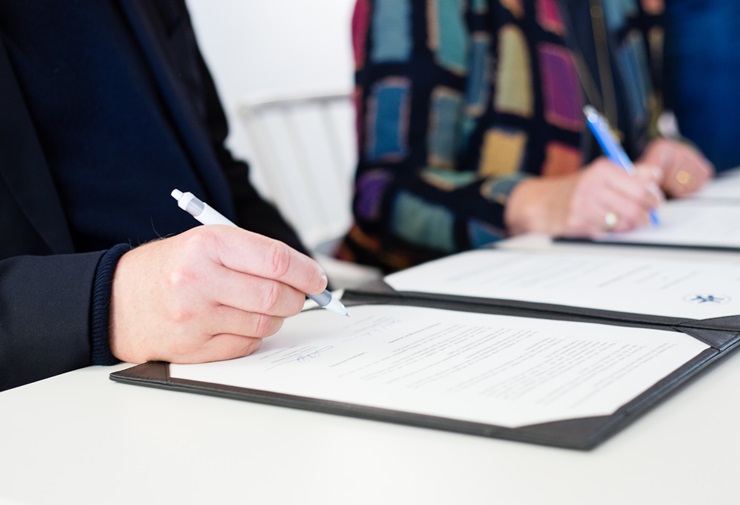 Foto: Anna Nilsen 2014“We are formalising our collaboration and making it more structured,” said LiU Vice-Chancellor Helen Dannetun at the signing.

The two universities already have a well-developed exchange programme at the undergraduate, postgraduate, and research levels. This includes around 30 engineering students going each year to study at NTU, and 30 students coming to LiU. Teacher training also has an active exchange program.

“Historically there has been exchange at the research level for a long time. What we see today is that universities in general are developing more international collaboration,” he says.

What is special about the new agreement is that a joint programme of postgraduate education is now being established between the two universities. To begin with, it will cover the subjects of nanoscience and materials science, where certain research students will be selected; but in the long run other areas, including educational sciences, might be of interest.

Beginning in summer 2015, a total of 10–15 research students from the two universities will be able to start the new postgraduate courses that will lead to a common qualification. They will have periods of study at both universities.

“The programme will be tailor-made, and having two universities behind it will be a strength,” Ms Dannetun states.

Climb higher in the rankings

Bertil Andersson stresses the benefits from a labour-market perspective.

“For example, take a company like Ericsson. For them and many others hiring people with a combined qualification from two universities, one of which is from Asia, is an obvious strength.”

Like LiU, NTU is a young university; it has been in existence for 23 years. They also have a similar organizational structure, with similar research and education programmes. In a completely new ranking, QS World University Rankings, NTU took first place among the young universities of the world. LiU has been climbing the ladder in recent years and is now in 26th place among 16,000 younger universities.

“Increased collaboration means we can acquire even more influences from NTU, which will hopefully help us climb even higher in the rankings,” Ms Dannetun says.

NTU will also benefit in various ways from its collaboration with LiU.

“Singaporean students are extremely interested in Sweden. Many see it as a pioneering country. Sweden, and especially LiU, has a lot to offer Asians in terms of approach to innovation, student democracy and how we assimilate knowledge,” Mr Andersson points out.