It will be easier to invest in sustainable electricity

A research group at LiU will study whether the transition to renewable electricity production can be facilitated with the help of supporting middlemen. The project is being funded by the Swedish Energy Agency for SEK 7 million.

Foto: Monica Westman The conversion to a sustainable energy system requires comprehensive investments in renewable energy production. But it’s no simple transition; many difficult considerations must be made concerning both the choice of technology and how investments are to be financed and which permits are required. There is therefore a number of both private and public entities serving as middlemen between the people who will fund a new wind farm, solar cells on the roof, or a biofuel facility and the supplier responsible for the equipment. Some examples are consultants, planners, bank advisers and the regional energy agencies.

Researchers at PIE, the Division of Project, Innovation, and Entrepreneurship; Associate Professor Anna Bergek; senior lecturer Johanna Nählinder; and Ingrid Mignon, a doctoral student nearing the end of her studies, will now be studying all these middlemen – or intermediaries, as they are called in the language of research – for three years. A new doctoral student will also be recruited.

“We want to know who these middlemen are, what role they play, and also over the long term how they can be used as a means to increase both the amount of investments and the quality of the investments made,” Professor Bergek tells us.

“The fact that the transition is going slowly is not primarily a matter of a shortage of money, but rather a shortage of knowledge. It’s difficult to reach out with good information,” Ms Nählinder clarifies.

It is often the middlemen who have the knowledge, and thereby also control the investments.

“This isn’t just a good thing; if a consultant has sold a certain system in an area, it’s easy for others to copy them and buy from the same supplier. But it’s not certain that this is the best solution,” Professor Bergek says.

The difficulties of getting permits are another issue that is seen as an obstacle to an efficient conversion.

“But usually it really isn’t a problem, either; most are given a permit but it takes a little time,” she says.

Even if the three researchers come from the same department at LiU, their backgrounds are in different areas of research: Professor Bergek is an engineer, Ms Nählinder is a political scientist, and Ms Mignon is a business administrator. They are united by their interest in innovations and in how new technology is disseminated in society. Their project will be underway for three years, and they will also gather in knowledge from colleagues in other European countries such as the Netherlands, Switzerland, Finland and the United Kingdom.

The project, “Intermediaries’ roles in the conversion to a sustainable energy system”, is being financed by the Swedish Energy Agency with nearly seven million SEK for three and a half years. 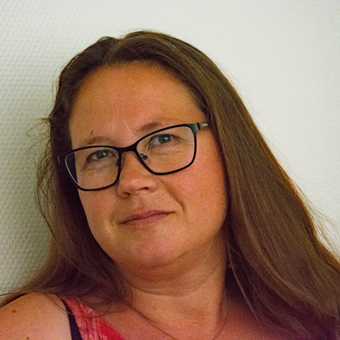