Ecological crises can be predicted

The Weddel Sea near the Antarctic. Three million square kilometres of freezing sea-water and shelf ice. A sensitive ecosystem where an invasion of thick-shelled crabs now are threatening to disrupt the balance. Science is often at a loss in such situations, but new advanced data models can predict the damaging effects. 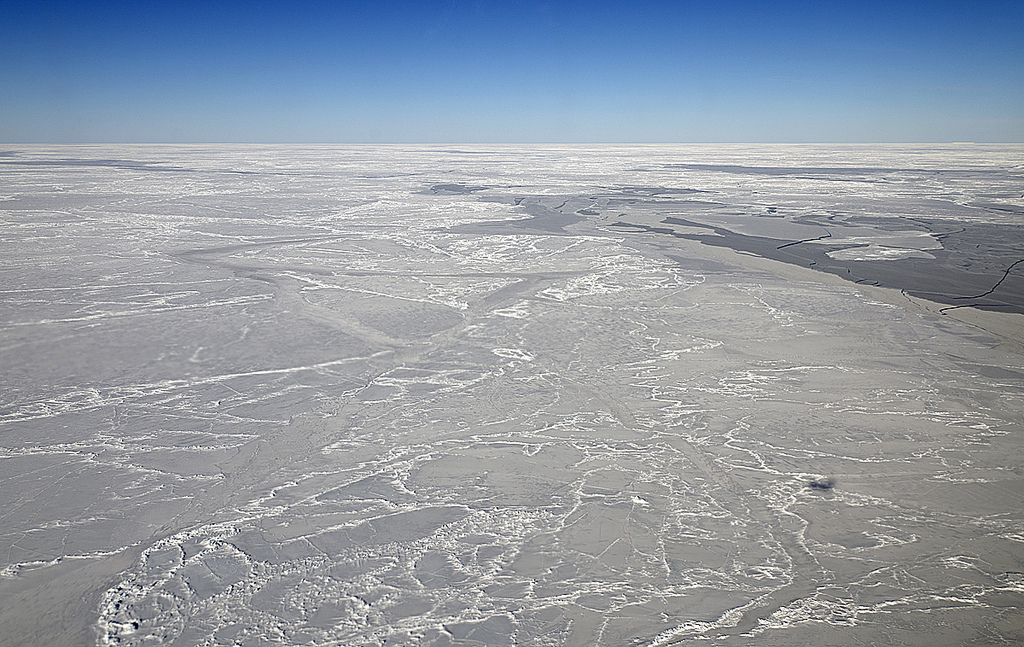 Photo credit: Michael Studinger/NASA Goddard Space Flight Center, CC BY 2.0, via Wikimedia CommonsThe ecological network in the Weddell Sea includes around 500 species, from plant plankton to killer whales. After many years of work, marine biologists – who analysed such things as the contents of the animals’ stomachs – discovered 16,000 interactions dealing with who eats whom.

The 2,000-kilometre-wide bay at the north western Antarctic is one of the 200 essential systems that researcher Anna Eklöf at Linköping University and her colleagues used as references in their work to describe ecological networks in theoretical terms. The aim was to simplify the models so that they could be used in practice without losing relevance.

"The idea is that our models can be used, for example, to determine how a new species will impact the network", says Eklöf, who carried out the study during her time as a postdoctoral researcher at the University of Chicago.

The results were recently published in the respected ecology periodical Ecology Letters.

According to the term "ecological niche", all species can be described based on their characteristics and/or non-biological factors in the environment. There can be no more than one species in exactly the same niche. But the theory has been difficult to transfer to real life as there can be as many dimensions as you like.

Ecosystems are chaotic battlefields with lots of plants and animals; predators, prey and competitors. The neat diagrams drawn to illustrate food webs seldom reflect real life. A true picture of an ecological network is multidimensional and takes several characteristics among each species into account. But how many dimensions are needed for such a model to be able to describe the complexity of a large ecosystem?

This was the question that Anna Eklöf and Professor Stefano Allesina sought an answer to in their research project.

They use the conception of dimensionality to measure the complexity in an ecological network. If you imagine a pond with ten species of fish in different sizes, where the size of the body is the only characteristic that matters and that each species only eat those who are smaller, then the network is one-dimensional. If the fishes are unevenly scattered and the large ones only eat the smaller fishes in their part of the pond, then we have added a dimension. And if the fishes have differing colours and the blue only eat the red ones, then we must add a third dimension.

Such simple ecosystems hardly exist in real life. Hundreds of species and tens of thousands of interactions are more common, but how are we supposed to handle this? With the help of powerful computers Anna Eklöf and her team have ploughed through 200 existing food webs, from the coral reefs of the Caribbean through New Zealand’s pastures to the freezing seas in the Antarctic. From a large number of dimensions they have climbed downwards and step by step correlated their theoretical calculations with real data from field studies.

"Our calculations show that you rarely need to take into account more than ten dimensions, even in very large networks. In the Weddell Sea, with its 500 species, the number of theoretically possible interactions is around 240,000. By applying just three dimensions we were able to sift out 200,000", Eklöf says.

Direct link to what happens

Which characteristics are relevant vary between different types of network. In large food webs, the animal’s physical size, choice of food, living environment and pattern of movement are all very significant. In a network with flowering plants and pollinators, it can be an issue of complementary characteristics, for example, between a flower’s depth and the length of an insect’s mouth parts or a hummingbird's bill.

Here there is a direct link to what happens in the system when a species becomes extinct, when an unfamiliar species arrives and occupies a vacant niche, or when the climate changes. The researchers’ discoveries can help biologists and conservationists deal with situations involving, for instance, invasive species occupying a new area or a species becoming extinct. By looking at the characteristics of the species it’s possible to predict the possible impact on the system.

There are many examples that illustrate the dangers. In Australia, a species of poisonous toad was introduced to combat agricultural pests but which, in the absence of natural predators, has now become a threat to the unique native fauna. In the Everglades National Park in Florida, attempts are being made to combat the Burmese Tiger python, which has caused a dramatic reduction in several species of animal in the area. In Northern Sweden the spread of the raccoon dog, an Eastern species that can cause considerable damage to the native bird life and spread rabies and other diseases, is viewed with concern.

Tricky networks
An ecological network can contain hundreds of species of plants and animals, with tens of thousands of interactions between them and their physical surroundings. In the article the writers show how a reliable model can be created with a minimum of dimensions.