An effect across generations

The question is no longer whether common chemicals like plasticisers are hazardous, but by which mechanisms. Carlos Guerrero Bosagna investigates the long-term effects that environmental toxins and external factors can have on genes. 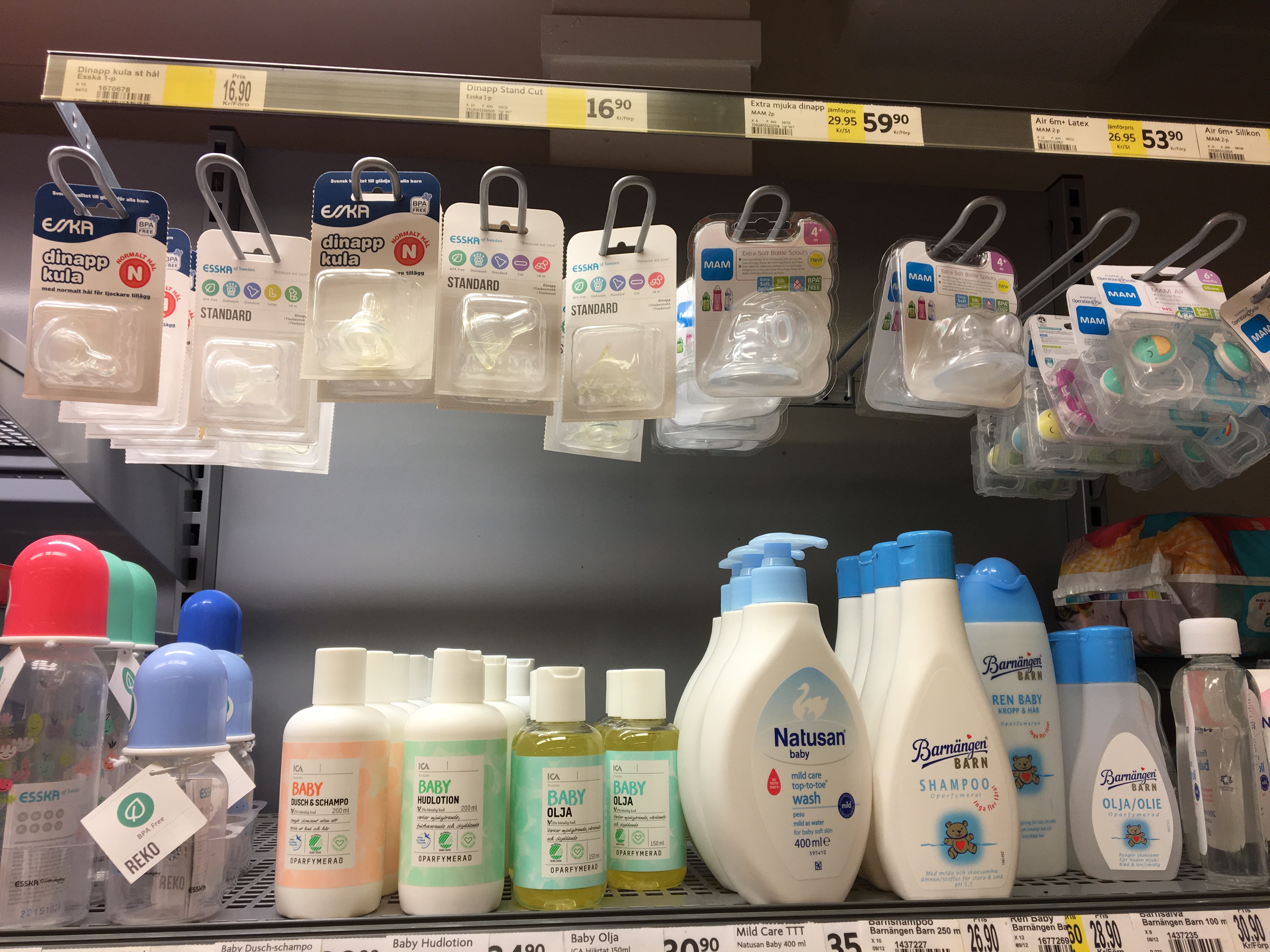 Today the EU restricts phthalates and BPA usage in plastic products for children. Photo: Susanna LönnqvistMore and more diseases are being linked to epigenetic changes, the changes in genetic programming and gene regulation that are not related to changes in the actual genetic sequence. The World Health Organization has identified endocrine diseases as having an epigenetic link. Endocrine diseases such as type 2 diabetes and hormone-dependent cancers such as ovarian, breast and testicular cancer have increased steadily over the past 50 years, and at a rate where the increase cannot be attributed to strictly genetic factors such as mutations. – Epigenetics can tell us how gene expression is affected in the long term by external factors. The genetic pre-programming, which determines if they are switched on or off, can be affected by environmental toxins and other factors such as stress, says Carlos Guerrero Bosagna.

Carlos Guerrero Bosagna (to the left) is an epigeneticist and research fellow in the AVIAN Group at Linköping University. His research field is environmental epigenetics – the study of how gene expression can change over a long period of influence from external factors. His current work explores stress in a chicken model. Chickens and hens in a production environment are exposed to different types of stress. Carlos and his group study the epigenetic changes that occur when the animals are exposed to stress caused by light or by isolation. How can stress during the early development of the chicken lead to permanent physiological changes in the animal? And is it possible to look at the gene expression and see whether the chicken has been stressed during breeding, only by using a simple blood sample? 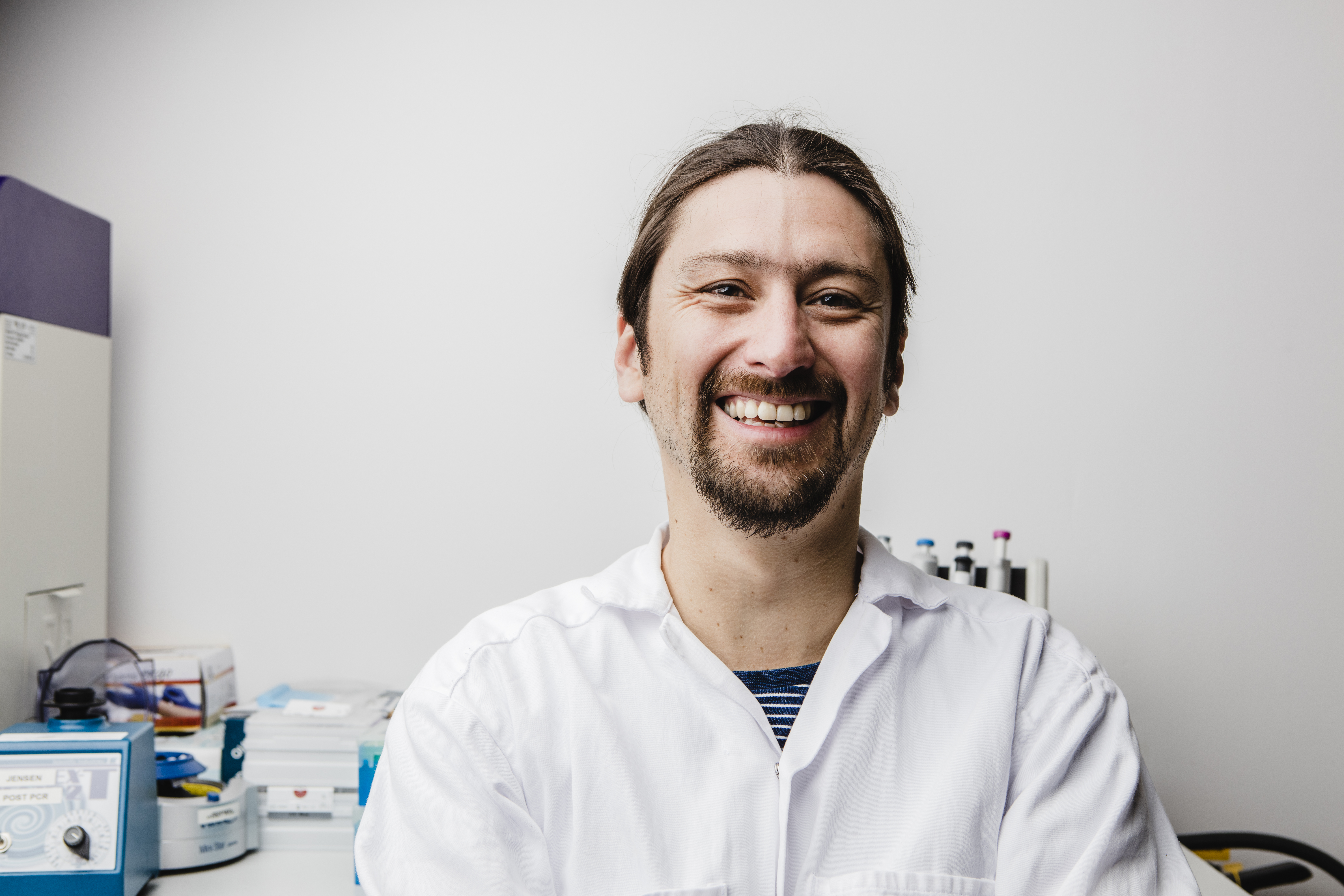 – The aim is to develop epigenetic markers for stress early in life. This is both an animal welfare issue and an interesting biological question, says Carlos Guerrero Bosagna.

Carlos Guerrero Bosagna also studies epigenetic changes in chicken gametes. DNA methylation in sperm means that the changes can be passed on to the next generation. The gene expression in the offspring is then altered, as the epigenetic pre-programming has been changed.

– The advantage of working at Linköping University is that we have the ancestor of today's domesticated chicken in Linköping, the wild junglefowl. We can compare epigenetic changes in their sperm, and see how they correlate with known mutations, which exist between the known species, says Carlos Guerrero Bosagna.

Epigenetic changes in gametes as a result of endocrine disruptors can partially explain why endocrine diseases have increased so much in recent decades. The link has not been confirmed, but there are studies that show that the endocrine disruptors that are constantly in our midst can cause changes in gene expression, which are then passed on. Such an effect has been seen in rats, where the pregnant female has been exposed to high doses of bisphenol A, BPA. BPA is a component in several types of plastics, is an endocrine disruptor and can affect reproduction. The results from the rat trials showed that the sperm of the offspring had epigenetic changes, without having been exposed to the endocrine disruptor themselves. This altered pre-programming for how genes are turned on and off was then passed on to the next generation, for up to three generations. Carlos Guerrero Bosagna's coming project will investigate the links between BPA exposure and the development of obesity and insulin resistance in a rodent model.

Carlos Guerrero Bosagna says that a future focus of this research field is the combination of all the external factors that affect us on a daily basis. We may be exposed to permissible levels of a single substance, but what happens when we are exposed to many different substances?

– We live in a reality where we’re constantly exposed, and we’ve now been exposed to many different substances for several generations. The next question to be investigated will be the exposure to low doses of a combination of environmental toxins.