Housing, best practices in education and collaboration. Examples of how European countries have received refugees were the focus of a recently completed three-day conference in Norrköping. 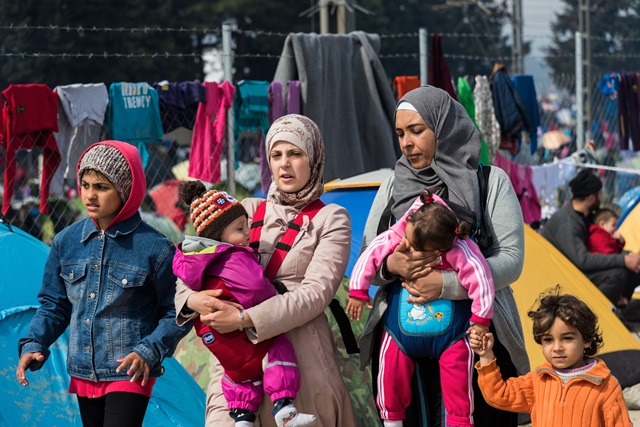 Photo credit: IstockphotoThe initiative was taken by Lars Stjernkvist, chair of the municipal council in Norrköping and previously coordinator of Sweden’s work to receive refugees. He used his opening speech to emphasise values such as solidarity, collaboration and helping each other.

His message was that we must show that it is possible to defend human rights and the right to asylum. This is possible if we work together and show solidarity throughout Europe, he stated.

The participants included 130 researchers, people working with refugees, and representatives for voluntary organisations from throughout Europe – including Hungary, Macedonia and Germany. The conference aimed to demonstrate best practices, and allow people to build new networks for greater collaboration.


“This conference has focussed on the constructive work that has been done and is still going on, both in Sweden and in many other European countries. We wanted to emphasise this aspect of the debate in society, and collect experiences that have been gained in Europe during the special situation with refugees that has arisen during the past year or so,” says Erik Berggren of REMESO (the Institute for Research on Migration, Ethnicity and Society).

Examples of issues that were discussed are the various ways in which accommodation for refugees can be provided, how different municipalities and countries attempt to find pathways for the newly arrived into the education system and the labour market, questions related to health, and collaboration with civil society.

One important aspect of the conference was to draw conclusions based on such questions as: “What are the main reasons that a particular initiative or activity has been so successful in refugee reception?”, “Are there inspiring examples of work with refugees?”, “What should politicians learn by attending this conference?”, and “What should the researchers learn?”. The conclusions reached at the conference will continue to make the reception of refugees easier.


Akwasi Osei is a doctoral student in sociology at Linnaeus University. He is studying undocumented migrants from western Africa and their situation in Holland and Sweden.

“I meet lots of people here who can give new insights and contacts. And there are many good examples, one of which is the way Swedish families invite refugees for a meal or coffee. People are often afraid of strangers, which is natural, but even so some families invite others into their homes,” says Akwasi Osei.

Pria Bhabra is working with refugee reception in Leeds in the UK. During the past six years, the municipality has built up an organisation intended to make it easier for newly arrived people to become familiar and understand how things work in Britain, everything from legislation and sexual health to how to get a job and education as soon as possible.

“We have drop-in meetings on Tuesdays, and these are a great success. These can focus on various topics, such as health, employment, finance, accommodation or the possibility of becoming a volunteer worker.

Pria Bhabra plays a key role in helping refugees to find their place in the machinery of society.

“My role is to ensure that all individuals achieve their potential, that they rapidly find places in employment or language education at an appropriate level, and that they are given help with all the practicalities that are involved with finding your feet in a completely new society,” says Pria Bhabra.

Anna-Birgitte Moberg, integration coordinator in Mjölby municipality, was able to set up a broader network of contacts at the conference.

“I met people from Sweden, and I also talked with folk from Spain, Italy and Finland about how they work with refugees. We can learn from each other, and share not only success stories but also things that don’t work out. It’s extremely important to make new contacts. Even while still at the conference, I sent an e-mail to a colleague about a new idea I had got.”


One of the keynote speakers at the conference was Pia Prytz Phiri from UNHCR. She pointed out that a tiny fraction of the global flow of refugees reaches Europe, and expressed frustration at the total failure on the part of Europe to receive them. She was, however, impressed by the great humanitarian work carried out by the civil society and voluntary organisations. And she emphasised how important it is to continue to work with these questions.

“All countries in Europe must show solidarity and organise the work to prepare for the next influx of refugees. They must also learn to recognise the potential and capacity of the people who flee,” concluded Pia Prytz Phiri.