Many people wanted to congratulate the graduates from LiU’s international master’s programmes at this year’s Farewell Ceremony. Even the capricious Swedish weather pitched in, offering a warm and beautiful summer’s day. 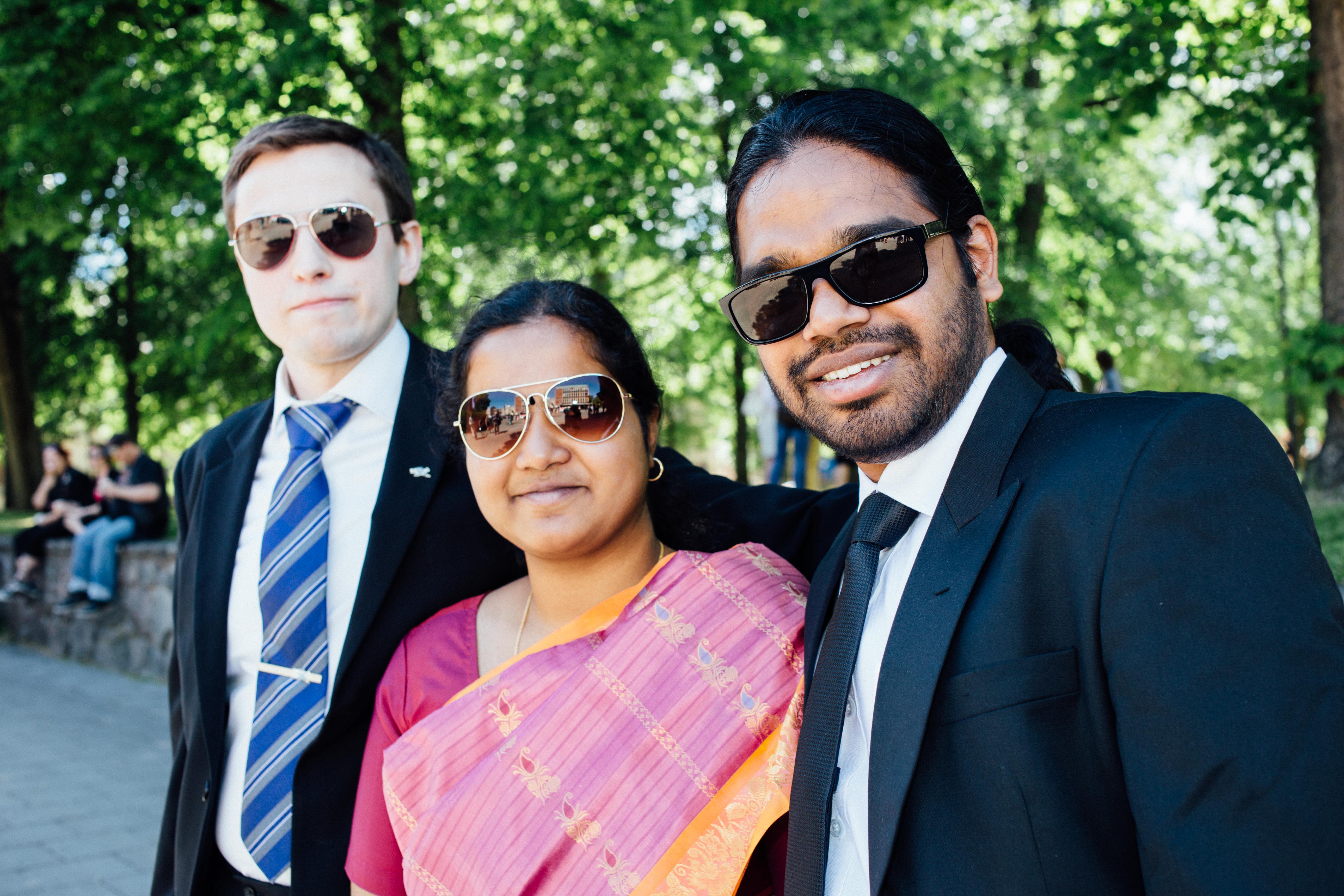 The ceremony took place at Nationernas hus in Linköping city centre. Graduates, families and university employees showed up wearing their finest clothes, many in national costumes.

“It’s been really great, a lot of new experiences”, said Sowmya Krishnaraj from India. “The teachers have been very supportive and we’ve done interesting project works.”

“We did lots of practical stuff, which really helped me learn. Data science is my particular interest, and I’m happy to have joined this specialist programme.”

“It’s been interesting to see the different cultures and backgrounds in the group, people coming from different subjects into the area of statistics”, added Isak Hietala from Sweden, also a Statistics and Data Mining graduate.

“The best backpack you can have is a backpack full of knowledge. The knowledge and experience you now carry with you will be useful for the rest of your lives”, she told the graduates and asked everyone to join her in a fyrfaldigt leve (four cheers, the customary number in Sweden).

"We make the future"

The student roll call, where all graduates received a congratulatory letter, was mixed with more speeches. Assistant Professor Peter Cronemyr represented the teachers and talked about cultural differences.

Anna Asratian was valedictorian and encouraged her fellow graduates to go out and change the world.

The programme ended with a performance by the choir Chorus Lin. One of its members was also a master’s graduate and got an extra round of applause.

After that, it was time for smörgåstårta (Swedish sandwich cake) and a well-deserved chance for the graduates to unwind and mingle. Because, as Anna Asratian put it: 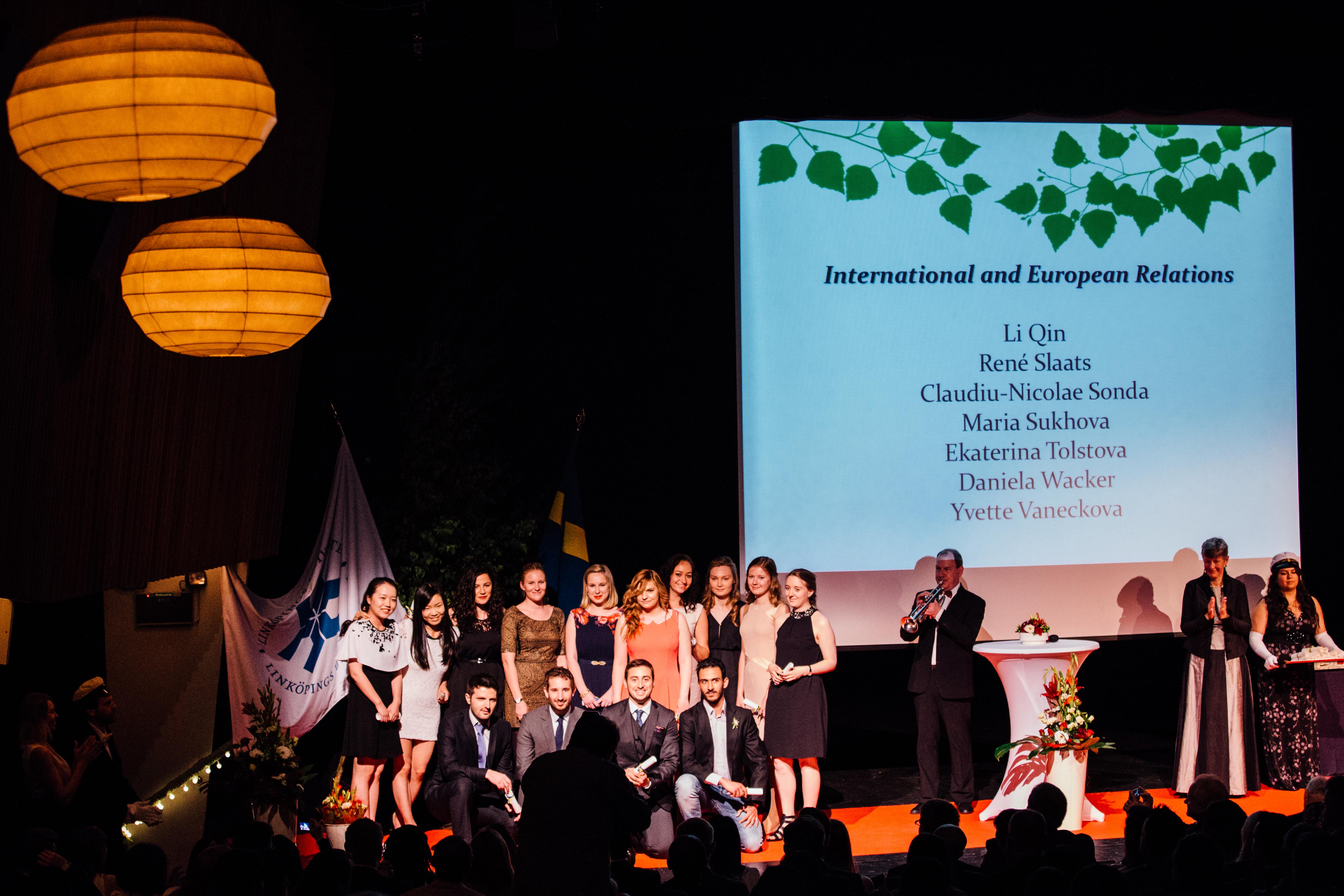