Full of life at Kalas with Sabina Ddumba

Thousands of students are making a pilgrimage to the Saab Arena for “Kalas”, Sweden’s largest event for new students. 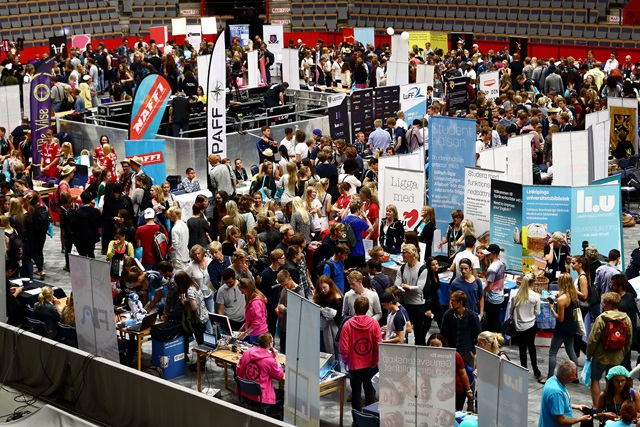 As always, the place is full of life early in the afternoon, when the fairs and outdoor areas open. The first 3,000 visitors receive a Kalaspåse, a goodie bag with gifts and special offers from various companies.

Most people in the crowd are carrying blue LiU bags. And some are carrying coffee, confectionery, popcorn – and carrots. The latter are being given away by the Linköping section of “Moderata studenter”, for their catchphrase “Carrots are better than sticks”.

Student societies, companies, municipalities, various units from LiU – everybody wants to make their mark. Around a hundred exhibitors are on site in the arena.

Kalas is the culmination of some intense reception weeks for new students.

So, how has the initial period been?
“Great fun!” says Rebecca Nygrén. 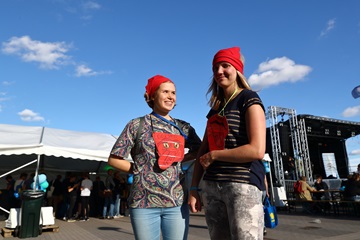 She and Åsa Wahlqvist (right) have both started the programme in speech and language pathology, and wear their red-tongue nollebrickor (“freshers’ badges”) around their necks.

“There’s loads going on all the time,” says Åsa.

“Our mentors are really helpful and nice,” Rebecca continues. “This thing about PBL is a bit confusing, but I’m sure it’ll work out OK.”

PBL, or “problem-based learning”, is a learning method that LiU is particularly proud of. The Faculty of Medicine and Health Sciences was first in Sweden with this form of education, which has been very successful. 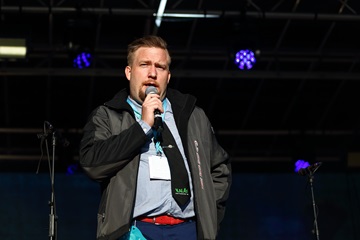 Various university cultural societies take their turn on the outdoor stage. Master of Ceremonies is Björn Lagerström, better known at LiU as “Fröken Björn” (right). He is nowadays an alumnus of LiU, but is still involved in student life here. Despite being invited at extremely short notice, he didn’t hesitate to accept.

It turns out that Björn was a driving force behind the very first Kalas event, which was held in 2005. At the time he was responsible for receiving new students at the “Stuff” student union, and was in charge of everything together with his opposite number at Lintek. What was originally thought to be just a bit of extra work turned out to be much larger than imagined.

“We decided when evaluating Kalas that the event needed someone who could work with it fulltime, and this is how it has been since then.”

The arrangement has grown considerably since it started. In charge of Kalas this year is Irma Hamzic, who is head of a large organisation of nearly 170 “kalaspuffs”, as the event’s marshals are called.

New this year is that the social event for VIPs – people who collaborate with the university – has been combined with that for newly graduated alumni, to which everyone who has graduated in the past year is invited. This meet and chat session is now held in a marquee outdoors, rather than in the arena. 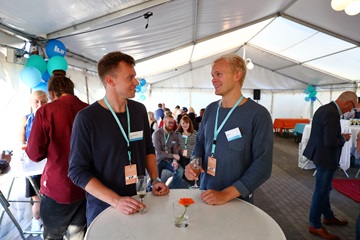 The VIP marquee is filling up rapidly. We find Adam Aili and Henrik Bäckman (right), who have completed degrees in applied physics and electrical engineering, standing at one table.

What is your happiest memory from LiU?
“All of it, apart from exams,” laughs Adam.

“But the most vivid memories are probably those from nolle-p (Fresher’s Week),” says Henrik.

It’s true. For many, the experiences of their first weeks at LiU will become a memory for life. And the introductory period for the new “nollan”, as the freshers are called, will soon be over.

As the evening progresses, students, employees, collaborators and alumni gather to hear and see Sabina Ddumba, one of Sweden’s most highly sought-after new artists and selected as “new talent of the year” at this year’s Grammisgala (music awards in Sweden). The party will continue into the small hours of the morning. Just at it should, when it’s Kalas! 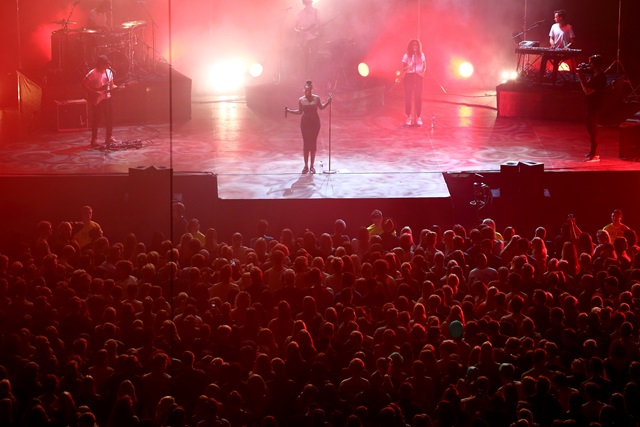