Linköping University has improved its position on the “Shanghai list”, a global ranking list that principally measures research prowess. LiU occupies place 306 on the 2016 list, an improvement from last year’s 327. 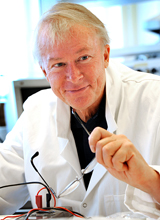 Photo: Göran Billeson Linköping University has repeatedly improved its position on the Shanghai list, despite sterner competition from other institutes of higher education, not least those in Asia. The upwards trend was temporarily interrupted last year, but LiU has once again taken a major step upwards, reaching its highest position ever in 2016. Since 2011 LiU has advanced over 100 places in the ranking.

The improvement is principally a result of scientists at LiU publishing more articles, and their research being cited more frequently by others. This is particularly the case for two scientists working in materials science at the university, Olle Inganäs och Fengling Zhang (photos). They are among the most frequently cited authors in the world in this field. 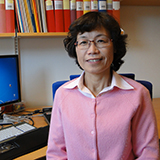 The official name of the Shanghai list is the “Academic Ranking of World Universities (ARWU)” and it is produced each year by Jiao Tong University in Shanghai, China. The Shanghai list, and the British rankings QS World University Rankings and the Times Higher Education list, make up what are considered to be the three most significant global ranking lists. Linköping University has improved its position on all of these lists in recent years.


More information about the 2016 Shanghai list is available at: www.shanghairanking.com/ARWU2016.html