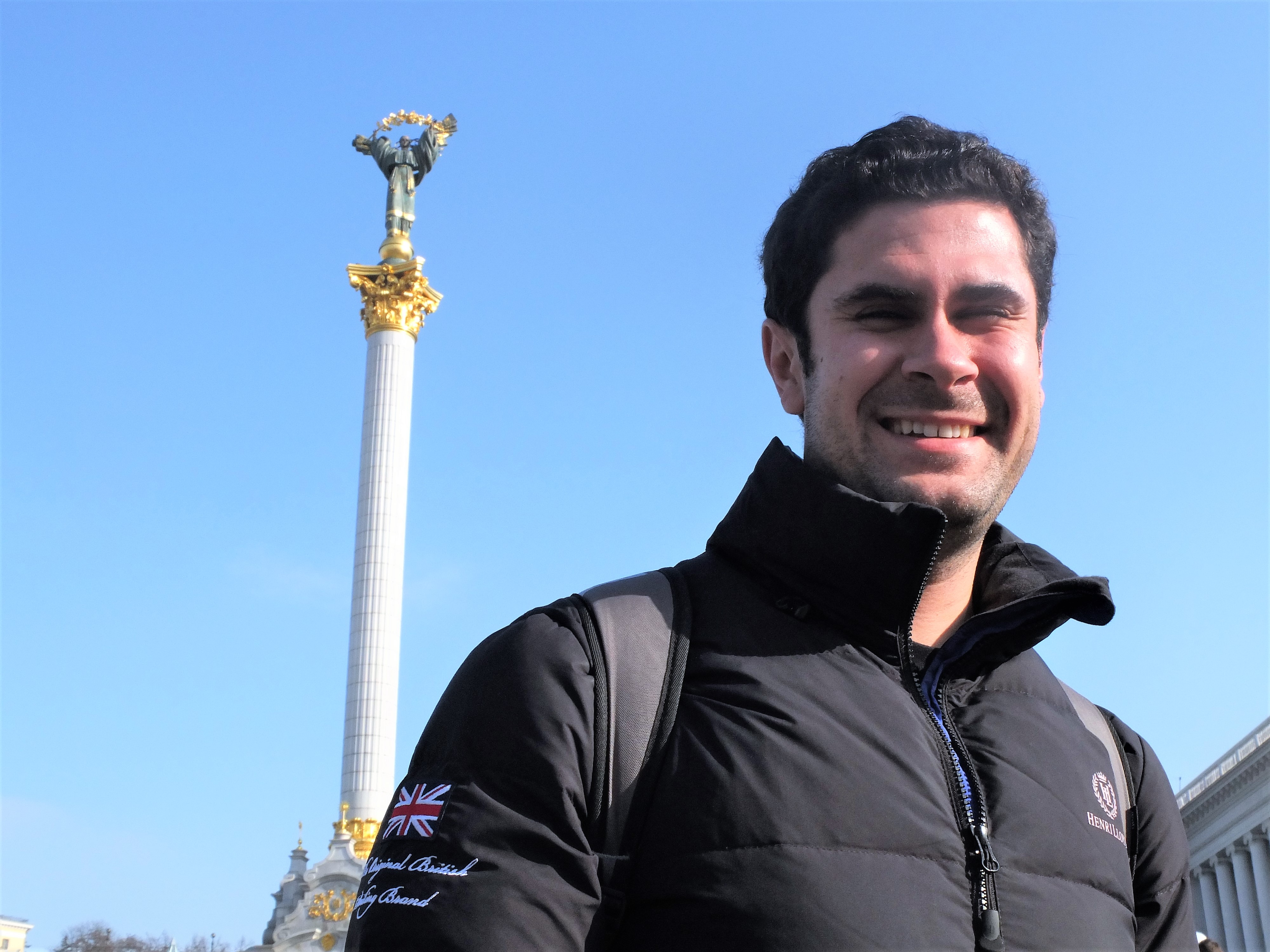 In the centre of the Ukrainian capital of Kiev is Maidan, or Independence Square, where three years ago a revolution started. A group of students gathered there to protest against corruption in the country. The police violently removed them, but the students returned. Increasing numbers joined the protest. A few months later the Ukrainian president had fled the country, Russia had invaded Crimea and a war was underway in eastern Ukraine.

At a café just off the square, Tamuz Hidir orders a coffee and croissant. He speaks Russian and the waitress answers in Ukrainian. They understand each other perfectly. Kiev is a bilingual city.

Tamuz Hidir’s mother comes from Ukraine, so he has the language from home. He grew up in Jönköping, not far from Linköping, and did a bachelor’s in political science at Linköping University. He now lives in Kiev and was recently selected as the chairperson of the Ukraine Floorball Federation. His objectives are to get more people playing floorball, to build up the federation and to deal with the Ukrainian bureaucracy.

We sit down at a table and Tamuz tells us about his work.

“Our clubs around the country are growing like crazy. Now we have a chance to introduce floorball to every school in the country,” he says enthusiastically.

Who plays floorball in Ukraine?

For many Swedes, floorball, along with things like ‘snus’ (a tobacco product) and midsummer celebrations, are quintessentially Swedish. But who plays floorball in Ukraine? Tamuz Hidir explains that many floorball clubs here have their origins in evangelical church organisations. They used the sport on their missions.

“They stressed soft values and worked with children from less well-off families. Floorball isn’t just a sport, it’s a social activity. That’s what has driven me. You can’t build an organisation if you only think about results. You need other values to hold it together.”

For many of the Ukrainian players, floorball is the first sport they have played – they didn’t feel welcome anywhere else. In the former Soviet states, sports were elitist.

“A trainer in Russia told me that when the floorball season starts, 45 twelve-year-olds will turn up to play. From the group he immediately removes 15, who he feels aren’t up to scratch. A week he later weeds out 15 more. Now he has the 15 best to work with. Most sports in Ukraine work this way. But in our federation, not one club does that. Everyone is welcome, and this is quite unique.” 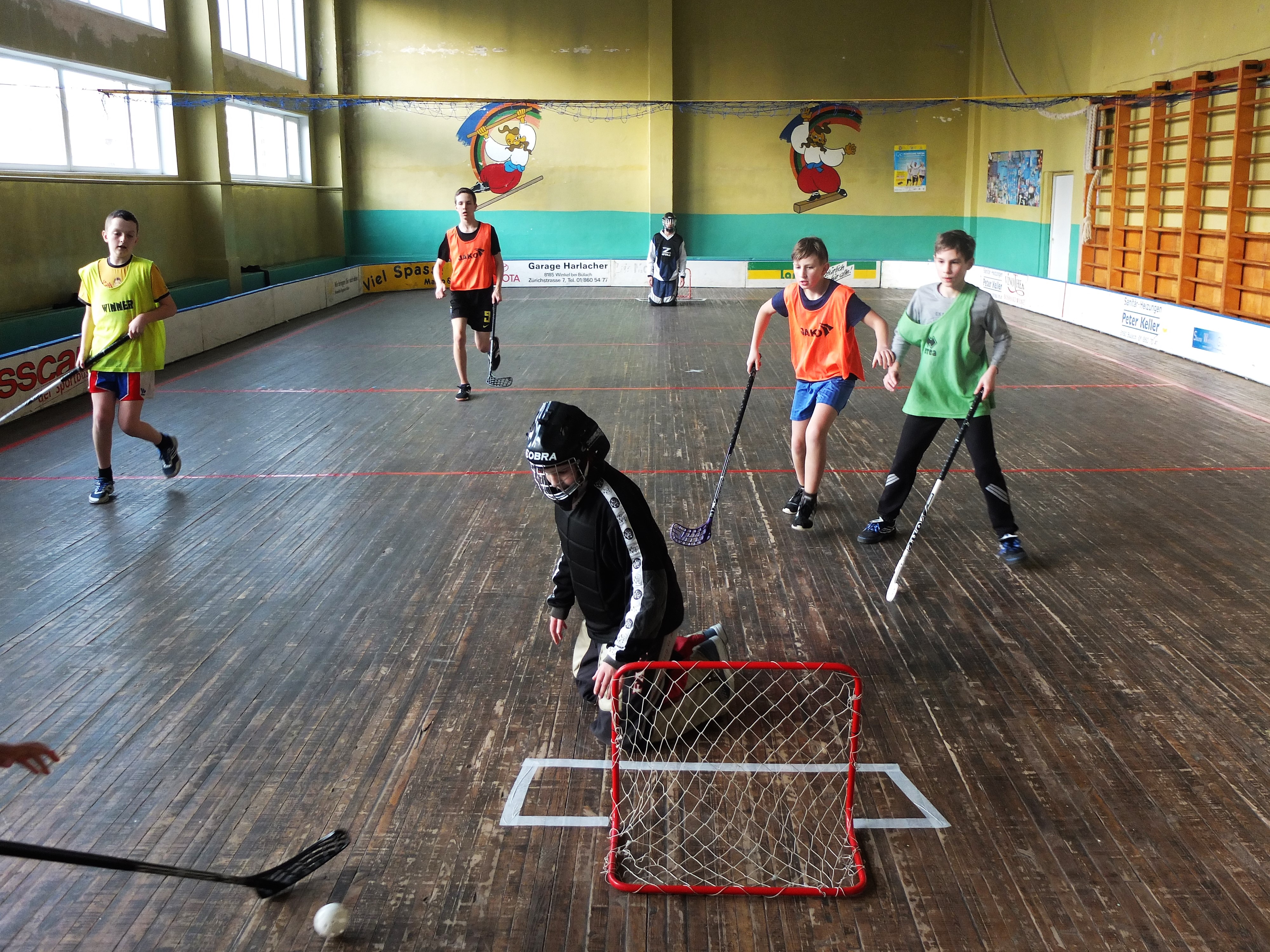 “Just like in Sweden we have annual meetings, board meetings, elections and so forth. This is new here.”

It’s a new approach, compared to what is customary in Ukraine. The Soviet tradition is more centralised and closed.

“Sports are rarely seen as a way of promoting democracy. But in my opinion, collaboration in sports can have a huge influence on a country’s politics. The older generation here often have difficulty with an annual meeting where everyone gets to vote. They wonder, ‘Who actually decides here?’ But our system works. People see that the results are good.”

Tamuz Hidir explains that all parts of Ukrainian society are undergoing major changes. In the wake of the Maidan Revolution, Ukraine is becoming a more democratic society. The bureaucracy can still be incredibly frustrating, but things are improving. Tamuz is hopeful about the future.

Ukraine is at war, and this affects floorball as well. Players from Crimea and eastern Ukraine have fled to other parts of the country.

“At the Maidan there are often demonstrations and photo exhibits about the war. And in the news they talk a lot about it. But apart from that, it’s almost frightening how little impact the war has on everyday life.”

Tamuz Hidir was at the Maidan during the 2014 demonstrations.

“For two days I helped a Swedish journalist. The previous day, around 100 people had been shot and killed. It was terrible, and a bit strange. At their funeral they lay in open coffins, while just a few streets away people were going about their lives as usual."

There’s no league match in Kiev today, so to see something of what’s going on, we visit a school in the suburbs. On the way we pass the arena where the Eurovision Song Contest will be held.

We meet a team of 12-year-old boys – the Kiev Vikings. Every now and again the trainer, Jurij, blows his whistle, and explains how something can been done better.

While we watch, Tamuz Hidir tells us that the Ukrainian Floorball Federation is putting a lot of effort into encouraging girls to play.

“We use affirmative action to help girls. We have a great deal where we can send 25 girls to Sports Camp in Norrköping every summer. Of course many of the boys also want to go, but it’s only for girls.”

You studied political science in Linköping. Has this helped you in your job?

“At the moment I’m benefitting from political theory, and being able to explain democratic processes. Knowledge of public management has also been useful. It’s extremely interesting to see how bureaucracy works here in Ukraine,” says Tamuz Hidir.