The Swedish Research Laboratory for Printed Electronics has been opened at LiU, with new equipment and many warm expressions of affection.

The Printed Electronics Arena at Campus Norrköping has been extended and converted to become the Swedish Research Laboratory for Printed Electronics with the aid of SEK 24 million from the Knut and Alice Wallenberg Foundation. Red carpets covered the floors and advanced equipment created wafer-thin electronic circuits when invited guests were given a glimpse of Sweden’s new experimental facility in printed electronics, which may very well be the leading such facility in Europe. 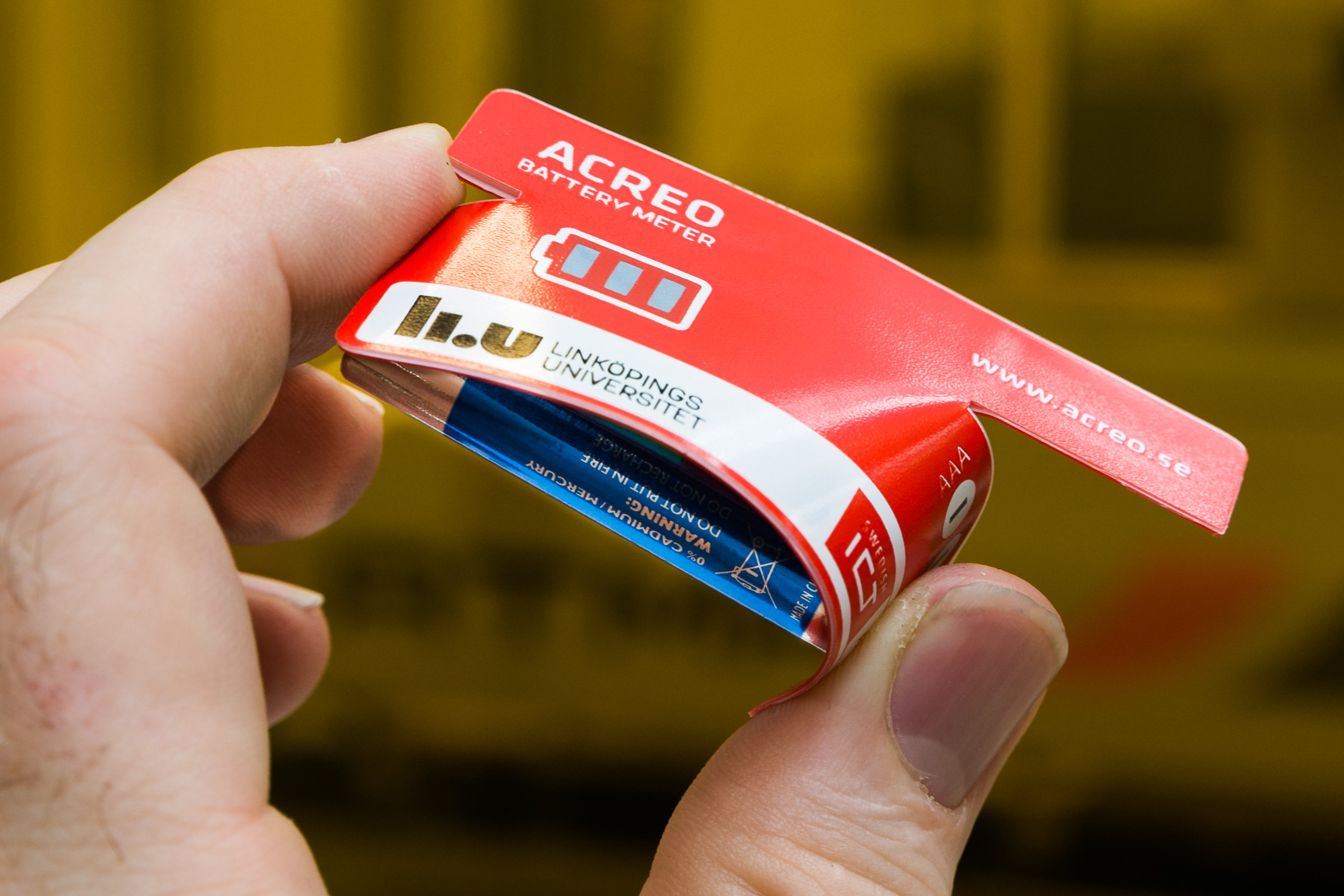 Photo credit: Thor BalkhedWarm feelings permeated the seminars held during the day. They were most clearly expressed by Robert Östman, managing director of Beneli AB, who described his relationship with the research institute Acreo Swedish ICT as a form of love, and symbolised it with a heart. Researchers and developers at Acreo are working side by side with researchers from the Laboratory for Organic Electronics, LOE, at LiU on projects that include informing the market about research results. Beneli, whose products include labels and medical devices, has benefited greatly from this.

Several speakers emphasised how important this link between Linköping University and Swedish industry is, in what may become a huge field of technology and commercial success in the future. The new initiative will allow other Swedish universities to use the equipment and benefit from the expertise in Norrköping.

Over 100 invited guests from the business world, the public sector, research institutions and universities were present at the opening of what is now known as the “Swedish Research Laboratory for Printed Electronics” in Norrköping.

They were welcomed by Hans Hentzell, chairman of the Printed Electronics Arena, who also thanked the Knut and Alice Wallenberg Foundation for providing financing.

The programme of the day included talks by several people, among them Magnus Berggren, professor of organic electronics at LOE. He described how his research group is attempting to combat disease by communicating with the body’s nervous system, with the aid of, among other things, a tiny ion pump and sensors in the form of printed electronics.

Materials scientist Christian Müller from Chalmers University of Technology described the printing of organic semiconductors. He used the metaphor of a pick-and-mix sweets stall – there is an amazing variety to choose among. 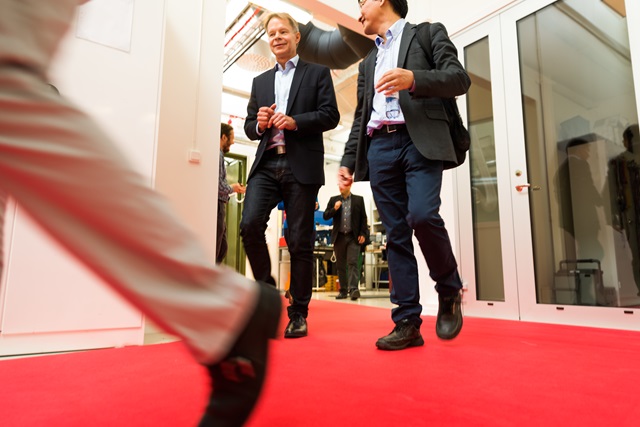 The red carpet covered half of the factory floor when VIPs visited the Swedish Research Laboratory for Printed Electronics. Acreo’s department head Göran Gustafsson in the centre. Photo credit: Thor BalkhedAnders Brolin, director of innovation management at Stora Enso, described how the industry has been influenced by the miniaturisation of printed media, which has led it to seek new possibilities. He demonstrated smart communicative packaging, not only what is already available but also his wishes for the future. He predicted that the first widespread application in the world will be a combination of traditional silicon circuits and printed electronics. The Swedish Research Laboratory for Printed Electronics can already apply extremely thin components of silicon together with printed electronics onto a single plastic substrate.

The guests received a gift to take home with them – a battery tester constructed as a printed electronic circuit and manufactured at the new laboratory.