A small ion pump in organic electronics is giving new hope to people suffering from severe nerve pain. Researchers at Linköping University (LiU) and Karolinska Institutet (KI) are the first in the world with technology that can stop pain impulses in living, freely moving rats using the body’s own pain relief signals. 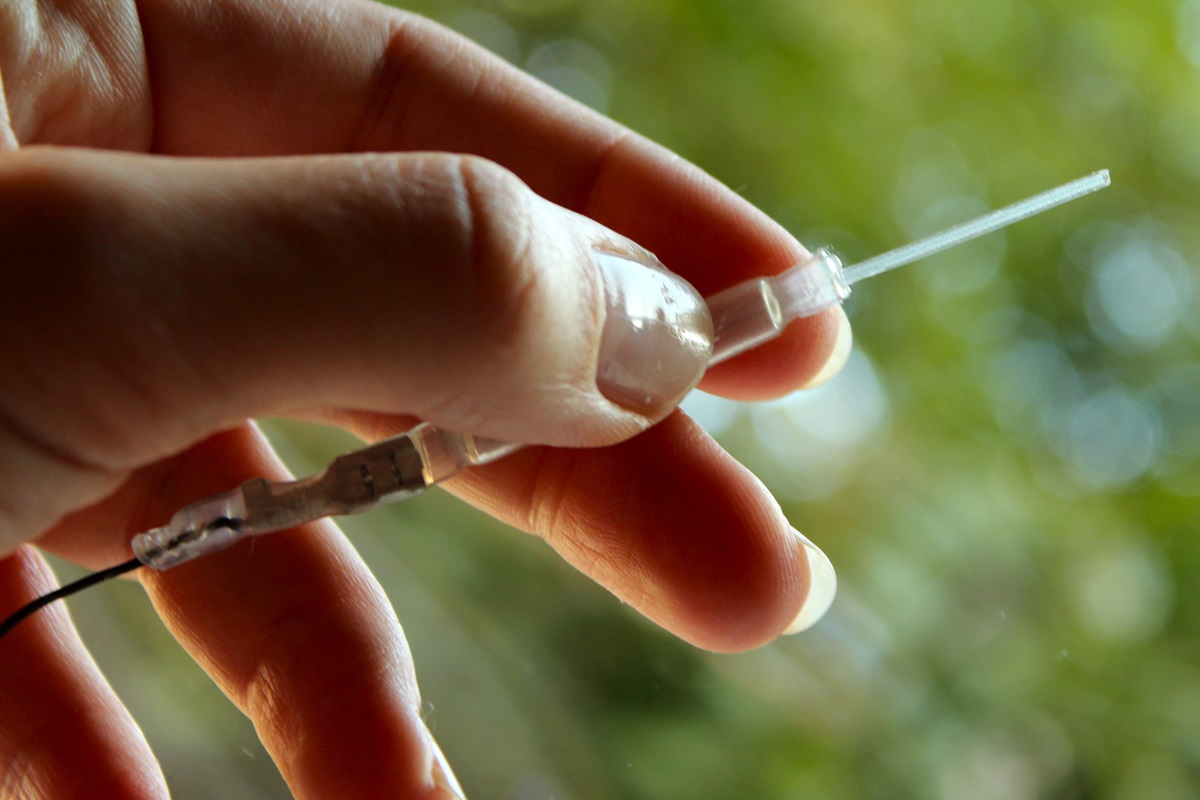 The results of ten years of research are now being published in Science Advances.

The implantable “ion pump” that delivers the body’s own pain alleviators with exact dosage precisely to the location where the pain signals reach the spinal cord for further transmission to the brain, could be in clinical use in five to ten years. Firstly, the device gives hope to the seven percent of the world’s population suffering from nerve pain for whom no other cure has been found - until now. But the pump could also be used to supply therapeutic substances to the brain and other parts of the body in addition to the spinal cord.

“The ion pump can be likened to a pacemaker, except for alleviating pain,” says Professor Magnus Berggren, head of the research conducted by Assistant Professor Daniel Simon and PhD student Amanda Jonsson at the Laboratory of Organic Electronics at Linköping University’s Campus Norrköping, in collaboration with Dr. Zhiyang Song of the Department of Clinical Neuroscience at Karolinska Institutet, where Professor Bengt Linderoth leads the preclinical side of the project. 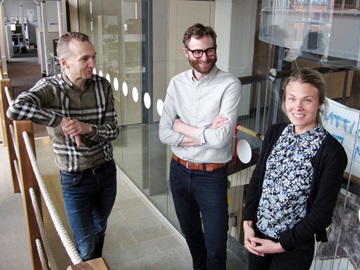 While a pacemaker sends electrical impulses to the heart, the ion pump sends out the body’s own pain alleviator – charged molecules of what are known as neurotransmitters – to the exact place where the damaged nerves come into contact with the spinal cord. This means that the pain impulses never reach the brain. In this case, the device delivered the neurotransmitter γ-aminobutyric acid (GABA), whose natural task is to inhibit stimuli in our central nervous system.

The technological breakthrough described in the Science Advances article is that the researchers constructed the therapeutic implant using organic electronics – a class of materials capable of easy translation between electronic and biochemical signals –and that it has been used to block pain impulses in awake, freely-moving rats. With the help of the ion pump, positively-charged ions can be administered in four different locations, adapted according to the exact points where the nerve endings meet the spinal cord. An electric current through the ion pump is all that is needed for the GABA neurotransmitter to be spread as a thin cloud at these exact locations on the spinal cord. So far, the pain alleviation has had no negative side effects.

“What’s unique is that we’re using organic electronics to send the body’s own chemical signals. The organic materials are easily accepted by the body, and they communicate just as in biology – with charged ions,” says Assistant Professor Simon, who was also the one who presented the initial results in which an ion pump based on plastic electronics could regulate cell functions in living animals, published in Nature Materials in 2009.

Experiments on animals are strictly regulated. In this case they were conducted by researchers at the Karolinska Institute. The regulations for this type of medical advance mean that experiments on animals, for the present, are a must if the technology is to be tested on humans in the future. 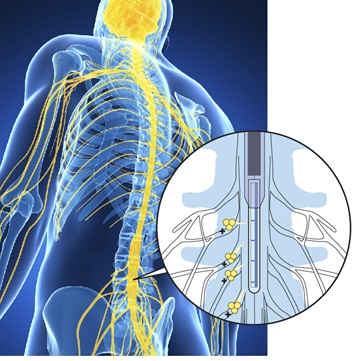 In Science Advances, a new sister publication of the respected journal Science, all articles are published with open access.