Celebrations to mark the 40 year anniversary of Linköping University will be continuing in the autumn with a variety of activities. The biggest event will be a jubilee science congress in Norrköping. 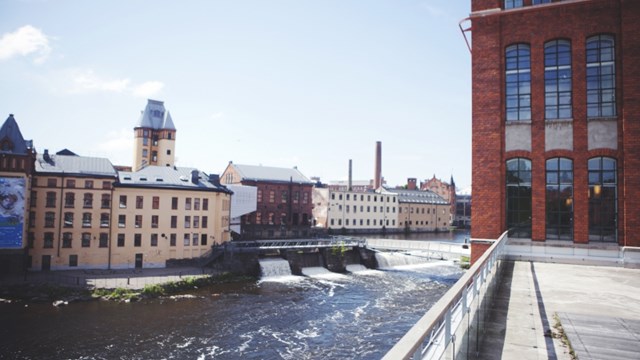 The conference will take place on 11 November, taking the theme of renewal. The guests will be LiU’s Swedish and international collaboration partners, including some from the ECIU (European Consortium of Innovative Universities) network of which LiU Vice-Chancellor Helen Dannetun holds the chair.

The programme will contain themes such as ”Our changing environment”, ”Ethics for animals and humans” and ”What is it with the brain nowadays?”, in which many of LiU’s leading researchers will discuss topical challenges in our society.

Karin Fälth-Magnusson, deputy vice-chancellor and chair of the Jubilee Committee explains that it was not easy to make the choice:
”A group of representatives from every faculty proposed researchers who in some way stand for renewal and cross-disciplinary work in practice. It was really difficult to choose. But I think we have assembled a really strong programme with research that reflects the breadth of work at our university and which has both scientific and social relevance.”

The conference will be opened by Helen Dannetun, Anna Ekström, the chair of the University Board and Bertil Andersson, previously vice-chancellor of LiU and now of Nanyang Technological University in Singapore. To finish the conference some LiU ‘Alumni of the year’ will discuss what students of the future need to be equipped with when they finish their university studies.

The day will be filmed so that afterwards more than just the invited guests can follow the key elements of the programme.

“And we also have lots of jubilee events in the autumn aimed broadly at students, staff and the general public,” stresses Karin Fälth-Magnusson.

New Students’ Day and LiU Researchers’ Night - where LiU and other universities from all over Europe display their research to the public - will be part of the celebrations. As will four lunchtime concerts on Campus Valla.

On 21 October there will be presentations about challenges in life science, molecular medicine, and graphene based on three of the most important research initiatives in Sweden and Europe last year. The lecturers are: professors Mathias Uhlén, former director of SciLifeLab, Stefan Thor, director of the new Wallenberg Centre for Molecular Medicine at Linköping University, and Jari Kinaret who heads the Graphene Flagship initiative.