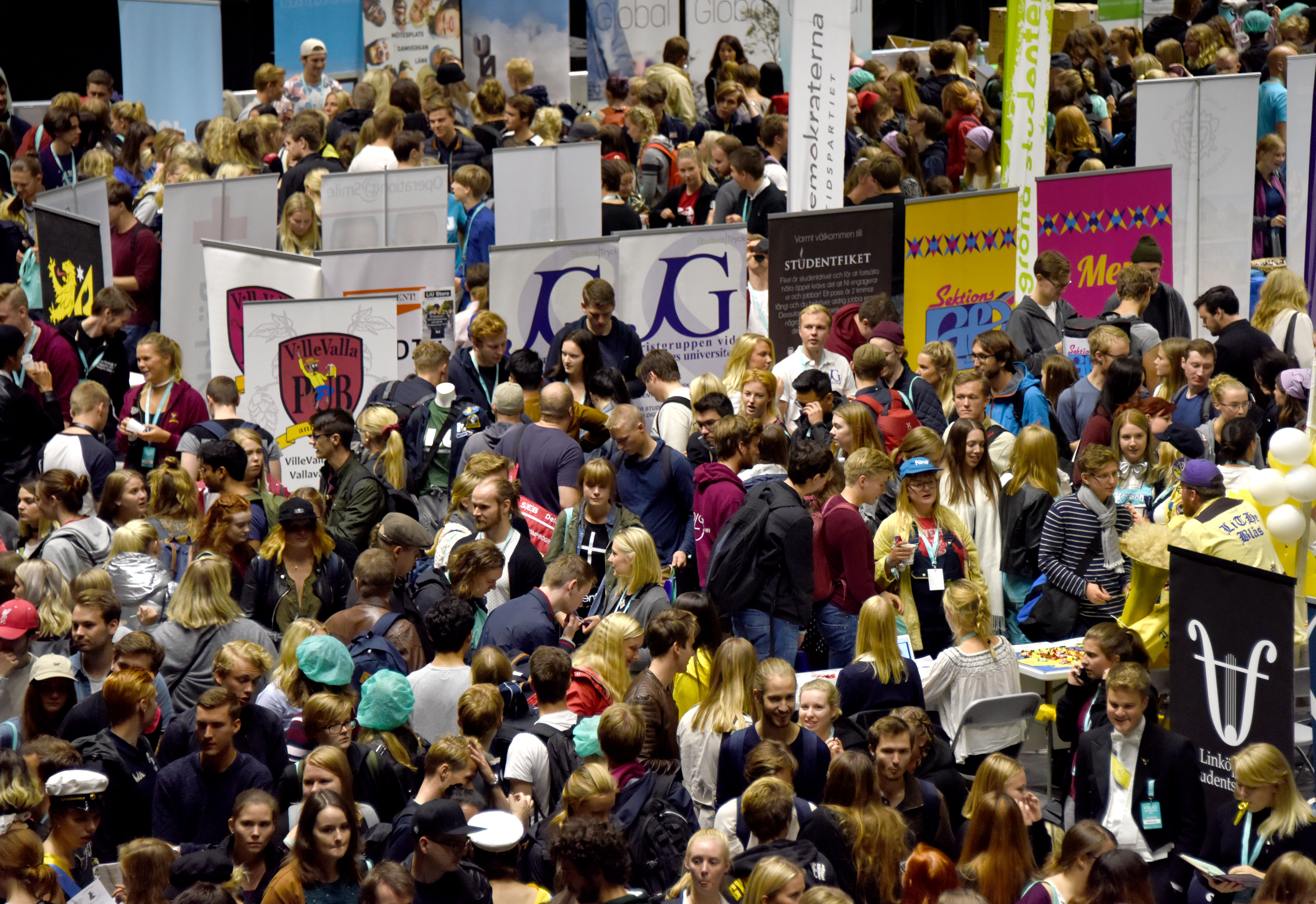 “It’s brilliant, and I’ve already spoken to lots of people to find out about the clubs that best suit my interests. I’ve found one group that runs together, and one that works with music.” 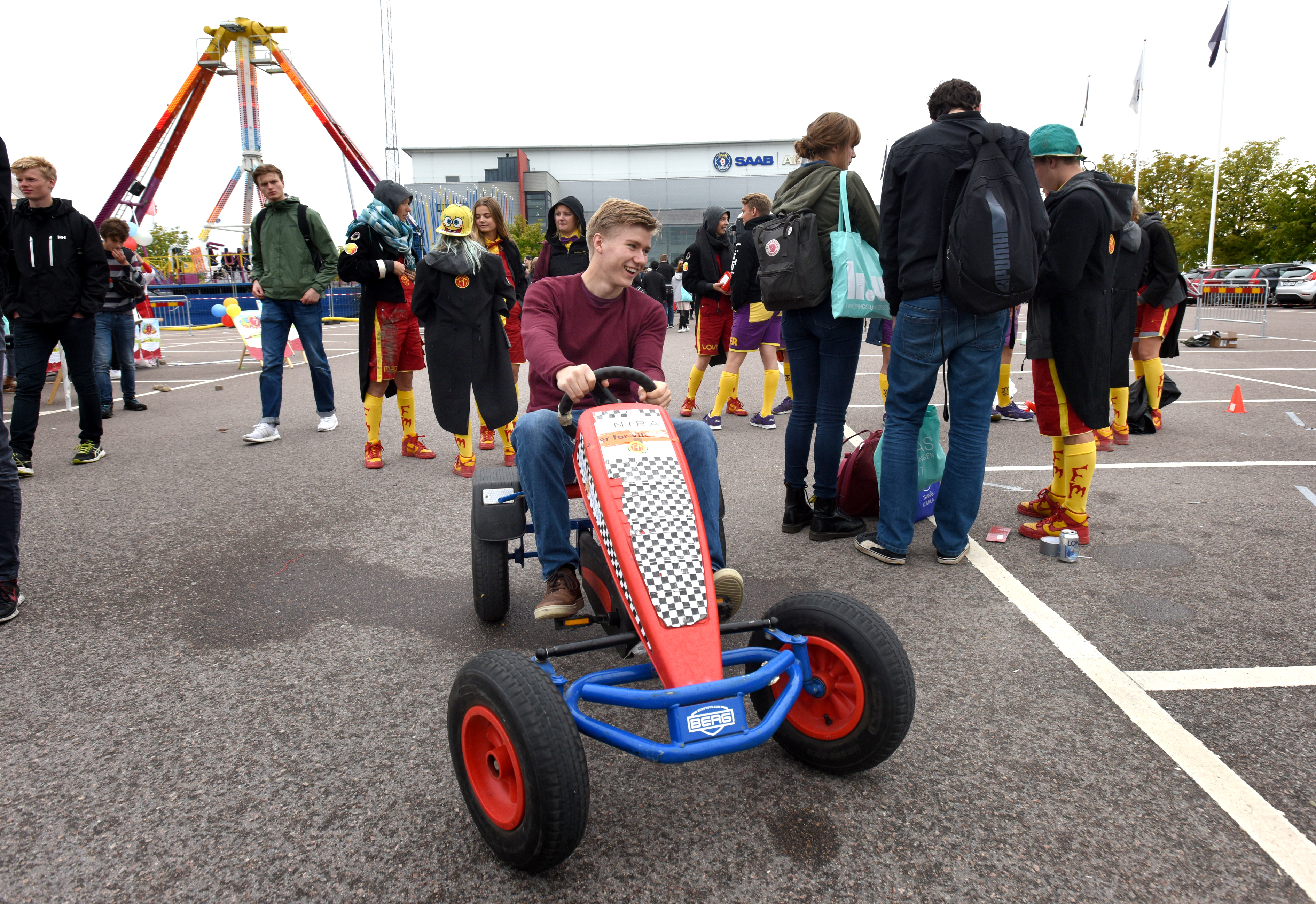 Photo credit: GORAN BILLESONOlov Westerberg from Nyköping is one of the thousands of new students at Linköping University who has made his way to Saab Arena for Kalasmottagningen, also known simply as Kalas, or in English, New Students’ Day. He’s having a go at one of the many activities offered by the student unions on the parking lot outside the arena: parking a pedal car, and hopefully reaching the finals which will take place at Campus Valla’s Blå Havet.

“I didn’t do particularly well,” he laughs, before heading inside to mingle and chat with reps from a wide range of clubs and businesses.

At times it’s difficult to move around in the arena. All sorts of student clubs are in attendance, hoping to sign up new members, and they all have their own tricks to attract the students to their stand. Some offer carrots, noodles and biscuits, others offer singing and competitions. 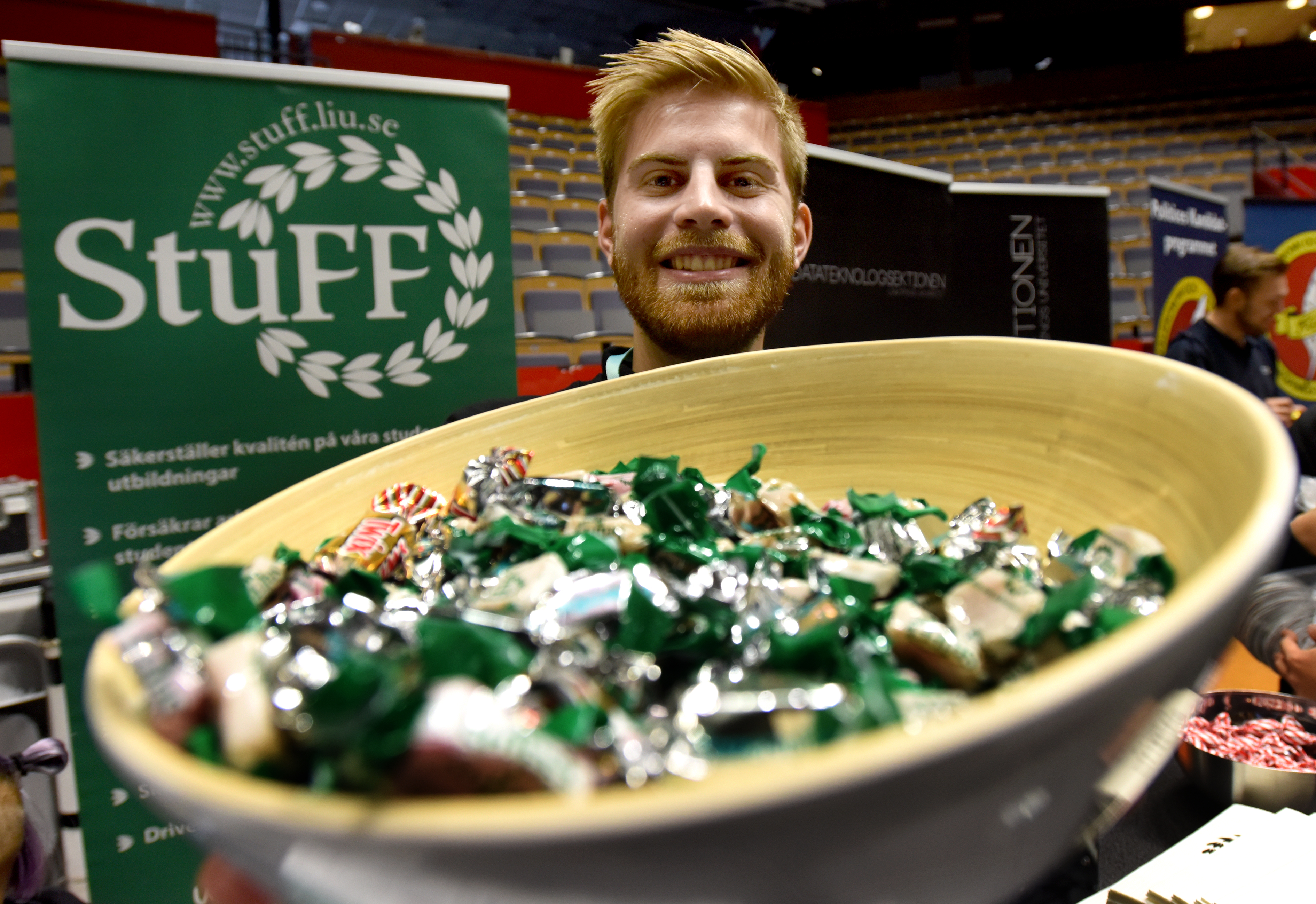 Photo credit: GORAN BILLESON“For us, the important thing isn’t selling memberships. Our aim is that the things we say will make the students want to be members. It has to come naturally,” says Andreas Lind, who is in charge of social activities in the STUFF student union committee.

At their table we see sweets and quizzes – but most of all, curious students getting their questions answered.

“As a STUFF member you help support our work to improve the university’s working environment, education quality and social quality. For us it’s important to show that we exist, so new students know who to contact when they have questions about these sorts of matters.” 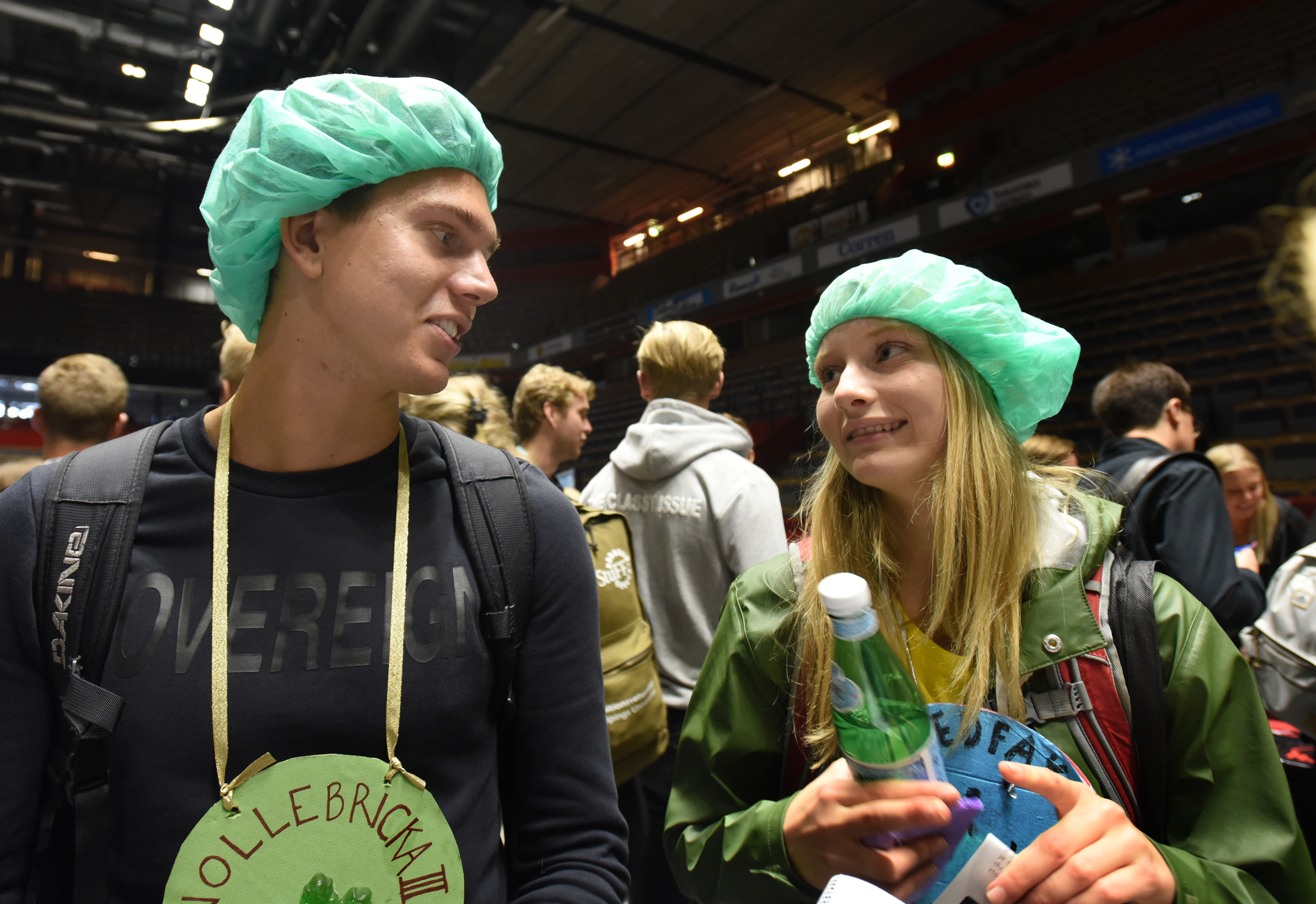 Photo credit: GORAN BILLESONAt another table we find Gustav Eklund from Karlstad and Lina Björklund from Ödeshög. Their turquoise headwear makes them stand out, and tells new students that they’re from the medicine programme.

“Actually, another student asked where you can get one of these hats,” says Lina Björklund and laughs.

“I think I’m going to be a good doctor after I finish my training. LiU has high-quality instruction, with problem-based learning – which is why I chose LiU,” says Gustav Eklund.

Other visitors come from further afield. 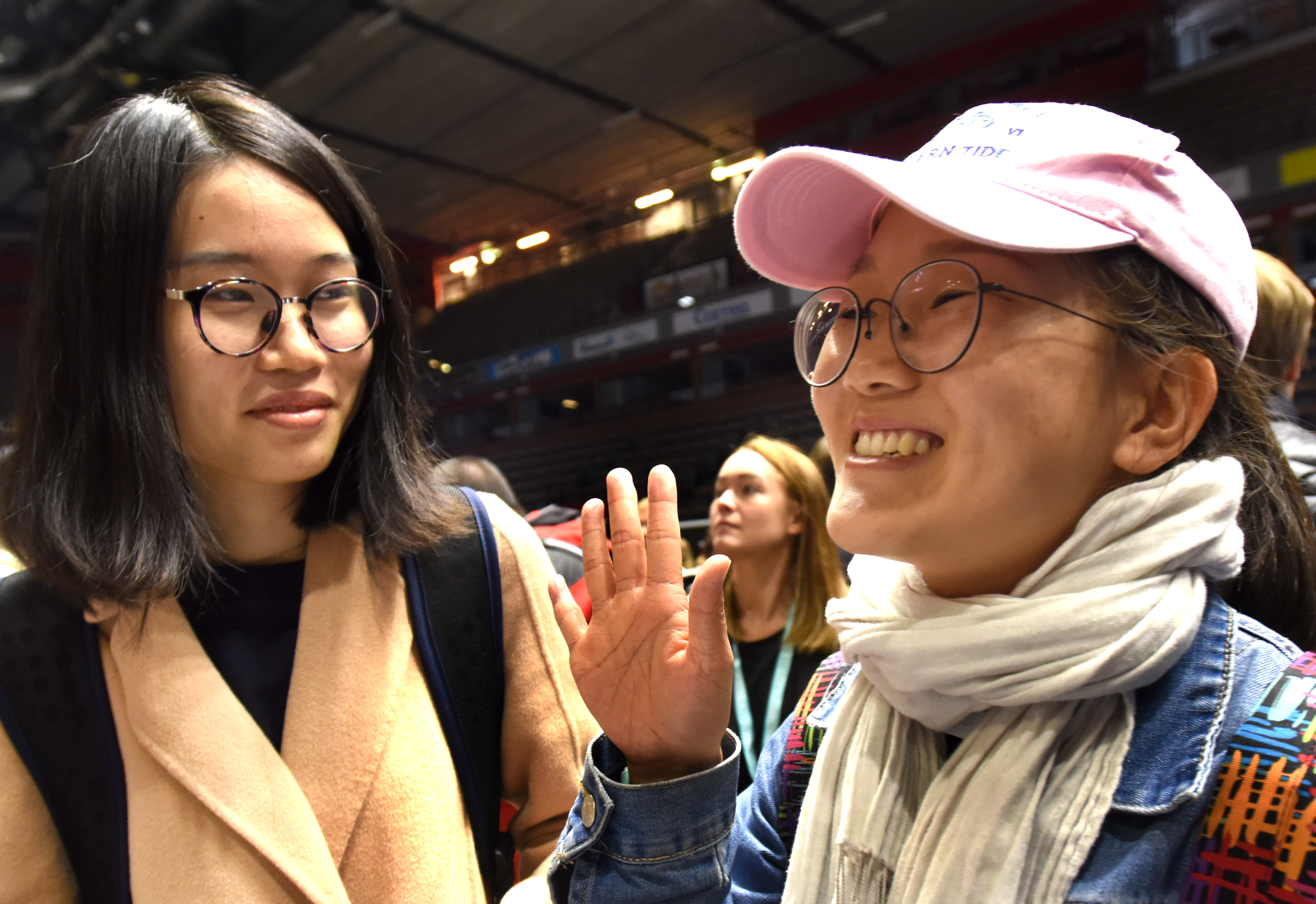 She and her new studymate Siyuwet Cao both come from China. Sweden and Linköping have already made an impression on them.

“It’s quiet and peaceful, with beautiful countryside, and everyone is so friendly,” says Siyuwet Cao.

Both agree that there is a big difference between studying in China and in Sweden.

“It’s more relaxed here, and the teachers are more like friends. As a student you have more freedom, and individual planning.”

For some of the visitors, Kalas is a chance to meet LiU alumni. In a tent, invited alumni mingle, while listening to a speech by Vice-Chancellor Helen Dannetun and the music of Timo Räisänen. 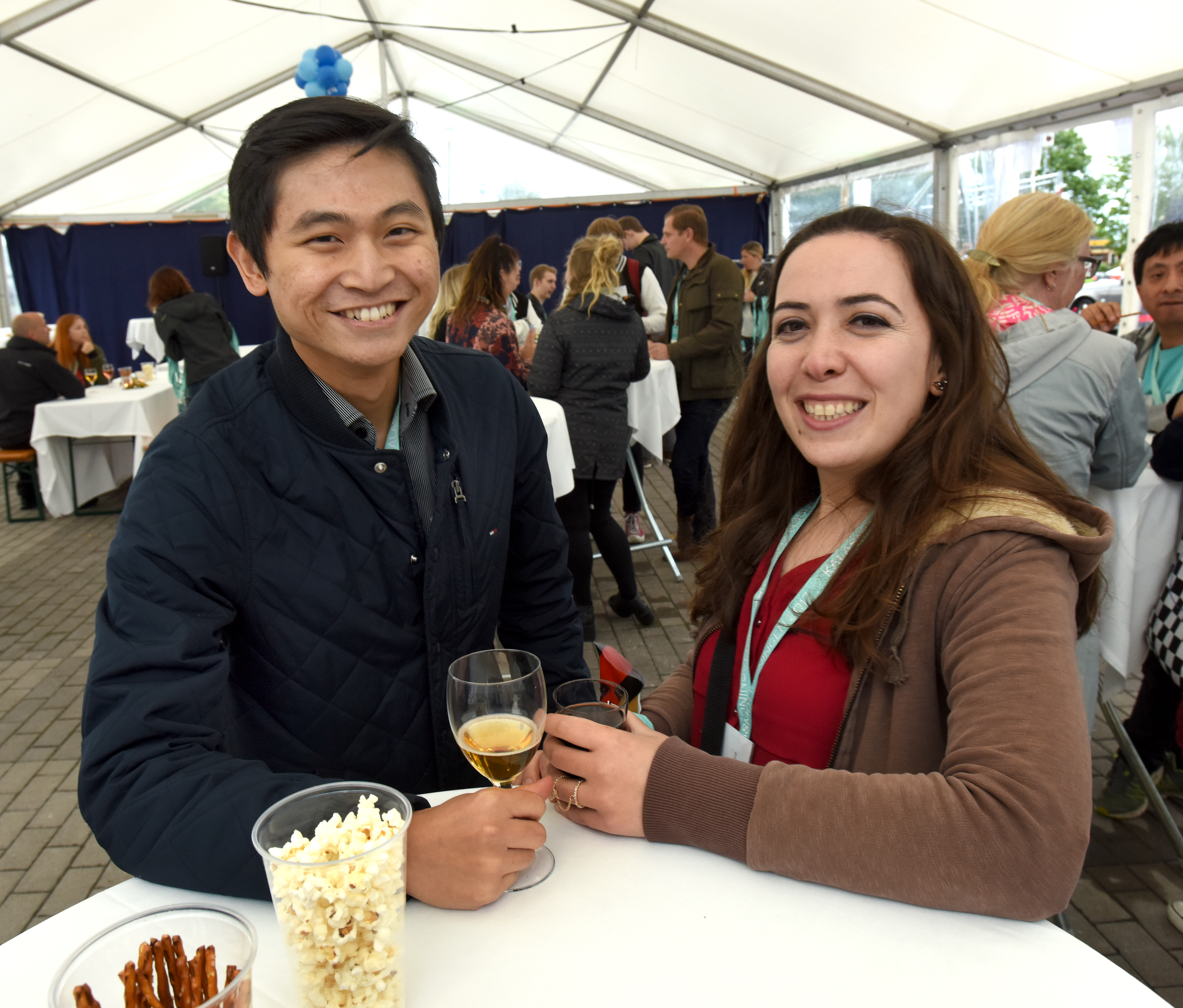 “Studying at LiU is not to be missed, it was the most enjoyable years of my life,” says Minh le Tran, who studied applied physics and electrical engineering, graduating last year.

He now works as an IT consultant at Saab, as does his ex-classmate Jonas Hertman – though Jonas is a software engineer.

“Student life at LiU was a lot of fun – I joined several groups and we got up to all sorts of things. Another good thing about LiU is that everything is located at one place, not spread all over town,” he says. 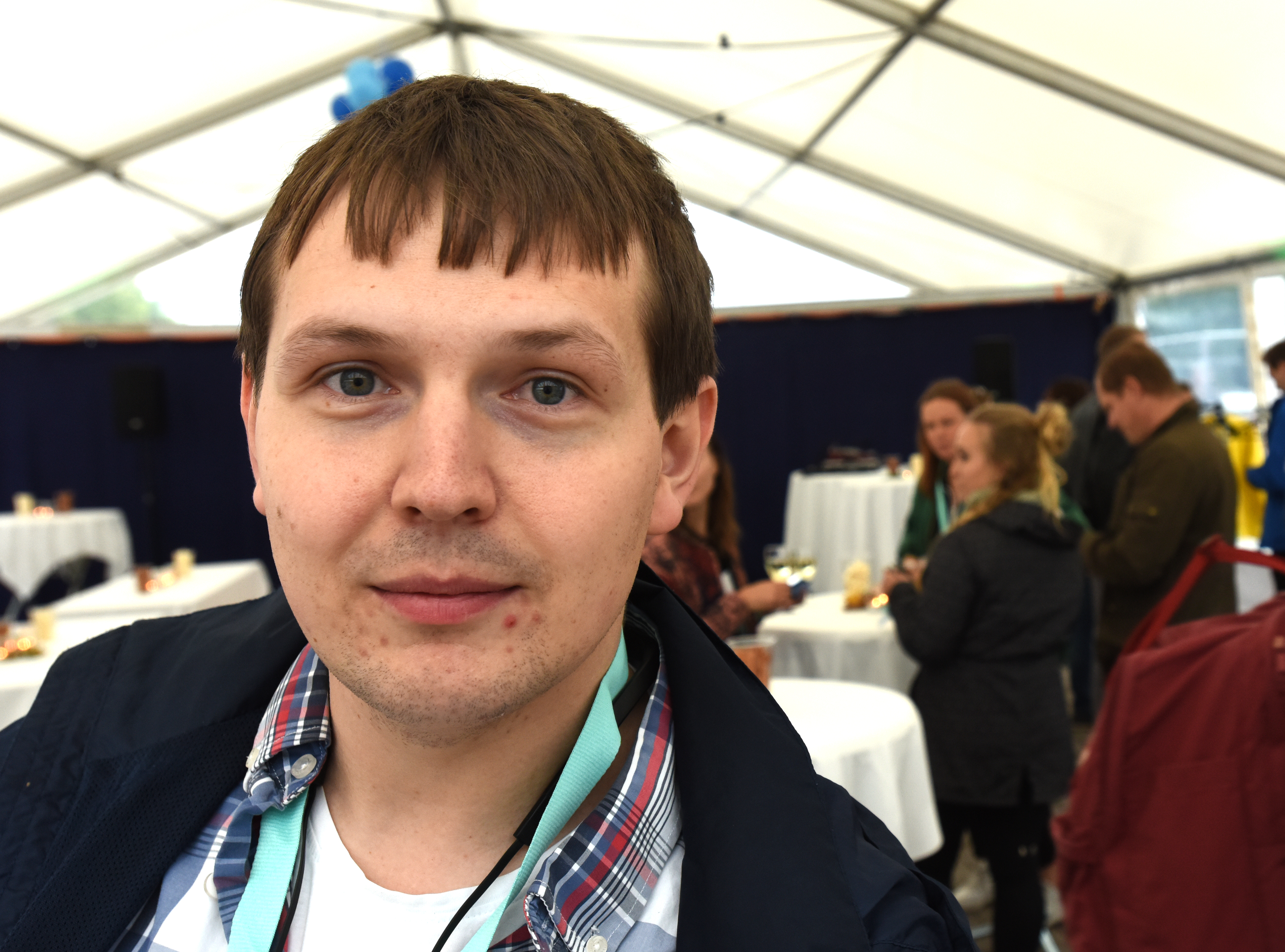 Photo credit: GORAN BILLESONAt their table is also Feyza Cilingir from Turkey. She completed a master’s in education in 2016, and is now a teacher in Linköping.

“At LiU, the focus is on the students. We were able to express our emotions and thoughts in a way that wasn’t possible at the university I attended in Turkey. There the emphasis was on what the teacher said, and as students our role was mainly just to listen,” she explains.