Learn Swedish or learn to be Swedish?

Swedish language instruction for adult immigrants focuses more on culture than on the language itself. This takes energy from language acquisition. The students are taught to be good Swedes, rather than learning Swedish, according to a new doctoral thesis at REMESO. 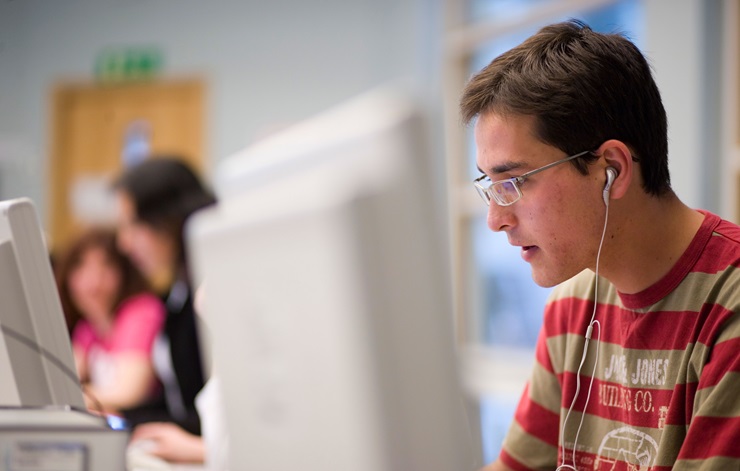 Mozhgan Zachrison studied two groups of adult learners with foreign backgrounds: one group in basic adult education and one group at Malmö University. Her own experience is that good skills in the Swedish language are vital for anyone moving to Sweden.

“Language is the key to our entire existence, to employment, to self-esteem, and a sense of community. Actually, to everything.”

With a background in language and communication, she wanted to know why Swedish language instruction yields such varying results for different individuals.

“Why do some master the language, while others don’t? What takes place in the Swedish instruction?”

Dr Zachrison sat in on the instruction and interviewed students and teachers in basic adult education, which is intended for immigrants who require more training in Swedish. The instruction focuses more on teaching them Swedish culture than the language itself. She concludes that this is an obstacle for the students.

“The instruction wasn’t related to their social reality. Instead of making use of their own experiences, they got an assignment to write about Easter in Sweden. For many students this required numerous hours of research, instead of working on language and communicative skills.”

Another example was the novel they had to read, Grabben i graven bredvid (The Guy in the Grave Next Door). To understand it, the reader needs a large vocabulary and lots of knowledge about social codes in Sweden. For many of the students it was simply confusing. They couldn’t follow the story, they didn’t understand it, and they lost interest.

Another point was that the methods of instruction were traditional. There was no group work or personal reflection. It was traditional lectures from the lectern, with the teacher running the show. The students are seen as victims of their social and cultural background, which they have to be saved from. They are stripped of their personal autonomy and symbolic honour,” she writes.

No motivation among the students

But the problem isn’t just with the instruction, it is also with the students. Many have a longstanding dream of returning to their native country. Physically they are in Sweden, but mentally they are somewhere else. They search out their own ethnic groups and build an existence with them, a society within society, where they can manage most aspects of life without having to know Swedish. There is no motivation for them to learn Swedish.

Separate language and culture instruction. That is Mozhgan Zachrison’s recommendation. She also calls for attitudinal change, more curiosity about and interest in the people who come to Sweden. What do they bring? What experiences do they have? How is it to be an immigrant? We also have to take a closer look at the mechanisms that cause some immigrants to isolate themselves from the Swedish language by becoming part of “ethnic communities”.