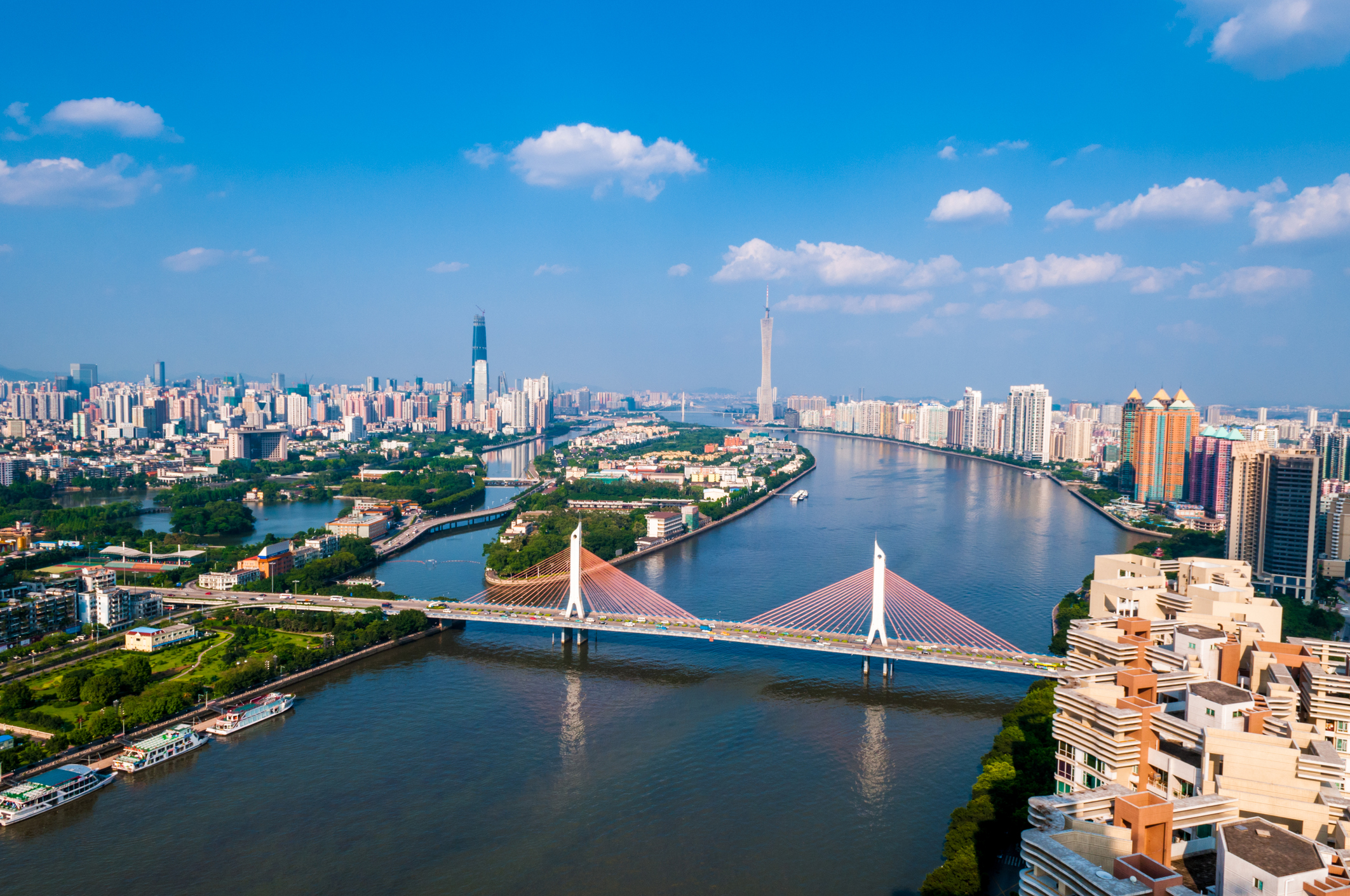 Guangzhou - a fast growing city along the river Pearl. Photo iStock Photos.Guangzhou is a fast-growing city with around 15 million inhabitants in a part of southern China undergoing rapid expansion. It has been a twin city of Linköping since 1997. Guangzhou University and several other universities can be found there, on an island in the Pearl River. The campus on the island is planned to eventually have around 350,000 students, and this enormous campus will, of course, produce huge amounts of food waste – food waste than can produce vehicle fuel or electricity.

Jonas Ammenberg, senior lecturer at the Division for Environmental Technology and Management, is leading one of the pilot projects with 17 researchers, 10 of them from LiU. “It’s really exciting and great fun. We’re going to have to regard the first year as a learning period during which we transfer knowledge, establish collaboration, and lay down ideas about how we can go on from here,” says Jonas Ammenberg.

China has some biogas facilities and some universities possess expertise in the field, but this is a new area for Guangzhou University, both in research and education.
“We will have to contribute knowledge, and start gradually,” he says.

The biogas project has three arms, directed towards biogas processes, the analysis of environmental and energy systems, and societal conditions.
“For the biogas processes, the researchers at Guangzhou want to establish a full laboratory setting in which to study them. They currently have a laboratory with some equipment, but what is needed more than anything else is transfer of knowledge,” says Jonas Ammenberg.

The second arm concerns putting the planned system into perspective, and for this the researchers will make a rough estimate of the amounts of food waste involved, the amounts of gas and electricity that can be generated, and the extent to which biogas solutions can contribute to reducing greenhouse gas emissions. Finally, the project’s third arm will attempt to identify and interview central stakeholders, in order to investigate the prevalent conditions against which biogas solutions can be developed.

The city of Guangzhou is also expanding its waste incineration, and this is the topic of a second pilot project with Joakim Krook and Stefan Anderberg, both researchers at the Division for Environmental Technology and Management. They will supervise a degree project that will map the flows of waste in this immense city. Most waste currently ends up in landfills.

“In order to build up an efficient system of waste management, we need to know how waste travels within the city, and the quantities and qualities of waste involved,” says Joakim Krook.

The degree project will involve collecting data in collaboration with Chinese researchers and students. It is intended to be the basis of guidelines for how to design the system to be as efficient as possible, and where to invest most resources. 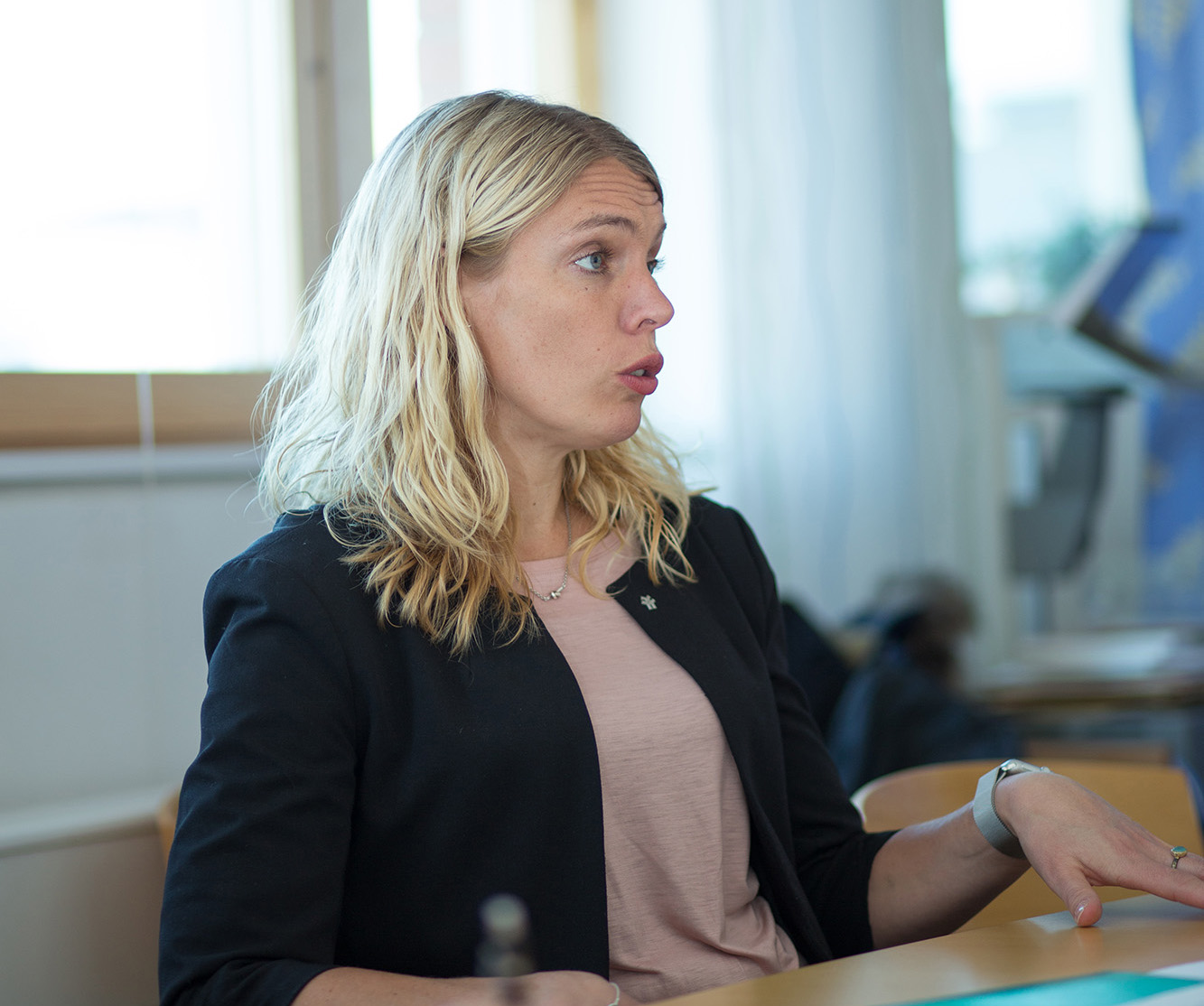 Kristina Trygg“We will take a closer look at urban planning, where the metro system in Guangzhou is an interesting system: what are its social, environmental and economic effects on the city? We want to find out what the city planners look at, how great their freedom is relative to the central five-year plans, and how inhabitants view urban planning,” says Kristina Trygg, researcher at the Department of Thematic Studies – Technology and Social Change.

“One of the challenges is establishing a productive dialogue with the Chinese researchers. But we’re sure that the study will give interesting results, provided we can achieve what we’re hoping for,” she says.

The three pilot projects are already well under way, but the intention is that long-term collaboration will develop between Linköping University and the Guangzhou University Research Center on Urban Sustainable Development.

“Both parties agreed at an early stage that the drive and interest in collaboration must come from the researchers themselves,” remembers Per Larsson, who was previously head of faculty administration at the Faculty of Science and Engineering.

Per Larsson is a member of the working group at LiU tasked, together with Chinese colleagues, with ensuring that the collaboration functions well. Other members of the group are Per Gyberg, head of department at the Department of Thematic Studies, Stefan Anderberg, professor at the Division for Environmental Technology and Management, and coordinator Jack Zhe Yang.

“This is a unique collaboration in which the funding is provided by China. It is hoped that the centre will in the long run become self-financing,” says Per Larsson.