Detailed project planning and working independently. These will occupy several LiU students during the summer as they work to contribute to research into Alzheimer’s disease and participate in the international competition iGEM. 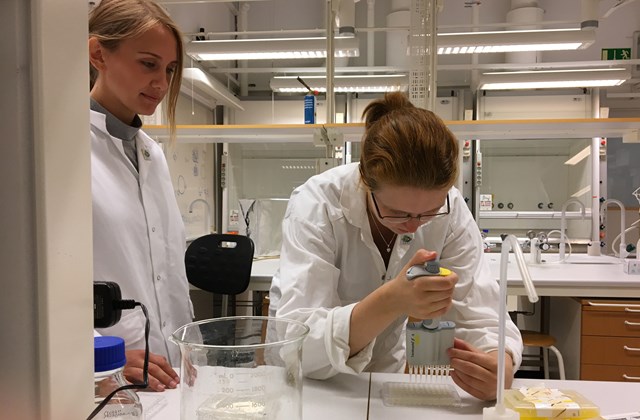 Moa Nilsson (left) and Marie Peterson are participating in in iGEM 2017 with a project on optimising protein expression. Photo credit: Susanna Lönnqvist.Max Lindberg, Moa Nilsson and Marie Peterson are working in a laboratory in an empty and silent B Building at Campus Valla. For the students in the LiU iGEM team, the summer is when work is most intense. The project started in March, and has now progressed to practical laboratory work. The international competition iGEM (International Genetically Engineered Machine) pits student from all over the world against each other in synthetic biology, a research area in which biology and technology unite to create and test new biological systems and functions. The competition encourages students to identify a problem and solve it with the aid of synthetic biology.

This year the LiU team is getting to grips with difficult-to-fold proteins. The aim of the project is to optimise how bacteria that are used in the laboratory express difficult-to-fold proteins. They are investigating two proteins, tau and amyloid beta, that are linked to the progression of Alzheimer’s disease. As the disease progresses, the proteins are expressed erroneously and form bundles of protein known as “fibrils”. These subsequently form the protein plaques in the brain that characterise the disease. In order to ensure that proteins fold correctly, help is usually required from proteins known as “chaperones”. The project will look at three different chaperone systems.

“We want to test as many combinations of protein and chaperone as possible. We aim to express the proteins in the laboratory in a pure form and at sufficient amounts to be used in studies,” says Moa Nilsson.

“We hope to be able to use the fusion proteins to follow the process at an earlier stage than we can at the moment,” says Max Lindberg.

The practical laboratory work has been preceded by detailed planning and mathematical modelling. These preparations have led to a stage at which the students’ ideas can now be tested. The work is being conducted in parallel, where computer models of the proteins help to make decisions in the practical work, and insights from the practical work guide the modelling. The team hopes that interaction between the biological and the technical systems will lead them to an optimal method for expressing the proteins. 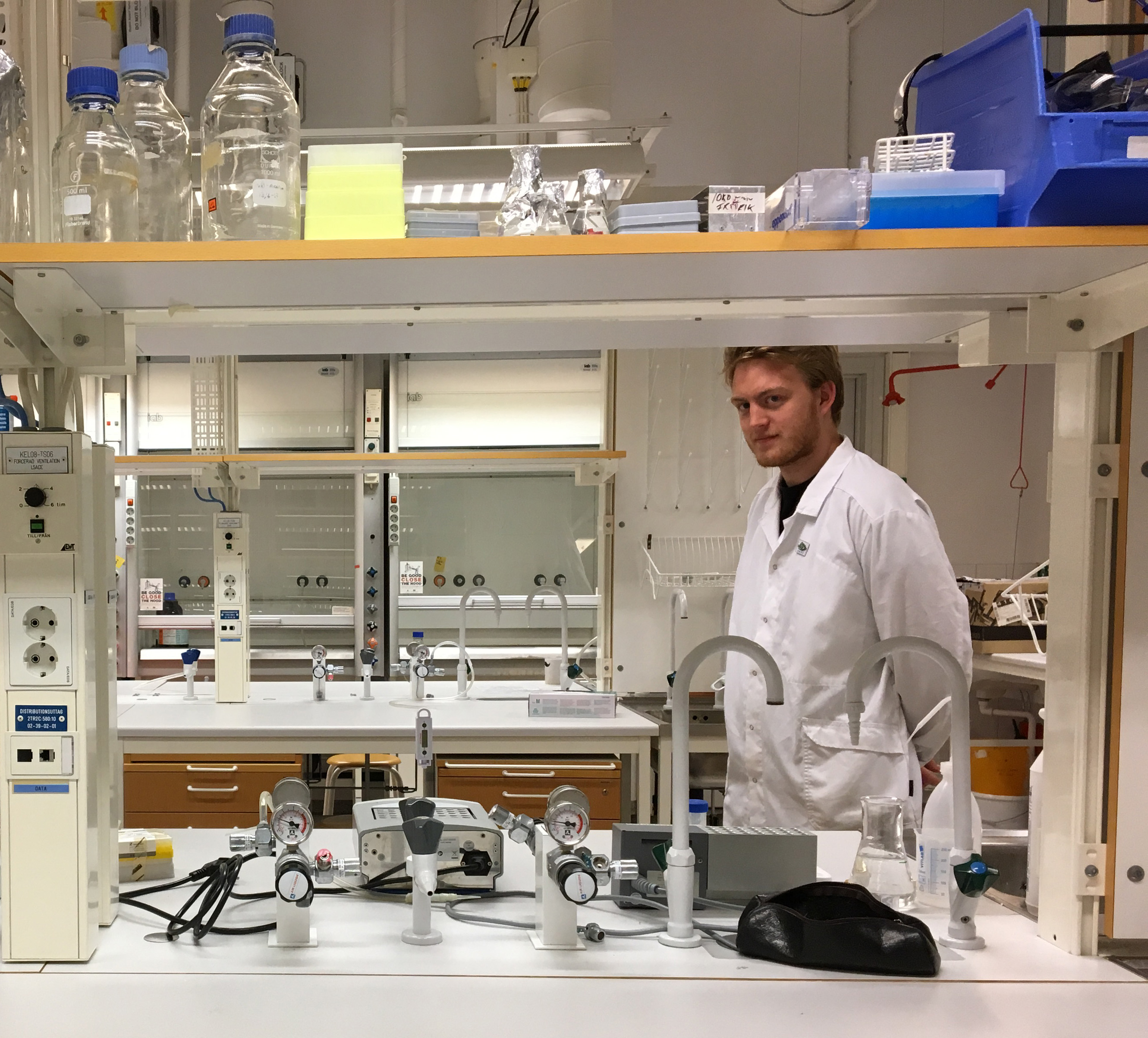 Linköping University has entered teams to the iGEM competition since 2013. Max Lindberg was a team member in 2015 and is participating again this year, now as project manager. The project is run by the students, who are responsible for everything from planning to recruiting sponsors and building the website.

“This is completely independent work. This is true research, not an exercise, and it’s extremely exciting and stimulating,” says Max Lindberg.

He tells how the group has learnt most effectively when things have not gone according to plan. The search for the reasons why things are not working is highly motivating, and the participants experience what it’s really like to carry out a research project. Moa Nilsson and Marie Peterson agree.

“The planning is difficult, both large-scale and small-scale, together with being able to foresee problems. It’s also difficult to make sure that you have sufficient margins,” says Max Lindberg.

Marie Peterson says that it can sometimes be difficult to believe in yourself, and all three students underline independence as one of the main reasons to participate in a project such as iGEM.

“Meeting and working with the others is great, and I’ve learnt a lot by putting my education to use in practical work,” says Moa Nilsson.

The eleven students in the team are studying chemical biology, technical biology or medical biology. Lars-Göran Mårtensson and Per Hammarström are supervisors and administrative support for the project. All teams that satisfy certain criteria will travel to Boston in November to participate in a conference and exchange of knowledge from the competition work.

Teams in the iGEM competition must also communicate their results and engage the general public in the project. The LiU iGEM website gives more information about the project and its activities.