Four foreign researchers, two Swedish business leaders and one folk scholar will be awarded honorary degrees from Linköping University at a ceremony this May. 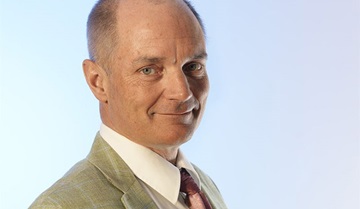 The degree of honorary doctor of medicine has been awarded to Torbjörn Kronander (right) and Jan-Olof Brüer, current and former CEO and President at Sectra. From its headquarters in Linköping, Sectra develops and sells products and services in the areas of medical IT and secure communication for thousands of hospitals worldwide. The two honorary doctors have been honoured for pioneering efforts in medical imaging. Sectra was a cofounder of CMIV at Linköping University, which has gained attention worldwide for its operations in medical imaging and visualisation. Together with LiU researchers and Interactive Institute, Sectra also developed the Visualization Table, as well as technologies for digital pathology which have resulted in faster diagnosis of breast cancer.


Honorary doctor of medicine has also been awarded to Prof Linda Penn from the University of Toronto. She collaborates with several researchers from LiU, and has played a key role in the establishment of LiU Cancer – a pan-university research network. 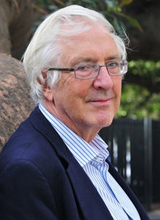 The Faculty of Arts and Sciences has awarded an honorary doctorate to the Norwegian sociologist and political philosopher Jon Elster (right), Columbia University. Prof Elster is one of the most internationally recognised Scandinavian sociologists of the past few decades. He has made important contributions within a wide range of fields, such as social explanation, the limitations of rational choice theory and the importance of social norms in social development. Prof Elster’s research has played an important role in the development of analytical sociology, a fast-growing research field at Linköping University.


An honorary doctorate has also been awarded to folk scholar Per Gräslund. He has a vast knowledge of life in the Swedish archipelago and of the emergence and evolution of livelihoods there. Through documentation, compilation and analysis, Gräslund has saved and passed on knowledge of life in the Östergötland archipelago, for the benefit of Sweden’s cultural heritage.

The title of Honorary Doctor of Technology has been awarded to Prof Mathias Schubert from the University of Nebraska-Lincoln. Prof Schubert is a world leader in spectroscopic ellipsometry and has contributed to the development of blue and white LEDs, fast processors and efficient biological and chemical sensors. Since 2000 his collaboration with researchers from Linköping University has resulted in theses, scientific papers and patents, as well as student and researcher exchanges. Professor Schubert also played a key role in the foundation of laboratories for spectroscopic ellipsometry at Linköping University.

The title of Honorary Doctor of Technology has also been awarded to the American researcher Thomas L. Marzetta at Bell Laboratories, an international authority on communication theory and statistical signal processing. He has developed a concept for the 5G wireless communication systems now under development in the telecom industry. Dr. Marzetta collaborates with researchers at the Division of Communication Systems at Linköping University, which has resulted in several highly publicised scientific articles.

The honorary doctors will receive their awards at a ceremony in Linköping on 23 May 2015.