Students at Linköping University establish themselves the most quickly on the labour market, as shown in a recent report from UKÄ, the Swedish Higher Education Authority. LiU shares first place with Örebro University among the major, established higher education institutions. 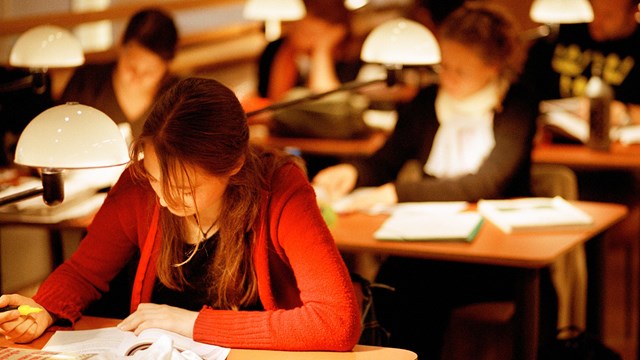 The report also shows that the number of LiU students with new degrees on the labour market has increased over the past few years. In 2007, the figure stood at just over 80 percent. In the latest measurement, in 2013, it was up to almost 86 percent.

“Linköping University has long been comfortably placed in these investigations. One reason is that the unified degree programmes predominate at LiU and that makes it easier for students to get jobs. Another reason is that by tradition, the university has comprehensive collaboration with other entities such as the business community and other potential employers; they are also part of several programme boards. They open the door to opportunities for our students”, says Lena Pettersson, Director of Higher Education at LiU.


The numbers come from UKÄ, which regularly follows up on how various student groups have established themselves on the labour market one and a half years after having finished their studies. With the help of information about income, occupation, unemployment and more, it is possible to get a picture of the situation.

The report shows that people with professional qualifications – engineers, nurses, and doctors, for example – establish themselves the most quickly on the labour market.

In Sweden, a total of almost 81 percent of people who received a degree in the 2011/12 academic year were established on the labour market by 2013 (compared with LiU’s figure of nearly 86 percent). Of these, more than 90 percent had a job with a requirement for a university education.

For people with a foreign background, the figures are lower. 73 percent of those who received a degree in 2011/12 were established on the labour market by 2013 – women to a slightly greater extent than men.

The study also shows that students who take their degree get jobs to a greater extent than those who do not – 81 percent compared with 68 percent.