This project aims to develop enabling technologies that allow for human-robot cohabitation in mines. That is, to facilitate safe and efficient interaction between humans, autonomous systems, and manual machinery.

The goal in human-robot cohabitation in mines is to facilitate safe and efficient interaction between humans, autonomous systems, and manually operated machines. Robust and accurate localization of each object is an enabler to achieve this goal, and the first phase of this project aims to develop algorithms onboard autonomous vehicles that localize the vehicle relative to the mine and other stationary and moving objects in the environment.
The use of autonomous vehicles in mines today requires that no manual operation is allowed in the same area.  Safety gates separate a production area so the autonomous vehicles can operate without any manual interference. This setup makes the automation very sensitive to external disturbances.  For example, an operator entering through a safety gate will potentially shut down the full production area. The first approach is to base the situation awareness on data from a laser scanner, using an adaptive map of the mine. Illustration of the position dependent information content in a mine, using two laser scanners mounted on a loader.  Illustration Epiroc. 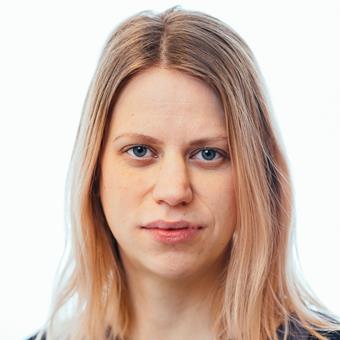 The goal of this project is to develop autonomous functions for the joint problem of sensor management and aircraft control to relieve a human system operator. This will be achieved by exploring high level control of the platforms and resources.

The time update is a critical component in navigation and tracking filters. In this project, we aim to use data-driven methods and machine learning to learn the dynamics of the vehicle.

The goal is to obtain a map of the radio environment in distributed radio systems, and use this map for localization.

Localization and Monitoring of Vehicles supported by Inertial Sensors

The goal is to develop fundamental nonlinear filtering and estimation methods with applications to speed estimation in wheel based vehicles.