There is certainly a huge market for Swedish environmental technology in a megacity like Mexico City. But environmental and social issues are closely intertwined; what works best is technology adapted to daily life in Mexico, as a new licentiate thesis shows.
Mexico City is one of the world’s largest cities, with 21 million inhabitants, of which 9 million live in the actual city. The environmental problems are big; water shortages, chaos in traffic, poor air quality and gigantic piles of garbage are just a few of them.

Santiago Mejia-Dugand is a PhD student in Environmental Technology and Management and a former student at the international master’s programme in Energy and Environmental Engineering at Linköping University. He wanted to know why all the existing environmental technology that works is not used where it’s most needed. Mejia-Dugand chose to study Mexico City and Cairo, two cities located in oil economies with roughly the same number of inhabitants and with similar problems. Owing to the disturbances in Egypt, the studies so far have primarily dealt with Mexico City; the conclusions in the thesis are built on a number of visits to the city and numerous interviews.

“The greatest dilemma of the megacities is that their governments are very aware of the major environmental problems. They also know that solutions require great changes, but to avoid social chaos they have to choose the solutions that have the least effect on existing structures,” Mejia-Dugand says. 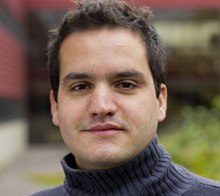 Foto: Peter Modin
Big expensive projects like SymbioCity, started on the initiative of the Swedish government, are felt to be utopian and unrealistic. Instead, companies that really delve into the problems and offer a solution adapted to the reality in Mexico City have the best opportunities.

Big cities are complicated human organisms consisting of a multitude of connections and dependencies. A number of partners with different types of relationships and interests try to agree. As seen from the outside, a good solution to a problem that everyone knows needs to be solved still meets with opposition from several directions, when it involves major changes.

“Managing work for change requires stable political leadership. While we talk about a 20-year perspective in relatively stable Europe, in Mexico it’s a matter of months, sometimes even days,” Mejia-Dugand says.

No major market for heating

The problems aren’t easy to solve, either – a few examples: Within the actual city, more than 12,500 tons of waste are produced every day. Burning the waste and using the heat won’t work here, as there is no major heating market for the energy released. Using garbage dumps as a resource the way we do in Sweden is also problematic: in Mexico City, many people depend on garbage dumps for their support, working as informal recyclers. Taking away that opportunity creates major social problems. Extracting biogas is no big thing either, in a country that has plenty of oil to live on.

“Innovative solutions spread significantly more quickly if the recipients see the advantages immediately, and that the technology is easy to use and works in everyday life,” Mejia-Dugand argues.


Diffusion of Environmental Technology in an Megacity, a case study of Mexico City, Santiago Mejia Dugand, Department of Management and Engineering, Linköping University, 2013. 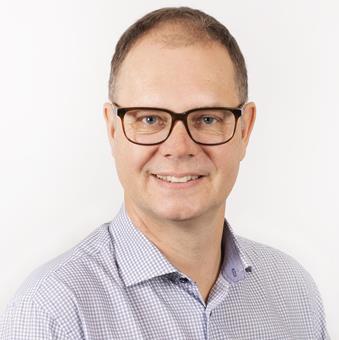