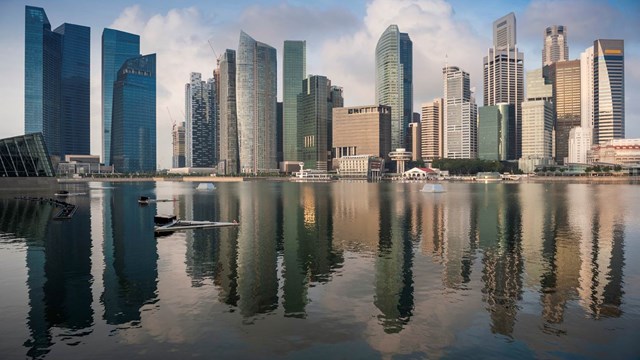 Linköping University is one of six Swedish universities that have joined forces to establish new international collaborations. With this aim, a group of Linköping University researchers in fields such as education, materials science and aging recently travelled to Singapore.

“We already have a long list of collaborations with universities in Singapore. It is the most important non-European country for our exchanges. Swedish students are keen to go there, and we’re happy that people in Singapore are also interested in coming to Sweden. Sweden is one of the most popular countries for their students to study in, they prefer it to both the US and Canada, we have a good reputation and lots of English-taught programmes,” says Lars Holberg, Head of International Department at Linköping University.

Eleonor Antelius is one of the researchers who took part in the delegation. Her research is in dementia and elderly care, and she works at CEDER, Center for Dementia Research, meaning she is also affiliated with NISAL, the National Institute for the Study of Ageing and Later Life.

“It turned out that our views on aging and the elderly have similarities as well as differences. In both countries the ambition is to enable the elderly to live at home as long as possible, and that they should have a dignified life. However the researchers in Singapore are more focussed on technological innovation, and on biological factors that could delay the aging process.”

“As for the biological side of things, I think it might be partly linked to cultural differences. I got the impression that people feel an obligation to stay healthy, to not be a burden on society, but rather to contribute to society as long as possible. And as a result it’s more important to focus on aging ‘as late as possible’”.

Nanyang Technological University (NTU), one of the Singaporean universities that LiU collaborates most with, will next year start a research institute on the elderly.

“They were very interested in, and knowledgeable about, the research undertaken at NISAL and how NISAL was organised. As a result of our collaboration they want to learn from this when they build up their own research institute”, said Dr Antelius.

The collaboration between the universities is called SACF – Swedish Academic Collaboration Forum. And in addition to LiU, it includes Lund, Uppsala and Stockholm universities as well as Chalmers and KTH Royal Institute of Technology. It is the first collaboration of its kind between so many Swedish universities. Last spring they visited South Korea and later in November university representatives will travel to China. In spring there will be trips to Indonesia and Brazil. Together with Uppsala University, LiU will host a visit next year.

”We collaborate with many different organisations, but such a large-scale venture is a clear demonstration of Sweden’s ambition to establish more collaborations”, says Lars Holberg.