Thanks to this year’s Nobel Prize winners in Physics we now have
low energy, cheap and bright lamps that can, for example, be run on solar cells. And at Linköping University world-leading research is being carried out on blue LEDs – in close collaboration with two of the prize winners. 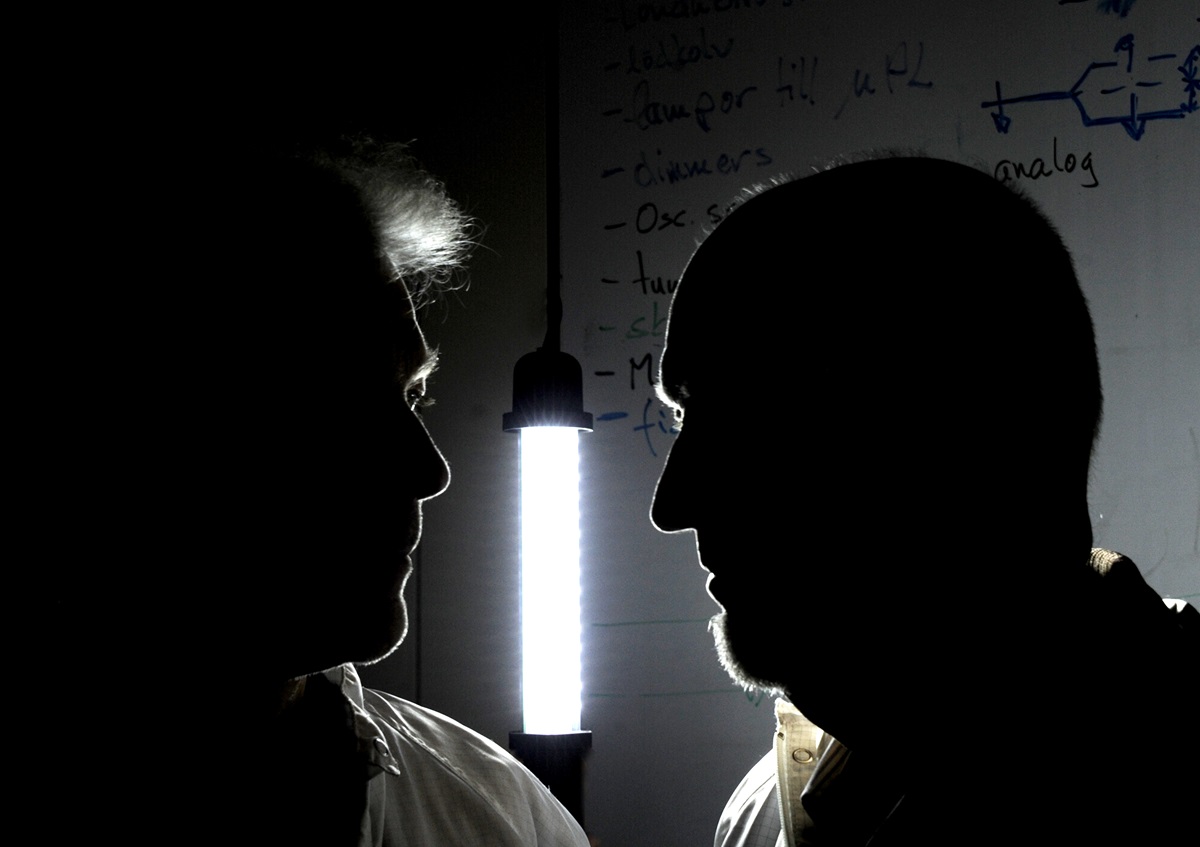 Foto: GÃ¶ran BillesonThis year’s Nobel Prize in Physics went to a piece of technology that is “of huge benefit to mankind”, a sentiment very much in the spirit of Alfred Nobel.

These efficient blue LEDs have the potential to dramatically reduce the amount of energy consumed in lighting up our world. Lighting currently takes up 20% of global energy consumption, a figure that is expected to drop to 15%. LEDs can be run off solar cells, bringing lighting to the poorest parts of the world – where they would also be very significant for all the children who need light to do their homework.

“It’s really great that they succeeded and even received the award during their lifetimes,” says Professor Per-Olof Holtz, materials researcher at Linköping University (picture, bottom right) who has been collaborating for many years, particularly with Amano and Akasaki. They have produced over 30 scientific publications together.

The toughest nut to crack has been, and still is, to produce sufficiently high quality material that doesn't have too many defects, which reduces the efficiency of the LED.

Red LEDs have been around for a long time, most often made of alloys of gallium arsenide or gallium phosphide. But in order to develop an efficient blue light, a nitride-based semi-conductor is needed. It is a stable material that tolerates high temperatures and has good electrical properties. It does not occur in liquid form, and can therefore not be made by cooling it down from molten form.

This problem was solved in the middle of the 1990s when the Nobel Prize-winning researchers found a method in which they brought together gasses containing gallium and nitrogen that – at the right temperature and pressure – formed a crystalline structure of gallium nitride on a substrate of sapphire (an oxide of aluminium).

But this material does have defects.

“When a crystalline structure of gallium nitride is placed on another crystalline structure – in this case, sapphire – they don’t go together well. Purely mechanical stresses arise in the material which creates defects,” explains Bo Monemar, professor emeritus at Linköping University (picture, bottom left), who has been working together with Mr Akasaki and Mr Amano since the beginning of the 1990s.

Back when he did his own PhD thesis in 1971, Professor Monemar poked around the nitrides and researched them in Lund for several years, but had to give up due to lack of funds. When the first breakthroughs began to happen in Japan in the beginning of the 1990s he quickly resumed his research again. 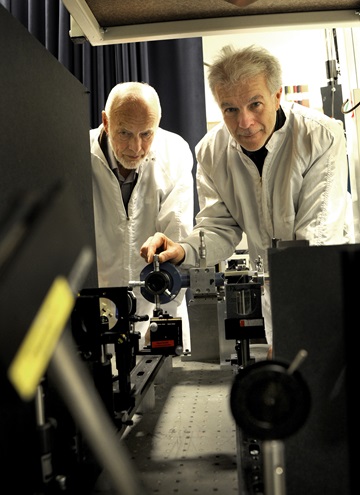 Foto: GÃ¶ran Billeson
This has resulted in a hundred or so academic articles together with the Japanese Nobel Prize winners. Professor Monemar has also received honorary doctorates from Meijo and Nagoya Universities, while Isamu Akasaki has an honorary doctorate from Linköping University.

While the Japanese researchers were focussed on making materials, the material researchers at Linköping University worked on characterising the material and studying their optical properties.

As if that were not enough the Linköping researchers, led by Professor Per-Olof Holtz, have also succeeded in making improvements to the material. To begin with, by creating “quantum wells” in which the electrons can only move in two dimensions. In this way they are separated in space from the defects. After that they also created a pattern of quantum dots, which can be seen as virtual atoms or zero-dimensional structures. These quantum dots are able to capture charge carriers in the material which otherwise would have gotten stuck in the defects.

In other words, blue light diodes are getting better and better; they currently have an efficiency of around 90%. But now people want white light, preferably with a warm, slightly yellow hue.

In a white lamp a number of blue-violet LEDs are therefore placed in the middle. An infused layer of phosphor powder over the diodes then changes the light to white. The lamp then has a total efficiency of around 50%, compared with fluorescent lights which have a 25% efficiency, and light bulbs with an efficiency of approximately 5%.

“The LED lights we are seeing on the market are still only the first generation. Many varied research projects are trying to develop substrates of gallium nitride. Then a large number of the defects would disappear. But they are still so expensive that the industry doesn’t want to use them,” says Professor Monemar.

So the manufacture of substrates will need to increase in volume for the second generation of lamps. But 10–15 years in the future, Professor Monemar envisages a next generation with drastically better efficiency.

“In the ultimate generations of LEDs we will be able to mix blue, green and red to get a better hue and more efficient lamps. But currently the green ones are not good enough and we still don’t know why,” he says.

And that, as they say, is another story.