Organisations, businesses, researchers and representatives of aboriginal populations make important contributions to the decisions made at climate change negotiations – according to the decision-makers themselves. This is the result of a study from Linköping University. 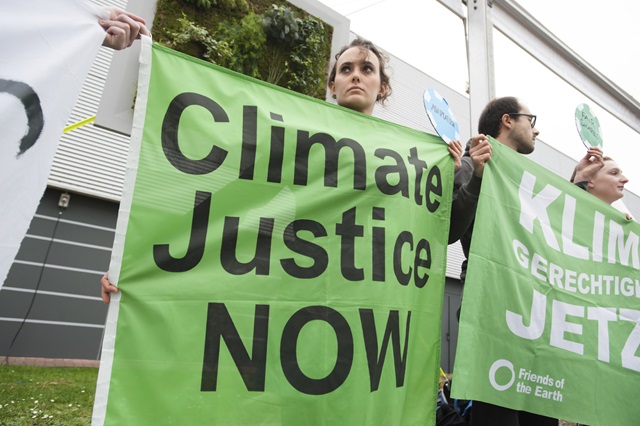 At international negotiations like the recent Climate Change Conference in Paris there are thousands of participants who don’t represent states and are not there primarily to make decisions. The participation of these non-state actors has increased over the past decade, and is partly a response to criticism that there is a lack of democracy in UN negotiations. Doctoral student Naghmeh Nasiritousi and her colleagues have asked various participants at major international climate change negotiations about the role of the non-state actors. The results have been published in the European Journal of International Relations.

“The strongest argument we see is that the non-state actors can represent stakeholders that have an interest in the decisions being made. Aspects that otherwise might not have made it onto the agenda. One example is the input from representatives of aboriginal populations,” says Naghmeh Nasiritousi from the Centre for Climate Science and Policy Research (CSPR) at Linköping University.

Of the negotiators, 40 per cent feel that the non-state actors represent stakeholders that are important for the decisions. For other state representatives, such as people from national bodies, this figure is 44 per cent.

Over the years, the presence of non-state actors at international negotiations has been a topic of discussion. Criticism has been that it could be negative that organisations, businesses, aboriginal groups and research groups have their own issues which they try to get on the agenda. However according to the research of Naghmeh Nasiritousi and her colleagues, among participants at international climate change negotiations there is strong support for the presence of non-state actors. Arguments include that they help to implement decisions that have been made, and are closer to the citizens. Only three per cent of respondents believe that non-state actors should not participate at all.

“The non-state actors can influence decisions indirectly. It’s important that we know what their role is, because they affect the democratic process,” says Ms Nasiritousi.

The study is based on the responses of 1843 people who attended climate change meetings from 2011 to 2014. In addition to Naghmeh Nasiritousi, the article is co-authored by Mattias Hjerpe from Linköping University and Karin Bäckstrand from Stockholm University.

The United Nations’ climate change negotiations are sometimes criticised for inefficiency and meagre results. But there are no obvious alternatives, according to two researchers from Linköping University in a study published in Nature Climate Change.

Who’s who in the climate change debate?