What must a parent do, to be seen as a good parent? Which norms and values are linked to good parenthood? An anthology by researchers from Child Studies looks into these questions. 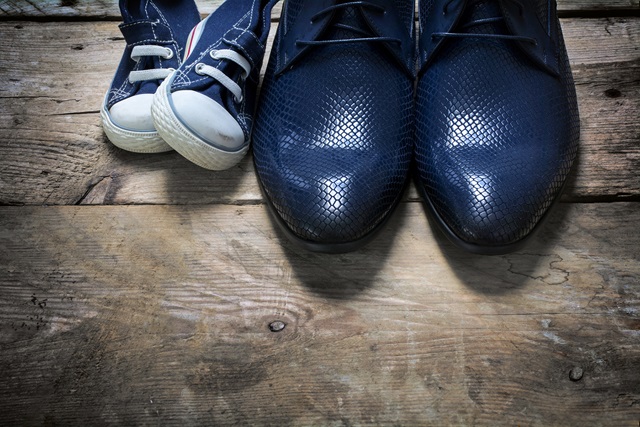 “What do people do, in different contexts, to construct what they feel is good parenthood? This is the theme of the book,” says Anna Sparrman.

Anna Sparrman is a researcher at Linköping University’s Child Studies, and editor of “Doing good parenthood”, together with her LiU colleague Judith Lind and two Danish researchers.

The book’s ten chapters show that parenthood is ‘done’ in various situations. You’re not just a parent, you construct yourself as a parent based on different situations, for instance in contacts with schools, healthcare, social services and other parents. 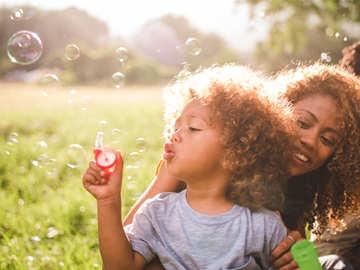 “There are reasons for parents to present themselves as good parents, not only in interaction with their children, but also relative to other adults. We give examples of different approaches used by parents. So the book is not about identifying values that are considered good, and nor is it a parenting handbook,” Judith Lind explains.

Previous research shows that in recent years, parenthood has been ascribed greater and greater importance and responsibility, that is, that parenthood is crucial to how well the child does in life. This has not always been the case. But the research shows a shift in the balance between the collective, societal responsibility and the parents’ responsibility. Parents of today are increasingly responsible for their children’s well-being and development.

“Our book takes its starting point in that field of research, asking what it’s like to be a parent against the backdrop of this expectation and these norms,” says Judith Lind.

It also raises issues relating to the UN Convention on the Rights of the Child.

“Its ratification gradually changed how we view children; they got more rights, and could be seen and heard more. This has in turn affected how we view parenthood,” notes Anna Sparrman.

Requirements for being accepted

One chapter concerns parents in an online forum, and how they discuss with and advise each other on questions relating to children’s alcohol and sex habits. Competing views are put forward, for instance some parents are restrictive, barring alcohol altogether, while others are more liberal, both in terms of alcohol and sex.

“I found that parents felt there were two factors that characterised a good parent: being prepared to make sacrifices for one’s child, for example picking them up late at night, and secondly, being willing to enter into a conflict with one’s child. If these two criteria were met, despite clear differences of opinion, the parents in the forum could be accepted as good parents by all the forum participants,” says Judith Lind, author of this chapter.

“The parents seem to have an accepting, lenient attitude towards the complexity of being a parent, something that’s often lacking from expert ranks, in issues relating to things like alcohol.”

In one chapter, Anna Sparrman and her co-authors describe parenthood when families visit amusement parks, theme parks and children’s museums.

“They are at the same place but they don’t do very much together. The children do their activities on their own while the parents do their own thing, be it reading, checking the internet or having a coffee. They are together at the same location, but still apart from each other. Sometimes, when required, contact is enabled by way of technology like mobile phones. Afterwards everyone is happy with the outing, although they haven’t necessarily been together,” says Anna Sparrman.

The anthology is a collaboration between Denmark and Sweden, and two of the book’s four co-editors are Danish researchers: Allan Westerling and Karen Ida Dannesboe. All four work in child, youth or family studies.

“We’ve taken care to ensure the book has a reflective tone of voice, and to highlight the various choices and strategies that people make in parenting,” says Judith Lind.
The editors hope that the book will be used as course literature, by researchers and by others with a theoretical interest in family and parenthood.