Care and racism amongst SD women

Women who are members the Sweden Democrats (SD) are driven by a desire to care – for ”Swedes” who have to be protected from outsiders, as well as for the people who come to Sweden. The best solution – including for these immigrants – is that they return home and get help there, or in a nearby country. All according to a study of female SD members. 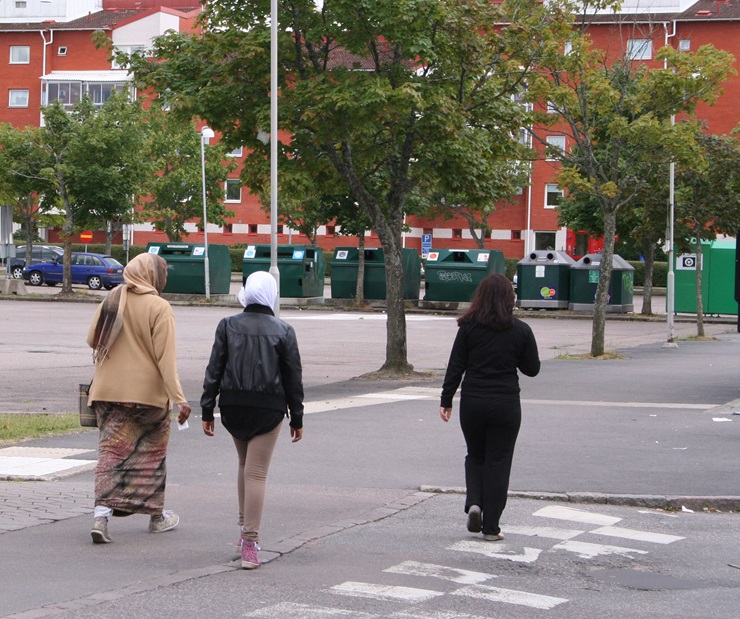 ”We were curious about why women get involved in an explicitly anti-feminist party,” says Anders Neergaard, researcher at REMESO, Linköping University. He conducted the study together with Diana Mulinari, professor of gender studies at Lund University.

Some of the women in the study have an immigrant background, which fascinated the researchers. Why did they join SD?

They interviewed 20 women, active in SD in the local or regional government level, between 2007 and 2009. They also studied party documents from this period. The results were recently published in an article in the European Journal of Women’s Studies.

Women are clearly underrepresented in SD, making up about 20 per cent of members. In the parliament, county and local governments, 15-18 per cent of the party’s representatives are women.

The Sweden Democrats have a conflicted view on gender issues, the researchers conclude. On one hand they extol Sweden’s gender equality, in contrast to the supposed oppression of women by the Muslims who come to Sweden, while on the other hand they see women and men as complementary rather than equal. ”Men and women were not created equal, they do different things in different ways”, according to a party document. Leading party officials have also proposed limitations to the right to abortion, in order to increase the birth rate of ’ethnic Swedes’, hence solving the future labour shortage without immigration.

In the interviews the women explain that they joined SD because they care about other people, they have stood up for the weak. They are concerned that the Swedish welfare system is being undermined by an excess of immigrants. But they are also concerned about the people who come to Sweden – that these people will not have good lives here. It’s best to help them by sending them back to their ”proper” homes – a dominant viewpoint in the study.

But can racism be caring and empathetic? The researchers answer ”Yes” to this question, referring to colonialism, which overflows with examples of how the white men were driven by a sense of care for the people they saw as uncivilised – ’the white man’s burden’.

The women in the study do not see themselves as working women, concludes Anders Neergaard.

”They had no particular working identity, they were unemployed, on sick leave or had casual work.”

But nor could they feel secure in the role of mother or housewife. They had often gone through divorces and had problematic relationships with their children. The party became like a family for them, the researchers found. It gave them respect and a sense of community, while people from other parties could be very disparaging toward them.

Dr Neergaard emphasises that words such as racism, xenophobia and ethnicity never appeared in the interview questions. It was the women themselves who led the discussion into these fields.

”Several of them were surprised – they thought we were going to ask them about these things. But the questions they were asked were very open.”

Dr Neergaard and Prof Mulinari characterise the Sweden Democrat party as cultural racist. The term ’race’ is no longer used. Instead, words like ’culture’, ’ethnicity’ and ’religion’ are used when referring to things that are different and potentially dangerous.

The researchers identify two types of racism: an exploitative and an exclusionary. Exploitative racism is about creating a cheap, flexible labour force that can be used for low-paid work in different countries. Hence it accepts migration, given certain conditions.

Exclusionary racism, as the name indicates, wants to ’get rid of them’. It wants no immigration at all, and what is seen as different people should be kept apart from each other. A sort of apartheid.

Article: ”We are Sweden Democrats because we care for others: Exploring racisms in the Swedish extreme right”

REMESO - Institute for Research on Migration, Ethnicity and Society FORTE Center of Excellence