Peaceful coexistence the only way

Haris Agic is a social anthropologist at the Department of Thematic Studies – Technology and Social Change, and one of several LiU researchers taking part in the debate around the refugee question. 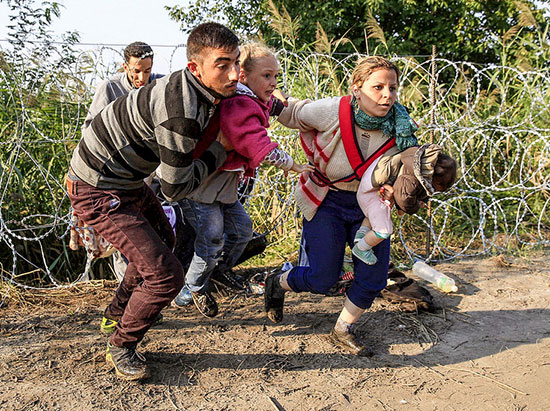 You have had several contributions in the media, including one about the view of child marriage, which has increased in Sweden concurrently with more refugees coming here. What would you like to have said in that debate?

“Child marriage has brought about problems for the country’s social welfare services, who don’t really know what attitude to take towards them. Some follow the law and break up the marriages, while others choose not to do anything at all for fear of being guilty of cultural infringement. But the law is clear in this area. Child marriage is not permitted, and they must therefore be broken up. I agree completely with this. But the question I bring up is how this can be done smoothly, in the least painful way possible for everyone involved. Above all, for the young girls. A simple enforced separation from the authorities’ side can be harmful to them; the bond of dependency between the girl and the older man can be difficult to predict. On the one hand, it could lead to the girl feeling relieved and hopeful in her liberation. But on the other hand, it could lead to an existential crisis with insufficient support from her immediate surroundings, and cultural homelessness as a consequence. Child marriage should not be allowed; it’s extremely important that Swedish law is observed, but it is also important that the authorities take aspects like this into account and take responsibility for the girls’ well being, with genuinely engaged care, protection, and guidance. I’m also thinking about the older men, that they are not scorned, but have a right to their dignity and a right to feel that they are important, respected citizens.” 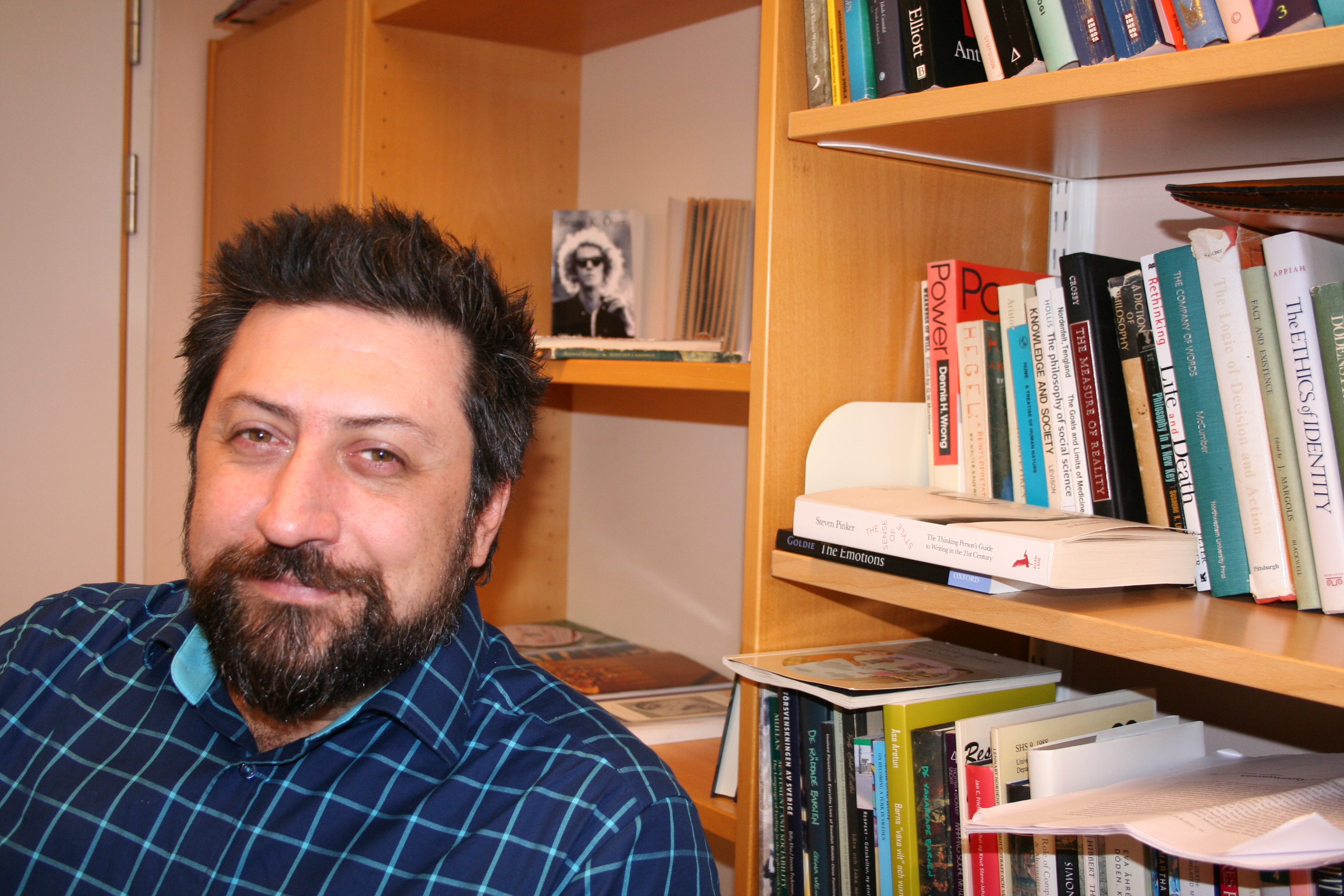 Foto: Eva Bergstedt“Right to their dignity” – what do you mean?

“All people have a need to be a part of a social community. And everyone has an obligation to comply with the rules and norms in that society. But it’s also important to feel desired and to be allowed to feel worthy for who you are. That’s a feeling we should look after.”

What got you involved in the refugee issue?

“It concerns me, both as a person and as a social anthropologist. As a person, because I feel great alarm over how the social climate can turn so quickly as I think it has in Sweden, especially after the events in Cologne. From warmth and brotherly feelings to openly racist, Islamophobic comments both on social media, but also in established forums such as editorial pages in the major daily papers.

“As an anthropologist, I feel called upon to enter the debate because I have the tools to be able to analyse what is happening now, and why it’s happening. They help me see past the often tremendously narrow, two-dimensional image of social problems that the media, in its eagerness to simplify, tends to give us. And so I see it as my responsibility to be an active part of the discussion.”

“Culture stands at the center of public debate. I understand, for example, the reactions and the concern over what happened in Cologne and other places. But it doesn’t justify anyone judging all people from the Middle East or North Africa as misogynists. I get very alarmed when I see a number of established Swedish editorial pages and debaters now holding a line where they don’t even want to try to understand other perspectives. That’s pure ethnocentrism – a position where your own cultural superiority goes without saying. The rhetoric they bring up turns the desire to try to understand ‘the other’ into almost a treacherous act, in which those who advocate understanding are accused of being terrorist sympathisers and the like. But how could we do something about the problems if we don’t understand?” 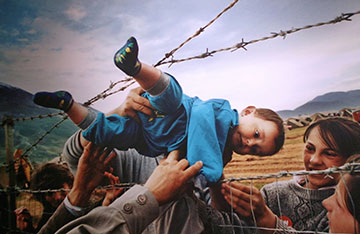 “Anthropology has taught me that the genuine desire to understand is not the same thing as justification. We should never accept violence and assault. But we must understand in order to act rationally. Our room to act dwindles if we don’t bring ourselves to try to understand ‘the other’. Communicating is the only productive way to achieve change and a peaceful coexistence.”ildii

You emphasize the importance of understanding ‘the other’. Does that mean that everyone who considers themselves anti-racist should understand those who feel concern and are afraid that too many asylum seekers are coming to Sweden? For example, people who vote for the Sweden Democrats.

“Yes, I think so, absolutely. We have to understand people – only so that we can communicate and find common ground. Even those who are willing to dress in black and run around Sergels torg to bash everyone who looks foreign – we have to understand them. Only then will we be able to learn more about the cultural and social causes behind their feelings and behaviour – the factors that form us all. It’s the only way we can approach the problem.”

Do you understand that people in Sweden may feel fear and concern, for example of acts of terrorism?

“I certainly do. The Bataclan attack in Paris, for example, affected me very much. I could recognize myself and relate to the context on a deep level. I am also a musician, and I felt that fear in my stomach the next time I stood on a stage. But I think that the fear that’s there today – the fear of Islam and other things ‘the other’ brings in – is less legitimate than the much more real, much larger, much more dangerous threat that has afflicted our society. And that is the ever-growing, more accepted racism that has established itself.”

For all refugees coming here, we in Sweden are ‘the other’ for them. Should they try to understand us in the same way? 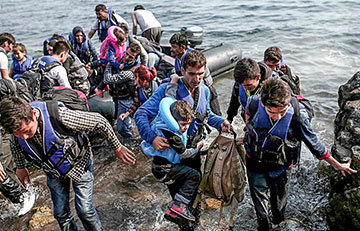 “The issue is more complex than that. They’re not here under the same conditions as everyone else. They’re not here on vacation; in most cases they chose not to flee, they were forced to. We have to treat people coming here in a way that will get them to genuinely want to do their utmost to be the best citizens they can be. If we demand that, as soon as they enter the country, they should recognize the established, prevailing way of thinking and acting as the only right way, it will do nothing but make integration more difficult. And then the risk is great for these people – instead of being interested in Swedish society – shun it and look inwards, towards the cultural group that will see to it that they feel desired and respected, and where they can be part of it without feeling discriminated against.”

“In meetings between ethnicities, the cultural differences make themselves felt. As hosts, it shouldn’t be in our interests to try to explain these differences in terms of a normal ‘us’ and a deviant or abnormal ‘them’. Only when we have seen to it that people who come to us feel worthy, and above all, like they are an asset – rather than a burden – can we expect that they should also understand us.”

“Besides, in mutually respectful relations where everyone’s worth is more than just a slogan, there is no ‘us’ and ‘them’.”

You were a refugee yourself. How does that experience influence you?

“Yes, I came here in 1993 as a 15-year-old together with my mother, from Bosnia. That’s one of the reasons I turned to anthropology. Cultural identity and affiliation, and the tensions that are a consequence of the differences, are things that have bewildered and fascinated me since then. To understand without judging, first, in order to then work for a world where we look after and are concerned about each other. That’s the key.”