The International Network on Responses to Interpersonal Violence (INRIV)

The International Network on Responses to Interpersonal Violence (INRIV) was founded in 2010 at a launch meeting organised by Professor Margareta Hydén at Linköping University. It as a multidisciplinary network, comprising members with an interest in studying the theoretical, empirical, practical and ethical aspects of responses to interpersonal violence. INRIV’s members approach violence as social action that has to be understood, not only in the context of its enactment, but also in relation to the responses it elicits.
The following themes are central to our work:

1. The dynamism of responses to interpersonal violence - the missing link in research

Studies of the causes of the violence and the effects it has on victims have been undertaken across the social sciences. Studies on how others respond to violence are much rarer. This is problematic since responses play a crucial role in determining whether violence is named as such, as well as whether it continues. What witnesses, friends, neighbours, colleagues or children say can effect how victims reappraise their options and whom they turn to for support, as well as the extent to which perpetrators feel justified in their actions and whether they feel able to repeat them. The capacity of responses to transform the power relations that permit violence is common focus of research conducted by members of INRIV.

It is often said that the underreporting of violence against women in intimate partnerships with men renders it a 'hidden crime'. But this is rarely the whole story. What is hidden from the police or other officials is rarely totally concealed from a wider social network of the relatives, friends and neighbours. This social network can influence whether the violence continues through the actions they take, including whether they acknowledge what has happened or call it something else (‘just an argument’ or ‘bad patch’), offer support to the victim or challenge the perpetrator, or whether they seek the assistance of a wider network, which may include alerting people in positions of authority about the need to offer protection to the victim or their children or tackle the offender.

3. The defining role of social responses to victimization

Professionals frequently identify victims as suffering from psychological symptoms and social problems without noticing how these are related not only to the enactment of violence, but also to the ongoing responses of members of their social network. In the aftermath of violence, other members of the social network may also reappraise their situation, or feel fear, stress or anger. The network itself may reconfigure, with some people taking care of themselves, others taking sides, and still others forming new alliances in efforts to redress the initial violence. In turn, the victim may feel more or less traumatized, the offender may become more defensive or reflexive, and the network may become more divided or more cohesive.

4. Violent legacies and the challenge of responsiveness

How networks respond may hinge critically upon what has happened before. At an individual level the capacity to respond is often related to whether one is willing and able to identify with the other, including their pain, rage and vulnerability. This is no easy task, especially when the other is construed as weak (because victimised) or evil (because victimising). Matters become more complex still when whole communities or nations have suffered violence or oppression that has been sanctioned to some degree by the majority or by the authorities and when grievances that span generations remain unacknowledged or unresolved.

5. Responsibility and response based practices

Those with most professional responsibility are not always those most able to be responsive to the competing social and emotional needs of those engaged in violence. The development of response based practices are attempts to reconcile this challenge. Response based practices include efforts to understand violence holistically; contest victim blaming and elucidate possibilities for resistance; whether through small interpersonal acts; being attentive to issues of conceptualisation in terms of cause and effect; mobilising social networks and harnessing the authority of state sanctioned service providers to such networks. 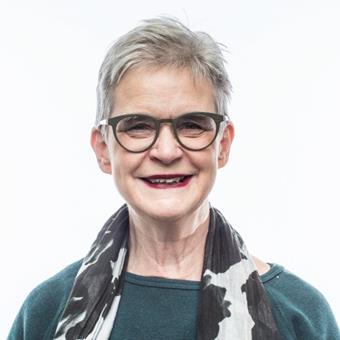