Despite the positive fact that more and more countries are implementing measures to adapt society to a change in the climate, the measures can go wrong and affect already vulnerable groups. 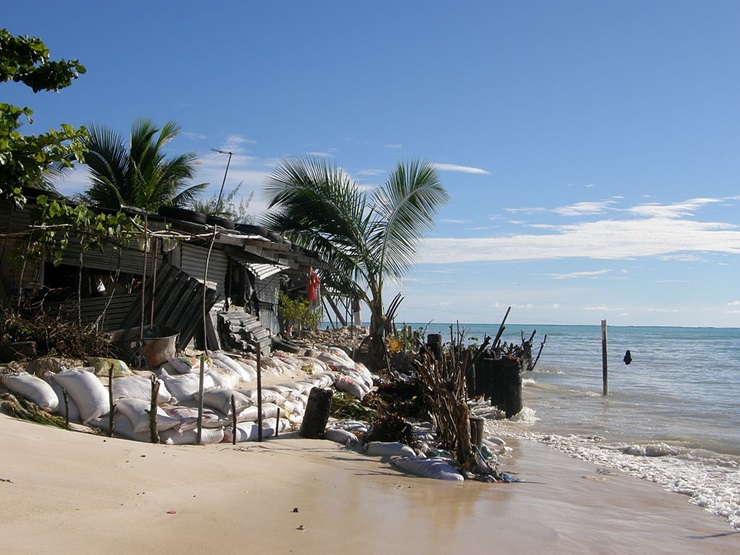 For example, it could be that people with scant resources are forced to leave areas of land in the name of climate adaptation – without getting new, useful areas of land, or that poor fishermen will have more trouble providing for themselves, or that climate measures are directed towards cities and rural areas are forgotten.

“We have far too many examples of where efforts have gone wrong and where vulnerable groups have suffered,” says Björn-Ola Linnér, professor at the Department of Thematic Studies - Environmental Change and the Centre for Climate Science and Policy Research. Together with two other researchers, he has published an article on this in the scientific journal Nature Climate Change.

They went through 32 cases in eight countries including Burkina Faso, Honduras, the United States, the Maldives, Australia and Norway, and also studied research literature on the subject.

The researchers are raising a warning flag to say that general funds that should be helping vulnerable groups against climate adaptation are instead going to already privileged people, giving them more wealth and influence.

He mentions several examples of this, including hurricane Mitch in Honduras and Hurricane Katrina in the United States, where the richer sections of the population received the larger portion of the aid. Or measures in Bangladesh, where initiatives that go wrong can be a matter of life and death for poor people. The pattern of measures being aimed primarily at the privileged is also evident in Sweden, Professor Linnér says.

“Sweden has a lot of climate adaptation aimed at areas close to water. And who lives there? Yes – mainly people with a lot of money.”

The researchers also found that adaptation measures can sometimes affect existing ecosystems, worsen water quality and biological diversity, and even drive away people – one example being the indigenous people in Australia.

What can be done about this? It’s easy to get depressed, of course, and end up thinking whatever you do nothing works.

Professor Linnér acknowledges this but also has an answer to what can be done.

“One vital issue is to succeed in adapting measures in an efficient and just way. And there are lots of examples of good climate adaptation that has also strengthened the ability of people to provide for themselves and given them more secure lives; I really want to stress that.”


Give voice to those affected

In order to avoid the pitfalls the researchers have some advice for future climate adaptation projects.

“Ask yourselves who stands to lose as a result of a particular initiative. That question is asked much too infrequently but it has to be a part of the planning,” Professor Linnér emphasizes.

Other advice is to find out what is happening at the local level in an adaptation project, for example when Sweden is putting money into aid projects in other countries. And for more research in the field to be done.
“We also suggest that an international, independent tribunal be set up that people adversely affected by climate adaptation measures can turn to. This is a growing problem. And it is also important to try and give voice to those who will be affected before the measures are put into practice, so that they can give their approval. But it’s easier said than done.”

In October Professor Linnér, together with researcher Benjamin Sovacool, will be publishing a book that delves deeply into the subject, investigating four cases in detail. The title of the book is The Political Economy of Climate Change Adaptation, published by Palgrave Macmillan.