Autonomous unmanned aircraft and systems will soon be used in mountain rescue service and other rescue services. Professor Patrick Doherty has won the 2013 Åke Svensson Award for his efforts in this field. 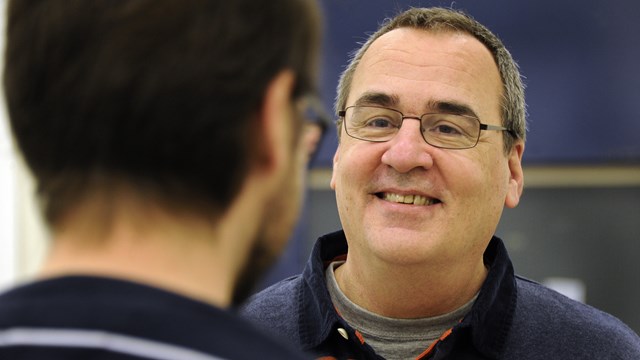 Photo credit: Göran BillesonIntelligent robots can serve as people’s companions and assistants – in the air and on the ground. We are talking about UAVs – unmanned aerial vehicles – flying robots that can see, recognise you, your voice and your gestures, that can draw their own conclusions and work according to your instructions, but are completely independent from you.

“This is a billion-dollar industry in the making”, says Prof Doherty.

It might sound like science fiction, but robots already exist and function in society, and simple types of robots have also taken their first steps into our homes, in the form of lawn mowers and vacuum cleaners.

When Patrick Doherty and his research team began studying artificial intelligence in relation to UAVs and robots in the late 1990s they were quite alone. But since then, interest in UAVs has exploded and today there is research at many of the large universities. There is also a lot of interest from the police, rescue services and other parts of society. Small robots can enter places where people can’t, and they can be very helpful in disasters such as earthquakes and floods. They can operate in the air and on the ground.

“We are part of a European project, Sherpa, which is about developing robots that can be part of a rescue team in poor weather, disasters or avalanches in the Alps”, he explains.

In such cases the rescue services consist of people as well as robots. A person who is completely occupied with saving and taking care of injured people cannot control a robot at the same time. This means the robots must be able to orient themselves, make their own conclusions and understand human speech and gestures. They must be able to collaborate with other robots and with humans. This can be a matter of finding a route, checking what is behind a rock, locating living people in the snow or flying off with food or medicine.

“Sherpa is a five-year project with a budget of 9 million Euros. We are one of seven European universities taking part, and roughly 1 million Euros will end up here at Linköping University”, Prof Doherty says.

Prof Doherty has collaborated with Saab for many years – initially in WITAS. This was a project initiated in 1997, funded by Wallenberg, with the aim of enhancing expertise in the area. When the project was finished in 2004, the collaboration worked so well that it was continued in LinkLab, where Patrick Doherty and Gunnar Holmberg from Saab are programme directors.

“The collaboration hasn’t been about the development of conventional systems, but about the future, the next generation of aerial vehicles. LinkLab projects are often about developing demonstrators, and in 2008 we developed an interface for controlling a helicopter with a mobile phone, an Ericsson P900, before smartphones existed and well before everyone else”, Prof Doherty says. 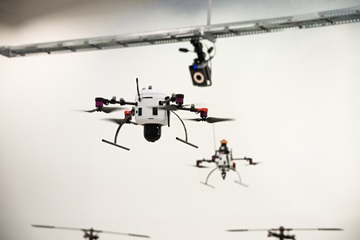 Later, when Saab decided to develop the unmanned helicopter system Skeldar, the collaboration was further intensified.

“It’s a great collaboration where they have their strengths and we have ours.”

“Patrick Doherty’s research sits right in the heart of Saab”, says Åke Svensson, former Saab CEO and current Director-General of Teknikföretagen. On 17 September he presented his award for the third time. Over five years it will be awarded to researchers at the Faculty of Science and Engineering at Linköping University. The award is a farewell present from Saab to Åke Svensson.

“We are delighted to present this award to Professor Doherty this year. His research is applicable in a number of Saab’s applications, in aviation, for advanced management systems and for decision support in time-critical, complex situations. Collaboration between businesses and universities is crucial”, Mr Svensson says.

The technology is certainly making an entry – but how long will it take?

“There are a few obstacles to overcome. First, the relevant authorities have to reach an agreement that the UAVs can share airspace with commercial traffic. It’s about regulations and standards. The civil aviation authorities are positive and working hard on the matter. The other obstacle is suspicion. Especially in the United States, people are afraid that the police will hang a camera over their garden to monitor what they are doing”, Prof Doherty explains.

But he is convinced that such suspicions will subside when the robots begin to provide real benefits. And the ground-based ones have already nestled themselves into our homes.

Footnote: WITAS (Wallenberg Laboratory for Information Technology and Application Systems) is part of a research project at Linköping University that ran from 1997 to 2005. 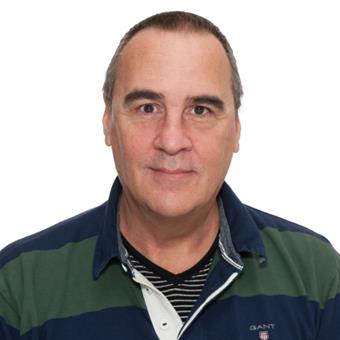