How resilient is our crisis management? How are decisions made during a disaster? A major European collaboration has investigated these questions. The resulting guidelines were put to the test in a large simulation exercise at the Centre for Disaster Medicine and Traumatology. 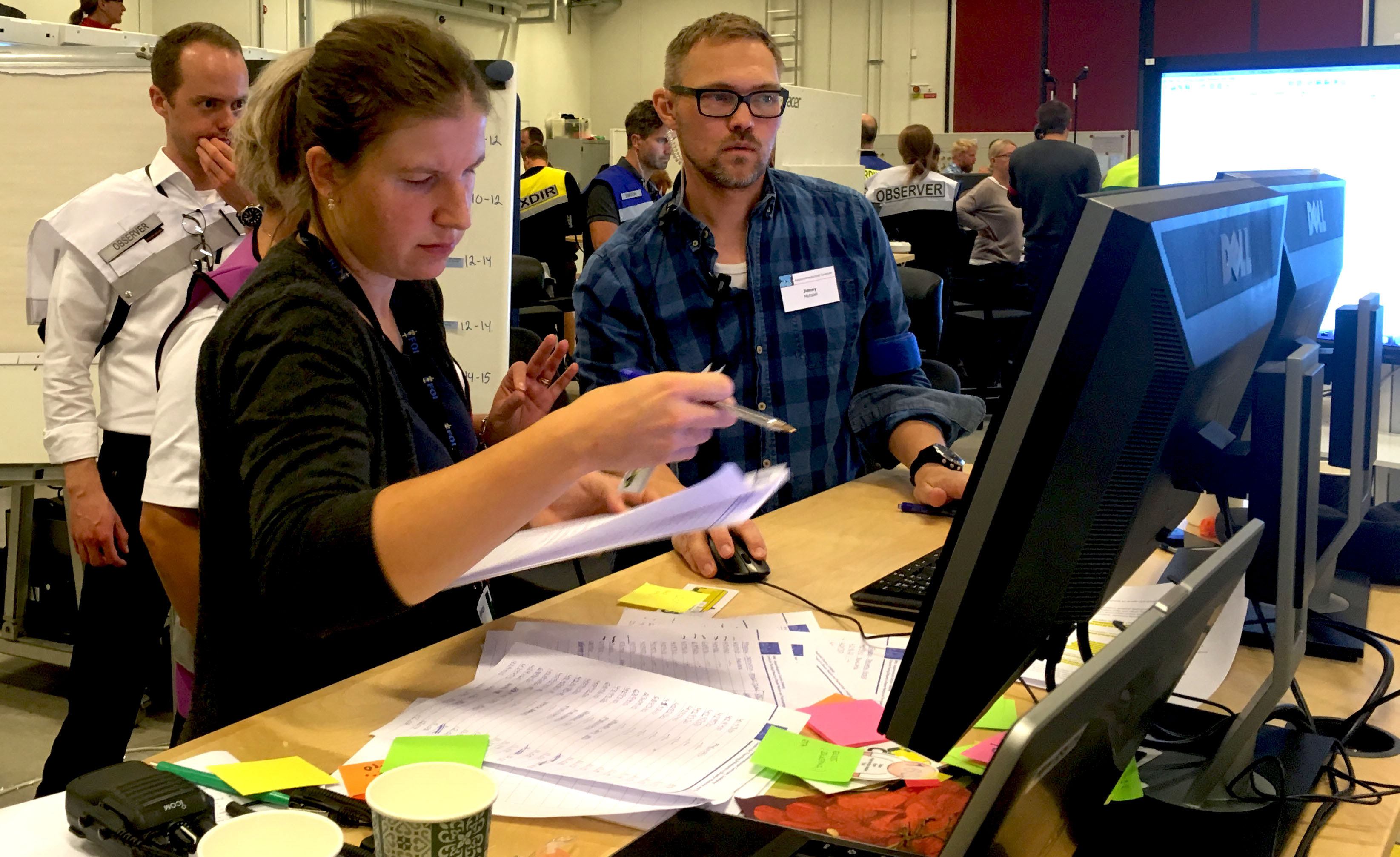 It’s a scenario where disaster is imminent: an Italian-flagged cruise ship collides with a freighter off Valdemarsvik on the Swedish east coast, and 440 people are injured. The ‘Cornflower Wind’ exercise was organised by the Centre for Disaster Medicine and Traumatology and the Swedish Defence Research Agency. The aim of the exercise was to test new crisis management guidelines that have been developed in a major EU collaborative project. The group for medical command and control is faced with numerous questions relating to prioritisation and coordination, in a scenario that is constantly evolving. For instance it has to move assembly points located along the coast, because the cruise ship’s engine suddenly begins to function again, and the ship is approaching territory under the jurisdiction of a different county.

“We’re testing a concept with new guidelines for crisis management, and are also testing how secure the leadership members are in their roles,” says Carl-Oscar Jonson, research coordinator at the Centre for Disaster Medicine and Traumatology. 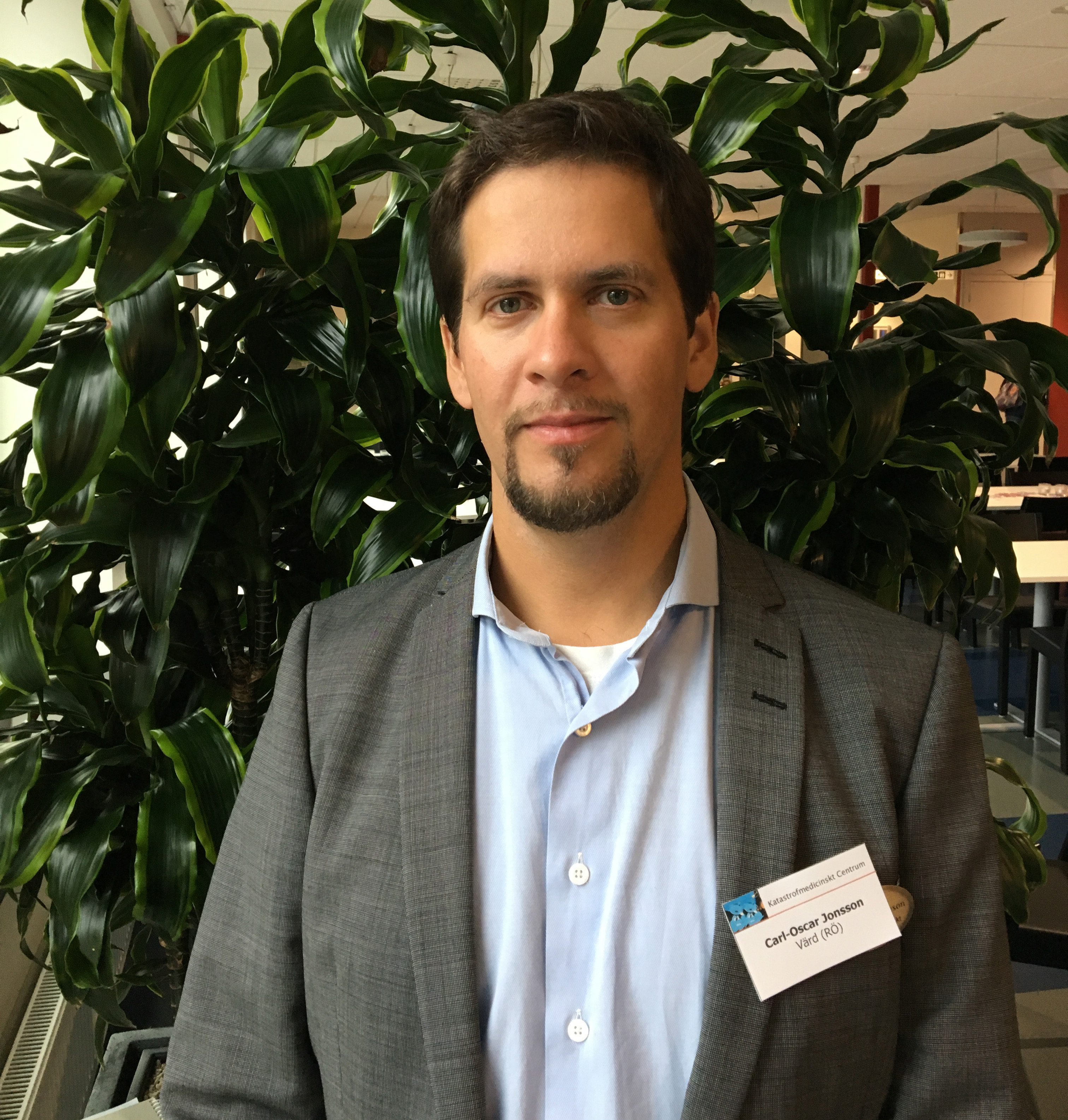 
Medical command and control is tested

“Vrinnevi Hospital has two beds!” shouts a member of medical command and control. The 50 people in the large exercise hall at the Centre for Disaster Medicine and Traumatology are part of the exercise’s response group. The people who are really put to the test in the simulation are the medical command and control, the eleven people who would lead the operation in a real-life situation. To test the scenario properly you need the response group; these people act in their professional role, as if the disaster were real. They come from the Coast Guard, SOS Alarm, healthcare services, the police and the military. In the adjacent room are the coordinators for the hospitals in Linköping, Motala and Norrköping. The behaviour of the media is also part of the exercise, with a news desk as part of the response group. Visitors to the exercise can monitor the flow of information on the website of a fictitious local newspaper. How does management deal with the fact that rumours about the disaster are starting to be spread on social media? 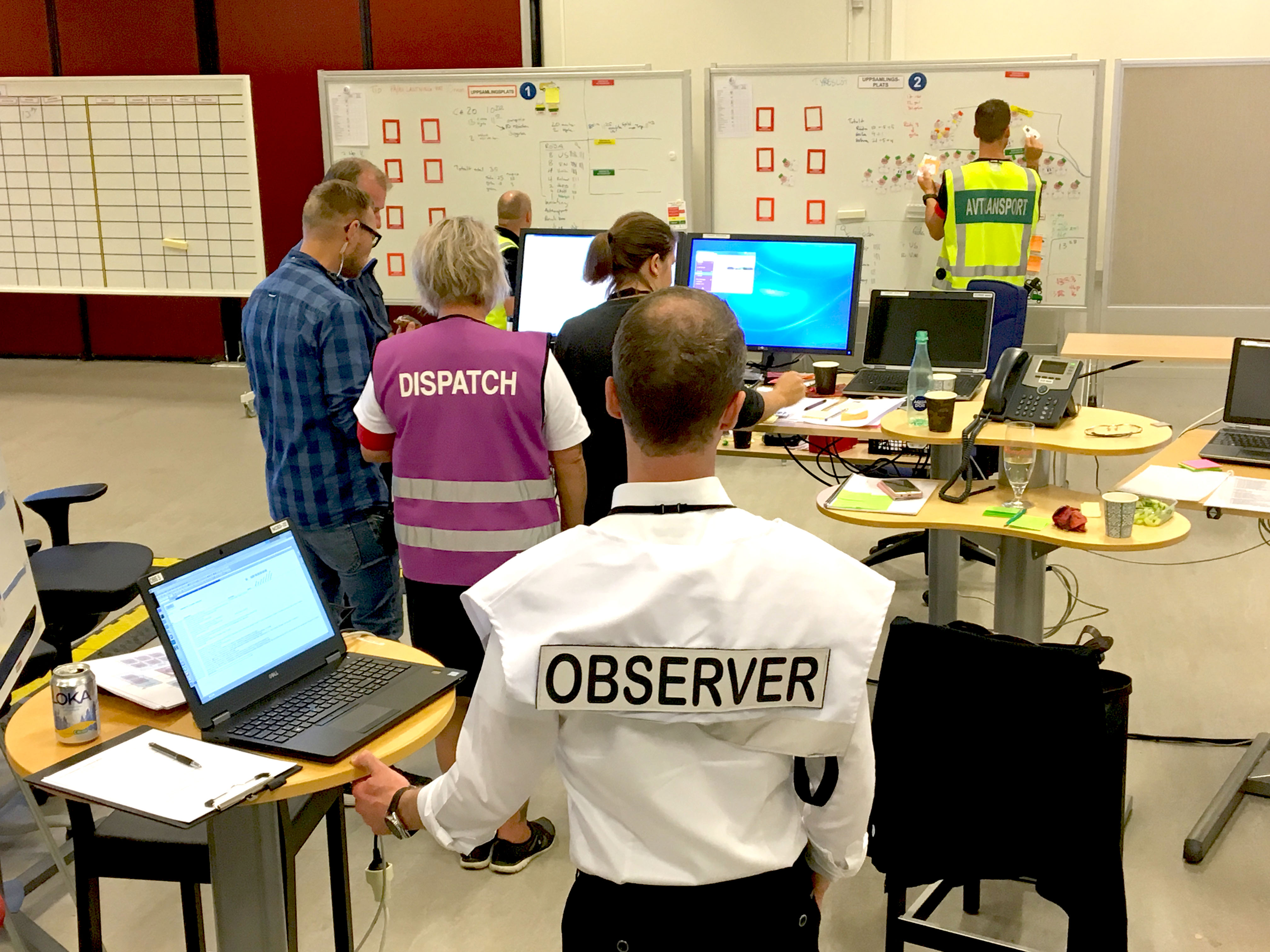 While participants are busy coordinating helicopter transports, exercise observers stand nearby. Every half hour they hand out a survey to the exercise participants. 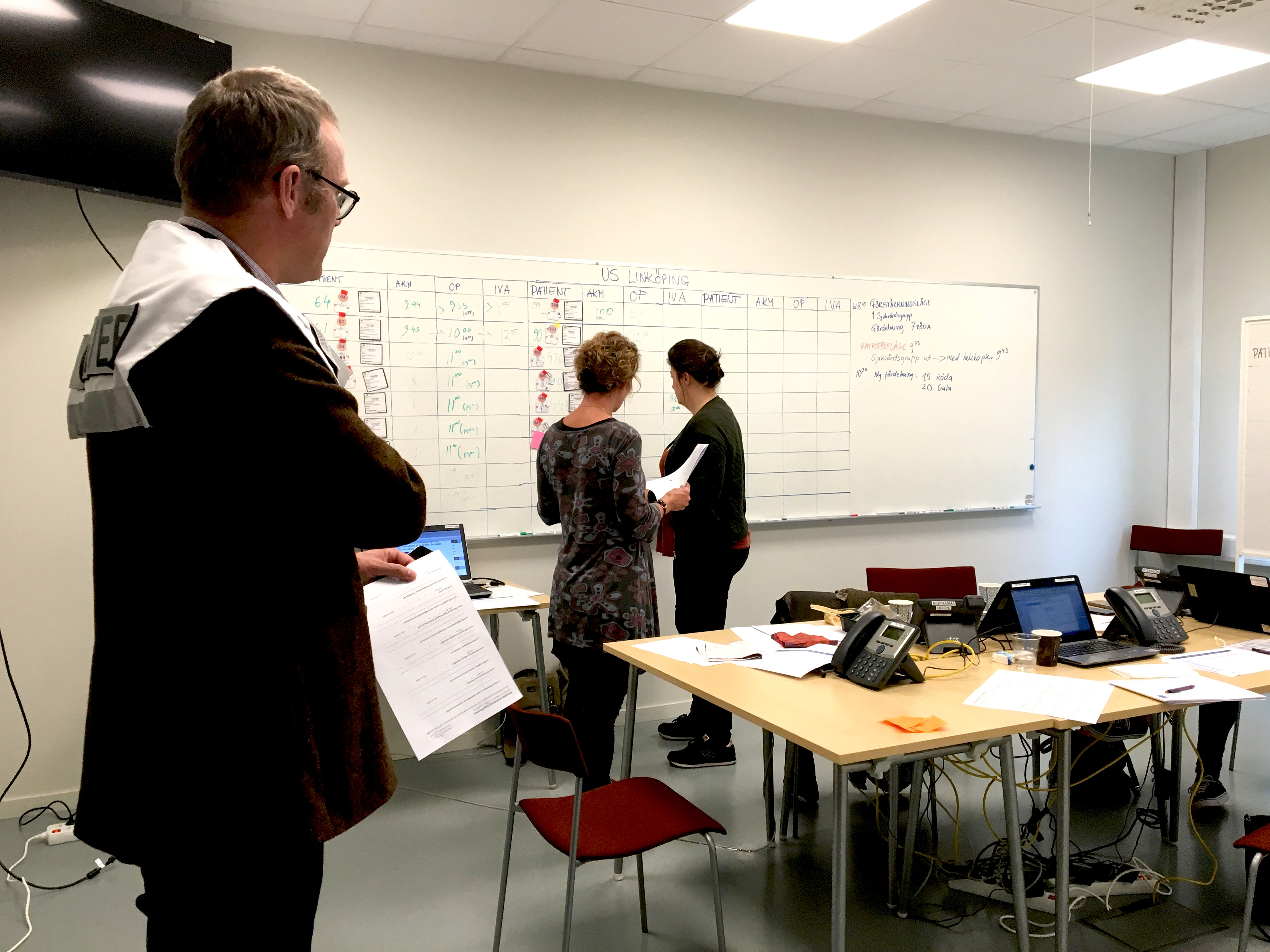 Peter Berggren observes the coordination of hospital beds in the region. Photo: Susanna Lönnqvist.
“The observers’ role is to collect data on the active participants’ behaviour and experiences during the exercise,” says Peter Berggren, who is observing activities including the coordination of hospital beds.
Using the EmergoTrain System and by following up individual patient codes, it is possible to measure how the patients fared. This also gives a measurement of how efficient the care was. But in the cases where the patient did not do well, the observer’s data is taken into account, and is merged with patient data logs, decision logs and recorded material from the exercise, in order to track behaviours, decisions and procedures that can have led to poor results.
“Evaluating the exercise is a huge job. Once that’s finished, we hope to have a concept for the quality assurance of crisis management that other county councils can use, to improve theirs,” says Carl-Oscar Jonson. 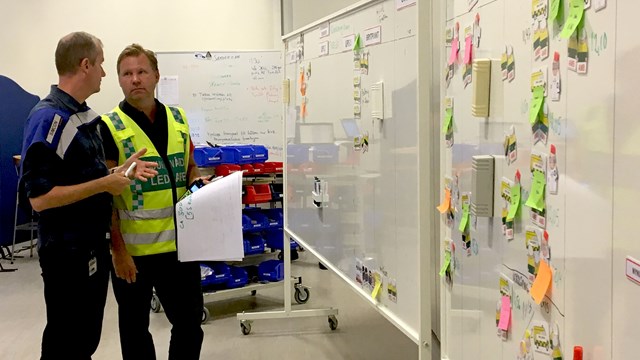 The Cornflower Wind simulation exercise was arranged within the framework of the EU-funded project Darwin and the collaborative platform H2020: Secure Societies. The purpose of the Darwin project is to improve the management of predicable and non-predictable crises that affect societal functions. A preliminary report from the simulation exercise is expected in November.