Systems that – like people – can see, listen, smell and collect
information from many different sources, and then act based on this. Automatic transport systems and decision-making support in the form of cognitive companions. These are two of the six projects that have been finalised in the Wallenberg Autonomous Systems Program, WASP.
”The overarching aim is to create a platform for fundamental research and research training that can collaborate with leading Swedish companies in important fields such as autonomy and advanced software. And to achieve this aim, some of Sweden’s foremost researchers have come together around six important challenges,” says Lars Nielsen, professor at Linköping University and programme director of WASP. 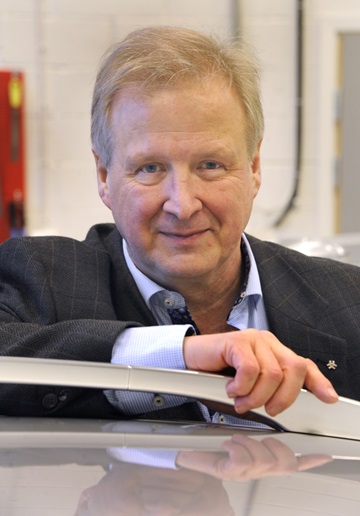 Foto:
The six projects will start off the ten-year WASP research programme. Each project has an annual funding of between three and six million Swedish crowns, and employs researchers from at least two and often three universities. And this is in addition to 26 doctoral students or post-docs, currently being recruited, and subsequently also a number of industry-based doctoral students.


The projects in summary:

Autonomous clouds – the system will autonomously be able to distribute capacity and other resources that are physically located in the distributed cloud. Coordinated by Professor Karl-Erik Årzén, Lund University.

”We will develop technology and methodology that enables people to interact and communicate with the intelligent systems of the future: vehicles, robots etc. We will be able to make decisions based on enormous volumes of information that are presented to us in a way that’s both humane and easy to understand,” explains Anders Ynnerman, professor at LiU and project coordinator.

”Software is an enabler for smart, autonomous systems, and the challenge is to develop very large systems that constantly draw conclusions, learn and develop their own knowledge, based on their own actions. We will develop new methods, techniques and tools that will help the software-intensive Swedish industry to handle this challenge,” says Jan Bosch, professor at Chalmers and project coordinator.

”Autonomous systems interact with their surroundings and gather information about the world around them by way of various sensors. To make the systems function better and adapt their behaviour to different users, we are going to develop learning methods based on combinations of sensors such as cameras, lasers and tactile sensors. This requires close collaboration between researchers in fields such as computer vision, robotics, control engineering, mathematics and artificial intelligence,” explains Danica Kragic, project coordinator and professor at KTH Royal Institute of Technology.

Wallenberg Autonomous Systems Program is one of Sweden’s largest single research programmes ever, with a budget of SEK 1.8 billion to the year 2025. The Knut and Alice Wallenberg Foundation provides SEK 1.3 billion and the participating universities – Chalmers, KTH, Lund, Umeå and Linköping – provide joint funding of an additional SEK 500 million. The programme creates a broad platform for research and education in autonomous systems and software development in collaboration with leading Swedish industrial companies. The programme also includes a large graduate school.