Solving the mystery of purring

The linguist Robert Eklund has researched how people speak while they inhale. But for the past few years, what has really taken his breath away has been how felines purr during both inhalation and exhalation.
“Many Swedes think that the only places where people speak while inhaling is in Sweden, and especially the north of the country. But that’s wrong – in Argentina and on the Faroe Islands entire phrases can be spoken that way,” says Robert Eklund, senior lecturer in phonetics and reader in computational linguistics at Linköping University.

For a number of years he has researched ingressive speech, that is, speaking while breathing in.

He wrote an article about the phenomenon in 2008 where one section discusses the ingressive vocalisation of animals.

“Felines have the characteristic that they purr during both inhalation and exhalation.”

At that point his interest in vocalisation, in particular during inhalation, shifted to animals.

RecordingDuring the winter of 2009 Dr Eklund travelled to the Dell Cheetah Centre in South Africa to work as a volunteer. He helped out with cleaning the animal enclosures, and exercising and feeding the cheetahs. But he had an agenda. He asked if he could record sounds from one of the cheetahs.

“That’s where I met Caine, the world’s friendliest cheetah, and I managed to make one of the best recordings of a cheetah purring ever made.”

Prior to the trip, Dr Eklund had been in contact with Dr Gustav Peters from the Zoological Research Museum Alexander Koenig in Bonn, possibly the foremost expert on feline vocalisation. Using Robert’s recordings they began a research collaboration, and are now trying to learn as much as possible about the vocal signal systems of felines.

Since that time Dr Eklund has had a research permit from the Namibian government to conduct vocalisation studies of cheetahs and African wild dogs at the N⁄a’an ku sê Foundation in Windhoek, Namibia. He has also studied lions in Zimbabwe.

Dr Eklund and Dr Peters have investigated the agonistic (“angry”) sounds of cheetahs, the roars of lions and the yapping of African wild dogs. But purring is still Dr Eklund’s primary interest. Because even though we believe the domestication of cats began as early as 10,000 BC, we still do not know what cats do to produce their purring sound.

“It’s so consistent and even on the inhale and exhale, up to several seconds for each one. Having such a long inhalation sound as a vocalisation is very unusual.”

As a result, some researchers believe the answer lies in the hyoid bone. Others have focussed on the vocal chords. Roaring felines have small “cushions” in their vocal tracts, and some people believe this is what enables some cats to roar, but not to purr.

“But that explanation doesn’t explain the fact that some purring cats also have these cushions. What we do know is that purring, just like human speech, is created by air streams from the lungs. The sounds pass through the throat and usually passes out through the nose. It doesn’t seem to be possible to purr very well with an open mouth,” says Dr Eklund.

Robert Eklund working by the computerNow Dr Eklund has 230 film clips from Namibia to analyse and classify. That means a lot of time in front of the computer. But his fascination with different types of vocalisation is not the only thing that motivates him. He also cares deeply about animal welfare.

At Dell Cheetah Centre in South Africa and N/a’an ku sê Foundation in Namibia they capture and relocate cheetahs at risk of being shot by local farmers, because they attack sheep. The cheetahs that are to be relocated must not become accustomed to humans, but there are also tame cheetahs, that are kept for breeding or as “ambassadors”, to build goodwill in the community.

Waveform and spectrogram “The people who care for these animals are experts at reading their behaviour, tail posture, body posture and other signals, but they are also very interested in learning more about what these things say. I might be able to help out with that,” says Dr Eklund.

“And I won’t deny that I’d love to solve the mystery of cats purring!”

Solving the mystery of purring

Waveform and spectrogram of a purring cheetah 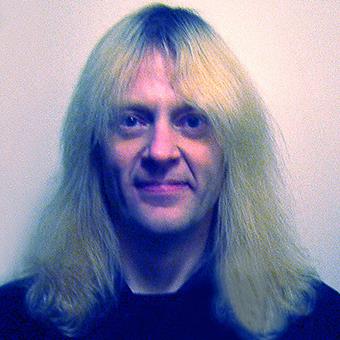