Linköping University is particular known for its rich and one-of-kind student life. There are many student associations on campus that cater to a wide variety of interests such as music, sports, religion and much more. 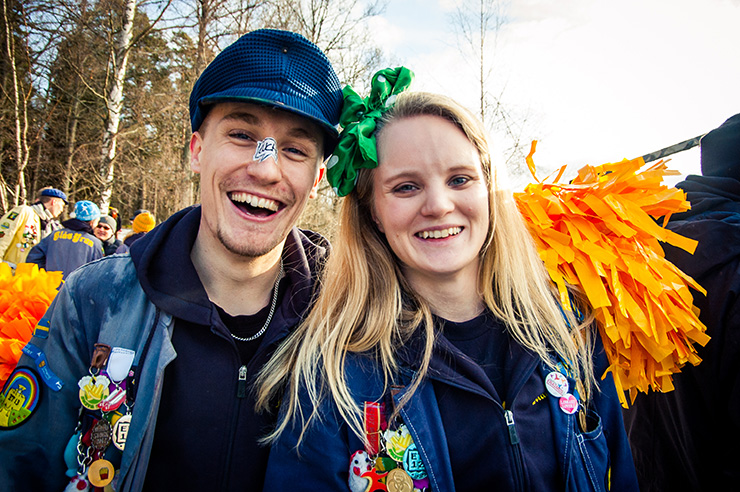 A key component in student festivities is an event called kravall, where the dresscode is a student overall. Many of these kravaller has become a long-running tradition amongst students here at LiU, such as:

There are about 100 student associations at Linköping University, based on a wide variety of interests such as: music/choirs, sports, religion, academic topics and others you canjoin as an (active) member.

There are several student pubs with regular opening hours, including Herrgår’n, Flamman, Villevalla and Nationernas Hus in Linköping, Trappan and Vattentornet in Norrköping, as well as Pub Örat on the University Hospital Campus. The student union building Kårallen arranges a number of student parties and pub nights. Herrgår’n also arranges an international pub night on some tuesdays, which is very popular with the international students.

Both cities also have numerous gyms and sports centres, which usually offer student discounts. There are also indoor swimming pools in central Linköping and Norrköping.

Campus services are a very important part of your university experience. Linköping University offers several campus services that will facilitate your everyday life.