Engineering students Sabina Nordén and Sofie Folkesson have
taken a sabbatical year in order to support a village school in
Guatemala. Instructive on both the personal and the professional plane, they think. 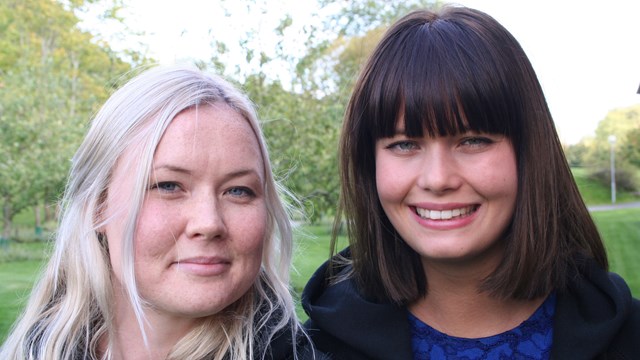 “We wanted to contribute somehow; in Sweden we have it really good and live sheltered lives. And we don’t want to just sit and think a lot, but to act. So we said to each other we’d test it out and do something from the ground up,” says Ms Folkesson, at right in the picture.

Both she and Ms Nordén are studying industrial engineering and management and have a year left in their studies. But now, they have taken a temporary break from their studies and are living for the project, the idea of which is to contribute to the reconstruction of an upper secondary school in a Maya village in Guatemala. Up through the new year, they will be working hard on collecting money for the project; after the new year, they will travel to Guatemala to be part of the construction on-site, together with volunteers from the village.

They’ll support themselves during their sabbatical year by having several different jobs – warehouse and restaurant jobs among them – but by and large, the rest of their time will go towards the project.

To collect money for the school’s repair, they have designed a bracelet that was manufactured in China and will start selling in mid-November.

“We’re also applying for scholarships and grants from foundations, and we’re also in contact with a range of businesses we hope will sponsor our idea,” Ms Nordén points out. 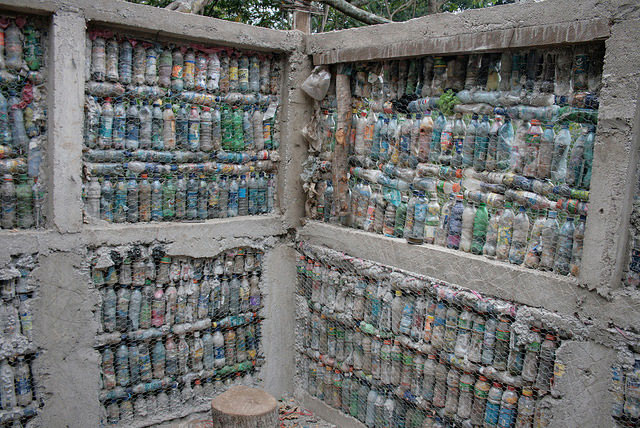 Through private contacts with Guatemala, they were informed of the school’s need of repair. Environment, equality and education are now the focus of the project. The school will be repaired with recyclable materials. PET bottles will be filled with inorganic material, stapled to chicken wire in a frame, and covered with cement. The school is an upper secondary school for girls; education just for girls from the Maya culture is in short supply.

On site in Guatemala after the new year, they are counting on making practical use of their education. Ms Folkesson is specializing in machinery and construction, and Ms Nordén in energy and environment. Together with the work the village’s volunteers are performing, they count on the repairs being finished by summer.

“We hope to be able to contribute to something good for the village while we learn a lot ourselves,” Ms Folkesson says.

What are you learning?

“Lots,” they say. And there will be more learning when they’re on site in Guatemala. 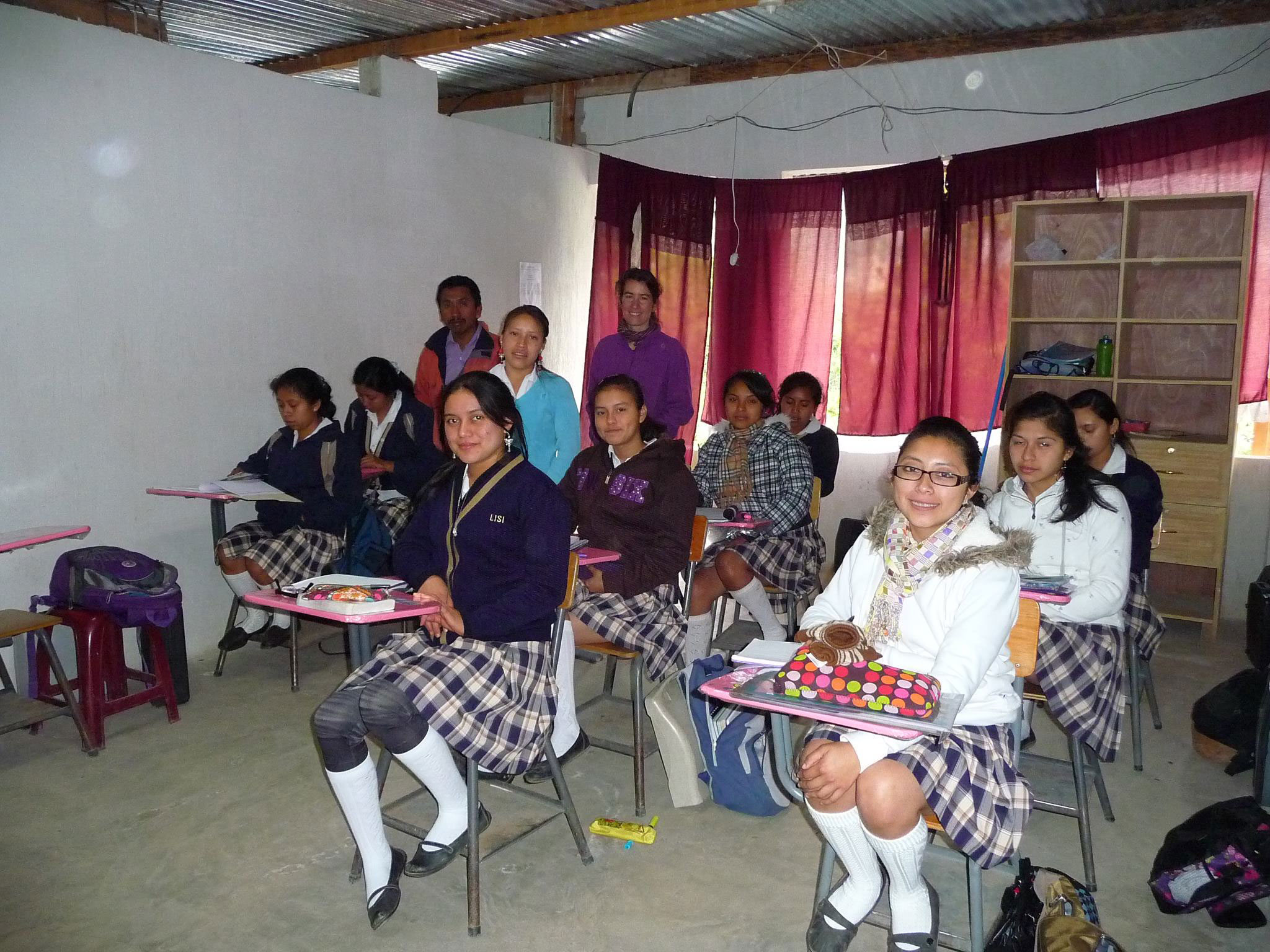 But so far the lessons are about, for example, all the preparatory work taking much longer than they could imagine; a range of government contacts both in Sweden and in Guatemala being a must; and contact with people from other cultures sometimes making the work more difficult.

“Take creating a product – our bracelet. It has to be designed, we need a factory to manufacture it, a supplier; we need to have contacts in customs; and then reach out with it so people buy it. We’re learning a lot about marketing and business,” Ms Folkesson says.

Ms Nordén thinks they can make use of this when they work on their degree projects in the final year of their studies.

“And if we want to start our own company in the future, we’ve gotten a taste of what awaits. I think we both can imagine that.”

Middle picture: Construction with PET bottles is already being used in the school. The picture belongs to Hug It Forward.
Lower picture: Girls in the school to be repaired.