Tourism for better and for worse

All inclusive, backpacking, safari, golf, shopping or training tours. Regardless of the focus of tourism, there is reason to regard it with a critical eye as well. Over the last few decades, researchers have become increasingly interested in the subject. 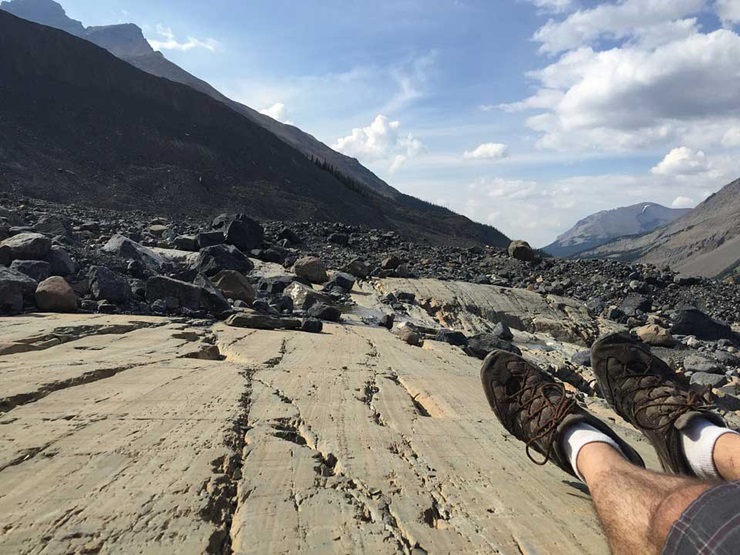 “In many ways, tourism is something positive, an important social factor and a major source of income. But it isn’t all just fun and games in the industry,” says Josefina Syssner, lecturer in tourism analysis at Linköping University.

In several books, she and her fellow researchers – as well as students in the university’s tourism programme – have written about the ethical aspects of tourism and travelling.

“We want to emphasise new angles of approach, among them what political, cultural, and democratic challenges we face with increased travel. We educate students in the field of tourism, and it’s important that they also get these perspectives so that not only the positive values of tourism are emphasised.”

Power relations; working conditions; economic, social and ecological sustainability; post-colonialism and ownership structures are a few examples of ethical aspects that need to be discussed more, Syssner states. Every year, for example, hundreds of thousands of Swedes go on vacation to countries where ethnic conflicts are going on and where human rights are violated.

“The Arab Spring, for example, brought several issues concerning international relations and democracy to the fore. For a long time, Sweden had extensive tourism to Egypt and Tunisia despite their political situations. Where do we go, and what do we cause through our choices? We’re not out to moralise, but we want to bring these questions up.”

Power relations between the tourist and those working in a tourist destination are another aspect to reflect upon.

“There is a relation of superiority and inferiority between the tourist with capital and those who empty the garbage bins, clean the pools, and wash the dishes. The service economy is borne up by people who are poorly paid and often have terrible working conditions. The profits don’t go to them.”

Environmental and climate issues are another crucial question. Travelling, primarily flying with its enormous carbon dioxide emissions is an environmental burden. The shortage of water in several countries is colliding with the need for irrigation at exclusive golf courses. All inclusive tourism, where accommodations and food are included in the total price, means that money ends up in the pockets of large companies instead of those of the local population. In addition, it results in enormous food spoilage. The overloaded tables do not just contribute to Westerners’ increasing obesity, but also to large amounts of food being thrown away.

The tourism business also preserves stereotypical descriptions of a country and its populace.

“The conventional picture of Sweden, for example, is blond-haired children, Dala horses and the maypole at midsummer. It’s an exclusionary, narrow presentation that doesn’t accommodate other cultural expressions. In much the same way, a Swede travelling to a country in Africa has an image of seeing people living in mud huts, but instead is met by people in designer jeans talking on their mobile phones.”

By fuelling tourists’ desire for conventional images, tourism contributes to becoming a conservative force for a country, Syssner argues.

At the same time she stresses the many advantages of tourism and travelling.

“Yes, really! Travel creates understanding of greater contexts and broadens your perspectives. As people, we have enormous opportunities to learn from each other, get impressions, learn something new and be culturally influenced.”

“For Swedes, Thailand has become the new Mallorca. At the same time, shorter trips are also increasing because of low-price flights. Another very clear change is also that the Chinese, Indian, and Russian middle classes are travelling more.”

Tourism has also created more niches. Client groups have been increasing, from people who want high-quality cultural tourism to those choosing golf or training tours.

“Our travels have become identity projects. We strengthen our identity through talking on Facebook about what kind of trips we’ve taken, for example.”

One of her hopes is that in the future, tourism companies will take greater social responsibility and see to it that wages and working conditions are appropriate for all staff. Similarly, she hopes that local actors on site make it easier for tourists to act in an ecologically sustainable way, from functioning public transportation to garbage disposal, and that water is not unnecessarily wasted.

“There is an increased demand on actors today, and I hope that it isn’t transient.”

Another hope Syssner emphasises – but does not think it likely it will be fulfilled – deals with the environmental consequences of air travel.

“If we really took this environmental threat seriously, and flights became more expensive, more people would stay home or take the train. That would have enormous consequences for the tourism business.”