Trauma can cause diabetes in children

Divorce, death, a new sibling or other life crises can triple the risk of children developing type 1 diabetes. For children with a predisposition to diabetes, the risk may be 12 times higher. All according to a recent study from Linköping University. 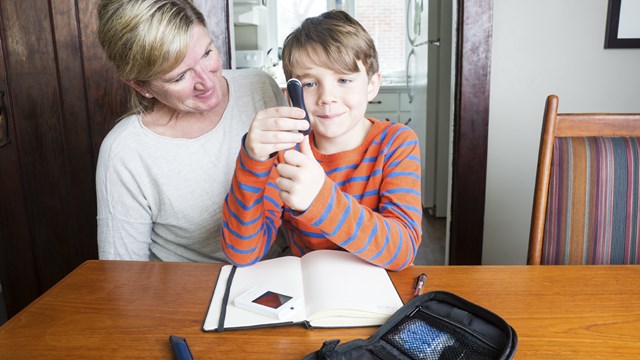 Diabetes among children is on the rise. But the reasons for its onset are unknown. We do know that genetic predisposition plays a role, and we suspect that hygiene, viral infections and dietary factors are also involved.

“Now we have been able to identify another cause. In our study we see that children with experience of serious events such as violence, death or divorce are three times as likely to develop type 1 diabetes,” says Johnny Ludvigsson, professor of pediatrics at Linköping University.

It has long been believed that traumatic events may contribute to diabetes, but now there is proof.

When some children are subject to extreme stress, their autoimmune process is triggered, which may never happen if the child does not experience a trauma. Ten years ago the researchers saw that children increasingly developed antibodies against diabetes after serious life events. Several years later, some of the children from the group had developed the disease.

“The study doesn’t say that people should never divorce. And you can’t prevent people from dying. This is just one factor among many that contribute to diabetes in children,” says Prof Ludvigsson.

The results are based on the ABIS study, where 10,495 families from Östergötland, Jönköping, Blekinge and Kalmar, with children born between 1997 and 1999, were monitored over many years. Data were regularly collected from their birth until the age of 14. The parents were asked whether they experienced stress or if they felt that they had enough social support.

“This tells us that we should be aware that traumatic events affect children in many ways. Perhaps families need some type of support from society, in conjunction with a divorce or other major event,” says Prof Ludvigsson.