Chewing gum can save lives in radiation accidents

A stick of chewing gum in your pocket can show whether your body has been exposed to a dangerous amount of radiation as a result of an accident or a terrorist attack. When the sweetening agent in the chewing gum is exposed to radiation, a substance is created which can be detected several days after the event. 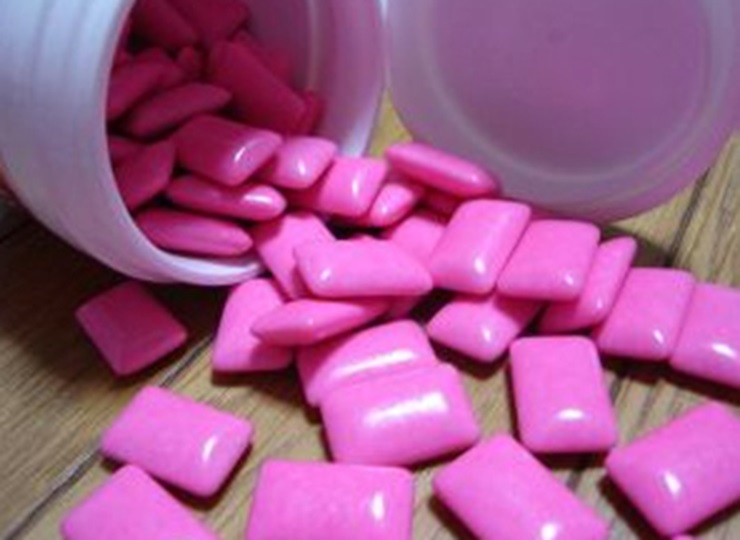 Staff at nuclear power plants, for example, carry a dosimeter – a small instrument that can indicate the radiation dose a person has been exposed to – at all times. In the event of an accident this information is important so that the right treatment can be implemented.

But it is impracticable to equip everyone with a dosimeter. Preparedness for an accident where the general public are exposed to radioactivity requires a simpler solution. A group of radiation physics researchers at Linköping University looked for an everyday article that many people carry around in their pocket or bag.

“We were looking for a material in or around the body where we would be able to detect radiation doses retroactively. One thing we tried was mobile phones. By pure chance we tested some chewing gum,” says Axel Israelsson, who documented the findings in his doctoral thesis.

It is xylitol, the sweetening agent in the chewing gum, that is altered when it is exposed to ionizing radiation. Substances known as free radicals are formed, which are conserved in the crystalline material and can be measured with a spectrometer.

Terrorist attacks with “dirty” bombs or incidents with radioactive waste are credible threats where a simple and fast method of measuring radiation exposure is crucial. In a densely populated area it would be enough for a few people to have chewing gum in their pockets to assess who is in need of medical attention.

“The important thing is to point the way to the right medical treatment and separate out those with the greatest need of attention,” Mr Israelsson says.

Investigated whether hair could function

The research group also investigated whether hair could function as a biological measuring instrument for uranium, for example among people who drank water from wells bored into mountains or who work in the nuclear fuels industry. By investigating individual strands of hair using advanced methods, the uranium traces stored at different times could be detected.

The research was financed by the Swedish Civil Contingencies Agency (MSB in Swedish) and the Swedish Radiation Safety Authority.