Several new fellows are in place and their groups have started to form. One year ago the Wallenberg Center for Molecular Medicine Research (WCMM) was officially opened. The second year starts off with a symposium on 7-8 December.
WCMM is a 10-year joint venture funded by Knut and Alice Wallenberg Foundation, Linköping University and Region Östergötland. By highlighting questions in molecular medicine research, in the interface between human and technology, WCMM at Linköping University will help reposition Sweden as a world-leading life science nation. And they are on their way. 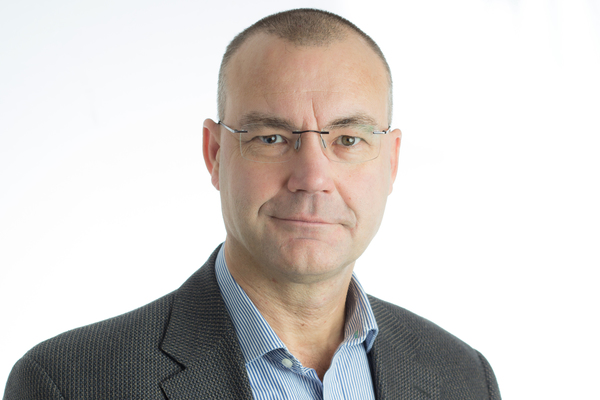 The pre-clinical fellows have their research position covered full-time for four years. The upcoming clinics will have a 50 percent research funding for five years.
– We try to find people and groups from both categories that can collaborate. In terms of preclinical fellows, we have an international focus. Whereas for the clinical fellows the focus is more on a national level and maybe even within the county, says Stefan Thor.

The official opening ceremony took place with a two-day symposium with invited national and international researchers, the newly-employed fellows and LiU researchers already connected to the center. The idea then was that the symposium would be a recurring event, and this has been realized. On December 7-8 the Center will organize its second symposium, yet again with several top names in the molecular medicine field as lecturers.

As a center, they have come a long way, says Stefan Thor, since WCMM has already become a natural meeting place for researchers, especially interdisciplinary.
– Our fellows have quickly got under way with shaping their groups and seeking collaborations. It is also very nice to already see new forms of collaboration between faculties and different labs, says Stefan Thor.

Co-operation is something Stefan Thor often returns to and believes that the strength of WCMM is as a meeting platform.

– The more fellows that get in place the more meetings there will be. Now the groups are growing more and more as PhD-students and postdocs are employed in the groups.
If we can contribute with a platform that focuses on research and can create different meetings, such as symposia or smaller forums, both the groups and the research will benefit in the long run.

This year's symposium again holds an exciting list of lectures (see the program below) with both external and internal speakers. Additionally, there will be a poster exhibition from LiU and Region Östergötland, where the research in the area will have a chance to present itself further.

WCMM's symposium will take place on 7-8 December in Hugo Theorell lecture hall, Linköping University Hospital. Read more about the symposium and the program here by clicking the link below.

2nd Annual Wallenberg Center for Molecular Medicine, WCMM, Symposium - 7-8 December. We invite you to partake in the second WCMM-LiU symposium, an initiative focusing on the Medicine-Technology Interface.