With the tiger in focus

Biologist and master’s student Rebecka Le Moine is in the Satpuda Maikal area of India right now, doing an internship for the World Wide Fund for Nature (WWF). The tiger is the focus of her project. 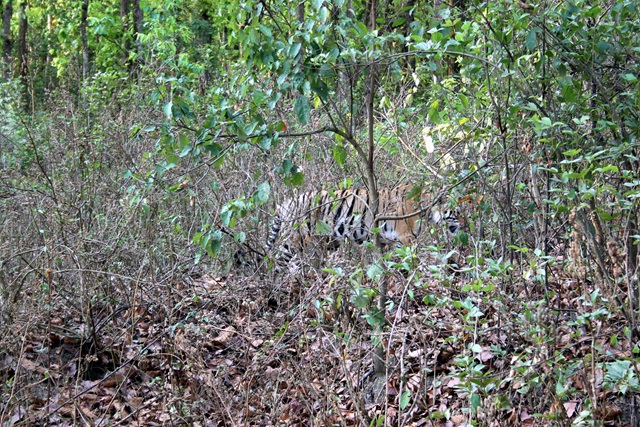 Photo credit: Rebecka Le Moine“I did my bachelor’s project on WWF projects in India, and have kept in contact with them since then. Now I’m studying the master’s programme in ecology, environmental and nature conservation, so I got in contact with my old supervisor to see if there was any suitable project for me in India – and there was.”

What are you doing?
“My main project is to investigate whether it’s possible to say anything about the biodiversity in the landscape here in central India – how various species manage, from flowers to insects to tigers. I’m compiling a mass of collected information to produce the figures. Tigers play a major role in this work because there’s a lot of data linked to them. If you can survey how it’s going for the tigers in this landscape, it will also be possible to prioritise nature conservation efforts. If we succeed in protecting the tigers, we have to retain their forests and land; this means also protecting other species that live there.”

Are there other reasons you’re focusing on the tiger? 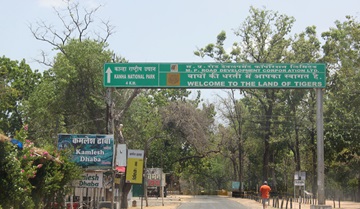 “Yes. For example, an international agreement was signed in 2010 about doubling the number of tigers in the world up through 2022. Thirteen countries signed the agreement. Many feel a need to protect them. The tiger is a national symbol in India; it means a lot historically and culturally, and symbolises power and respect. It is of great significance for the ecosystem and is also important for tourism. Here where I am, there’s the Kahna tiger reserve, which is known for its tigers.
“For me, the tiger symbolises biological diversity, which is the most important thing for me as a biologist.”

Are you also mapping the tigers’ movements based on the danger for those who live in their areas?
“Yes, in a way. I’m helping various projects as regards surveying, and knowing the tiger’s movements in the landscape is important. But there aren’t any tiger-human conflicts in the area I’m working in, and it’s been populated by both people and tigers for a long time. On the other hand, there is a high level of poverty there, and if a tiger takes a cow or a goat, that has a great effect on the farmers’ economy. WWF is working on financially compensating those affected by this. I’m also interviewing the local population and taking part in field studies where it could be about setting up camera traps where the tigers’ movements are being mapped.”
“Another safety aspect concerns women who are out gathering wood in the forest. They’re out where there are tigers, and that creates worry and fear. WWF is trying to help by creating biogas facilities to thus cut down the time they spend in the forest.”

You’ve been out in the forests and seen several tigers, though from a car platform. What’s it like, seeing them up close? 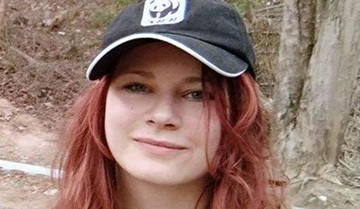 “Totally fantastic. Seeing and experiencing what I’m passionate about and fighting for gives me an unbelievable amount of energy! I was lucky and saw three tigers in two days, so of course I feel a great deal of gratitude for my encounters. But being in their home area also provides an understanding of nature and of the tigers. As a biologist, it’s important to get a feeling of what kind of nature they require, and the best way to get that is seeing and experiencing, rather than reading about it. Beautiful nature and encounters with animals is the best thing I know, and I want future generations to also get to experience the lovely feelings it gives me.”

You’re blogging about your six-week-long internship, and bring up a number of reflections you’re having during this time. Could you talk about them?
“Everything is extremely different from comfortable old Sweden, where the big problems happen ‘somewhere else’. They’re happening here, right in front of my nose. Poverty, pollution, overpopulation and corruption are constantly present here. The big rifts and contrasts make me think about this world and our role as people in it. And besides, everything happens on such a large scale and at such a furious pace here in India. If you want to work with sustainability, I think it’s important to see the issues from an overall perspective, and the social and economic aspects also come in here. Here in India, it becomes so concrete. Is it really possible to work with all these issues simultaneously, in practice? What do we want to achieve, in the short and long term? Nothing is in black and white; everything hangs together. I absolutely think it is possible, but all fields must be confronted. As a biologist, you especially have to realise how important it is to work across disciplines, for example together with political scientists and economists. It’s a question of daring to test new ways forward rather than conducting ‘business as usual’ – in that case, we won’t be able to break the negative trends.”