Woolfson, Emeritus professor of Labour Studies at REMESO, will embark on a lecture tour to East Asia this autumn. He will visit Nanyang Technological University, Singapore, then Chung-Ang University, Seoul, and finally, Ritsumeikan University, Kyoto to discuss the implications of Brexit in its Asian dimension. 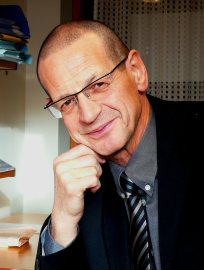 Photo credit: Erik BerggrenWoolfson, will meet with colleagues and students in departments of sociology and international relations in each country.

While the economic impact of Brexit on East Asia may be quite limited, the same cannot be said in the reverse direction. Britain is the site for important Japanese and Korean investment in vehicle and electronic manufacturing plants, the outputs of which are exported to the European market. The future of such investment looks increasingly problematic in post-Brexit trading arrangements between Britain and the European Union that are likely to see significant tariffs imposed on products manufactured in the UK.

Charles will argue, controversially, that while Brexit is in many ways profoundly negative, leaving the EU superstate also offers new opportunities for the development of a more inclusive, democratic and popular nationalism that is not driven by xenophobia and racism. This ‘progressive nationalism’ has the potential to link to an internationalist perspective, reaffirming trade union and socio-economic rights for working people of whatever origin, whether native or immigrant, finding common interests in resisting exploitation of their labour.

Can a ‘progressive nationalism’ be realized in the context of Brexit? Not if a ‘hard Brexit’ is adopted in which the UK follows the low regulation ‘Singapore model’ based on World Trade Organization rules that some are arguing would provide a viable scenario for a post-Brexit Britain. The debate promises to be interesting and one in which Charles is looking forward to hearing his Asian colleagues’ views. Charles’ work on Brexit has now been translated into Spanish, Korean and most recently, into Japanese and is published in the prestigious ‘Ritsumeikan Hogaku’, the proceedings of the Law Association of Ritsumeikan University.